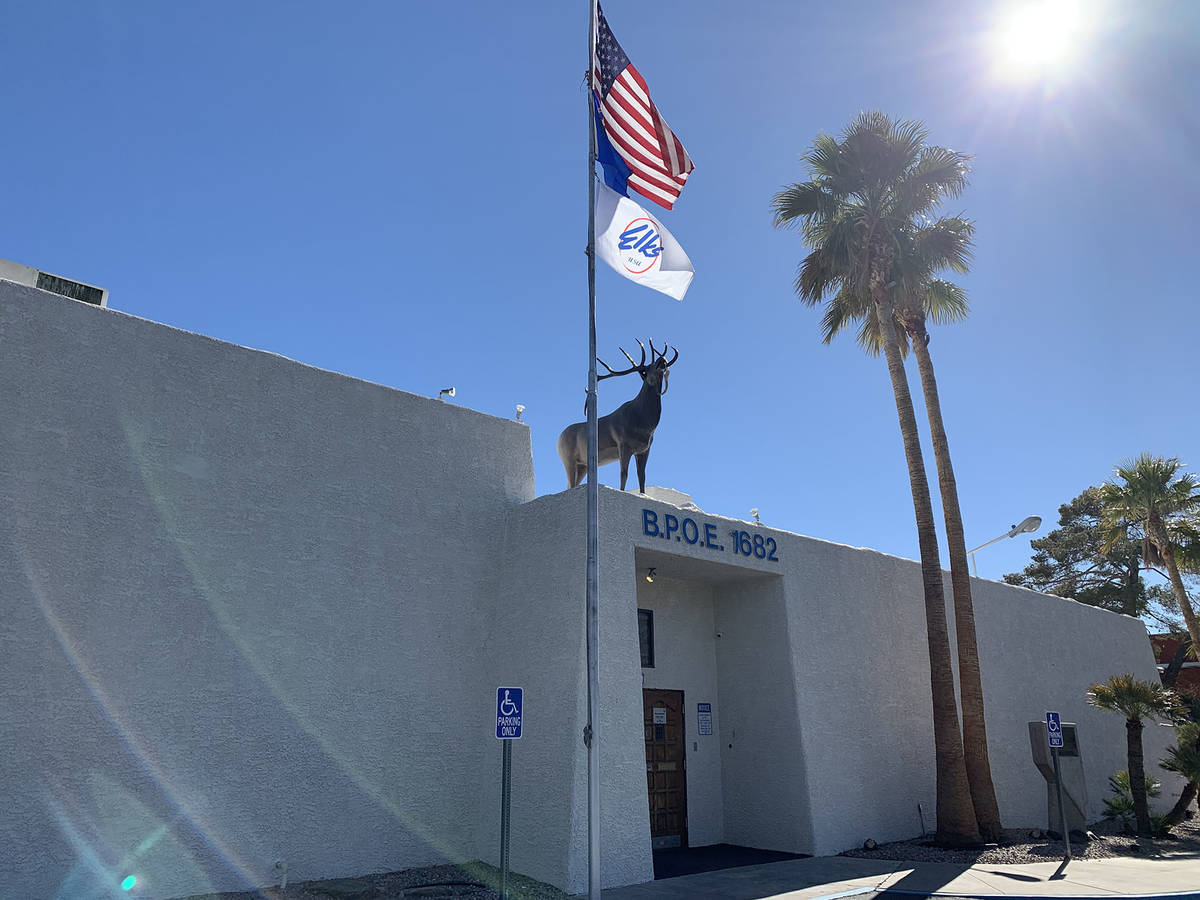 (Hali Bernstein Saylor/Boulder City Review) Boulder City Elks, Lodge 1682, is celebrating its 75th anniversary this year through its continued support of the community.

Senior citizens, children, scholars, athletes and those in need have been beneficiaries of members’ fundraising and volunteer efforts.

The lodge, which has 890 members and was established in 1946, is one nearly 2,000 across the nation following the example/mandate of the national organization, the Benevolent and Protective Order of Elks, which marked its 153rd anniversary earlier this year.

Included in its mission statement is “to promote the principles of charity, justice, brotherly love and fidelity; to recognize a belief in God; to promote the welfare and enhance the happiness of its members; and to quicken the spirit of American patriotism.”

Since its founding, the Elks nationwide have donated about $12 billion to the causes it supports, including about $4.5 annually for scholarships, and $50 million last year to more than 300 Veterans Administration medical centers, clinics and state care facilities.

Locally, the lodge raises about $25,000 each year, which is used to provide scholarships to outstanding seniors at Boulder City High School, Thanksgiving and Christmas baskets to those in need, regular bingo sessions and holiday gifts to residents of the Southern Nevada State Veterans Home and support patriotic efforts on Memorial Day and to recognize naturalized citizens.

Mike Parsons, a past exalted ruler, said the lodge is “big on youth and veterans.” It regularly hosts events such as basketball and soccer competitions, a picnic for graduates of the DARE (Drug Abuse Resistance Education) program and holiday visits with Santa. The lodge also sponsors Boy Scout Troop 7, which is the longest continually sponsored Boy Scout troop in the country.

In addition, its members donate thousands of hours of service to the community.

“It’s a great feeling of pride that I did something good for others,” he said of why he joined and belongs to the Elks.

Helen Breeden, office manager and public relations officer for the lodge, said the lodge also supports a new state cause each year through donations.

The lodge is housed in the former TWA terminal for the original airport on Boulder City Parkway, where it hosts fundraisers and social events.

To join, a person must be recommended by an existing member of the lodge. The only “requirements” are that a prospective member must be an American citizen 21 years or older, be of good moral character and believe in God. The fraternity is nonpolitical and nonsectarian.

Breeden said it takes about two months from application to membership.

Currently, members range in age from 22 to 85, she added.

While most of the lodge’s activities are to support the community, it does offer a few events and clubs just for members, their spouses and families, including an annual picnic, darts and horseshoe leagues and Queen of Hearts drawing.

Travis McComb is serving as the lodge’s exalted ruler.