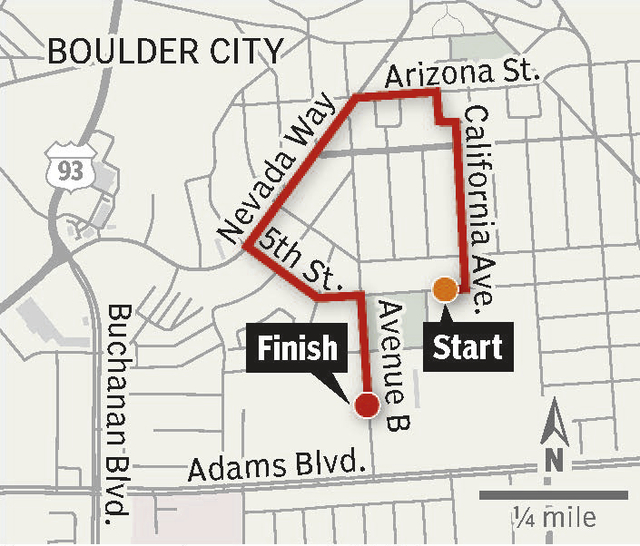 Boulder City High School will play its annual homecoming football game Friday night, with festivities for students and alumni before, during and after the game.

After several dress-up days for students to help build spirit and school pride, including today’s band T-shirt and Friday’s rock band decades or class colors days, the annual homecoming parade will travel through the heart of downtown starting at 6 tonight.

The parade begins on Fifth Street near the school’s parking lot. It travels on Nevada Way before heading back to the school and ending in the parking lot near the football field for a tailgate party, said Cheryl Herr, student council adviser.

The parade will feature about 25 entries, including class floats, fall sports teams and the school’s marching band.

Last year’s addition of a duke and duchess from Mitchell Elementary School was such a success that new royalty from the school will be included this year, as well, she said.

Additionally, she expects the choir from King Elementary School to join the parade.

The tailgate party will feature food and music by DJ Mike Pacini.

Friday’s game kicks off at 7 p.m. against Del Sol High, which is currently 3-2.

The homecoming king and queen will be crowned during halftime.

Students will attend the homecoming dance at 7 p.m. Saturday in the school’s auxiliary gym.