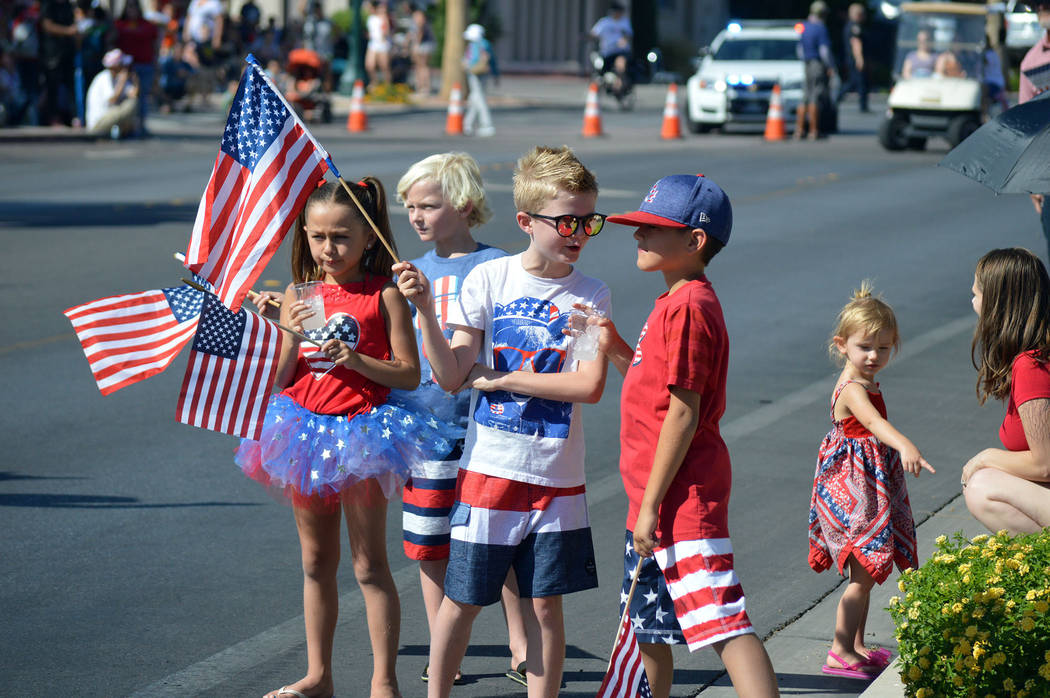 Some of the 70th annual Damboree parade's younger spectators talk in between the floats' arrival. This year's parade begins at 9 a.m. July 4. 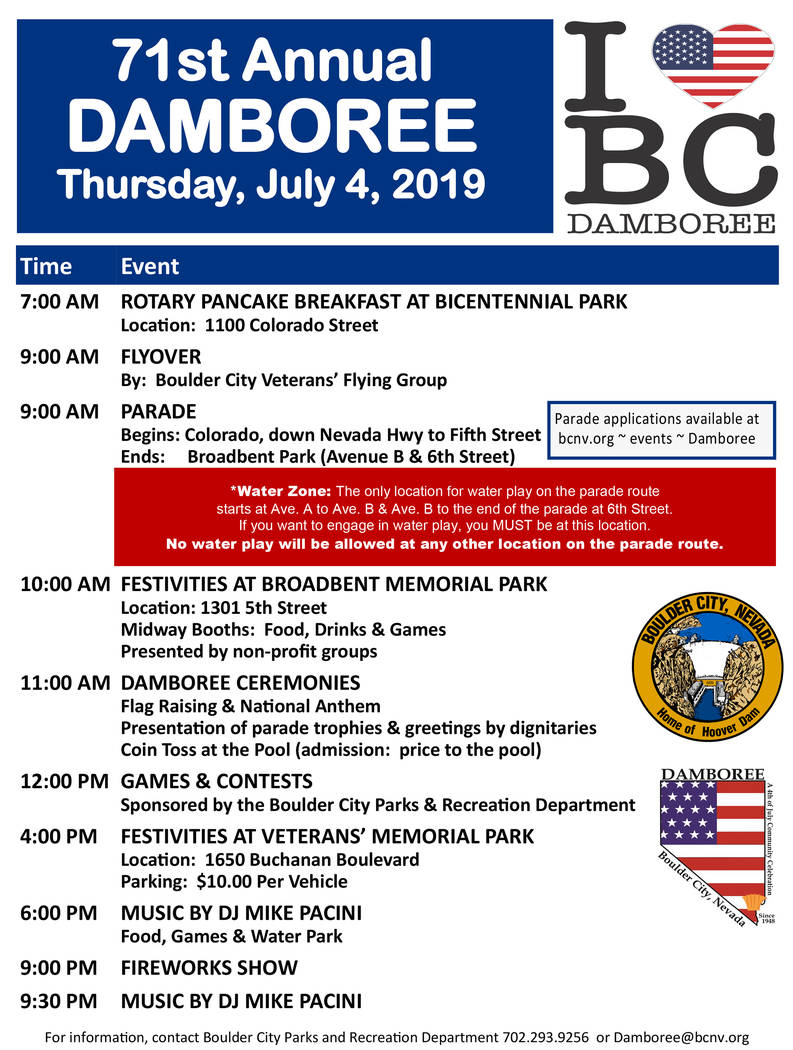 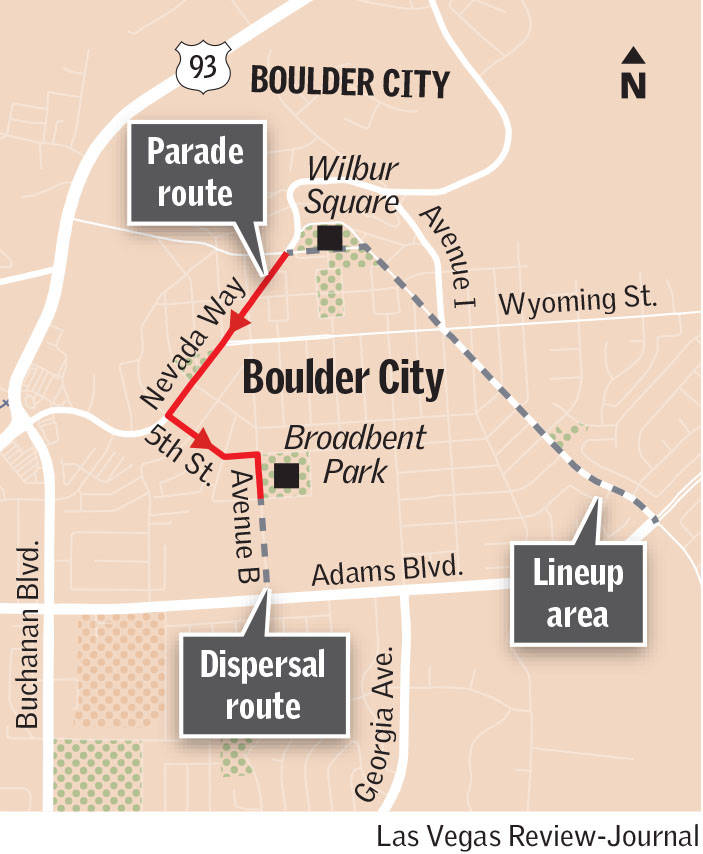 Boulder City’s annual Damboree Fourth of July celebration is back for another year and will again offer a day of food, celebration and fun for all who attend.

“This year’s theme is I ♥ Boulder City,” said Roger Hall, Parks and Recreation Department director in an email.

The day’s festivities start at 7 a.m. with the free pancake breakfast at Bicentennial Park, 1100 Colorado St., put on by the Rotary Club of Boulder City. At 9 a.m., the Boulder City Veterans’ Flying Group will do a flyover to start the parade downtown.

“The parade will begin on Colorado, travel down Nevada Highway to Fifth Street, making its way to the main stage at Broadbent Park (Avenue B and Sixth Street),” Hall said. “It is important to note that the only location for water play on the parade route starts at Avenue A to Avenue B and Avenue B to the end of the parade at Sixth Street. If you want to engage in water play, you must be at this location.”

After the parade, Damboree festivities, including midway booths, games, food and drinks, will take place at Broadbent Park from 10 a.m. to 4 p.m.

Damboree ceremonies start at 11 a.m. and will feature the presentation of parade awards, followed by entertainment.

This year, the annual coin toss will take place at 11 a.m. at the Boulder City Pool, 861 Avenue B.

According to Brennan, admission for those under 17 will be $2, and the pool will start admitting people at 10:45 a.m. Those who want to participate must be able to swim or have an adult in the pool with them.

“Socks work pretty well to collect the money in,” Brennan said. “We will have toys and toy coins in the wading pool for the younger kiddos. They get to keep the toys they gather, and they can exchange coins for a larger toy when they are ready to leave.”

After the coin toss, open swim at the pool will continue until 3 p.m.

The evening festivities start at 4 p.m. at Veterans’ Memorial Park, 1650 Buchanan Blvd. Parking is $10 per vehicle. Starting at 6 p.m. there will be music by DJ Mike Pacini. The fireworks will start at 9 p.m., followed by more music.

“This is our 71st year, and thanks to partners such as the Boulder City Damboree Committee, the Boulder City Chamber of Commerce, Boulder Dam Credit Union, Copper Mountain Solar/ConEdison Development, Boulder City Rotary, (Boulder City) Sunrise Rotary and so many others, it continues to be the premier event in our region,” Hall said.

For everyone’s safety, there are no fireworks, drones or firearms allowed in any of the parks on the Fourth of July.