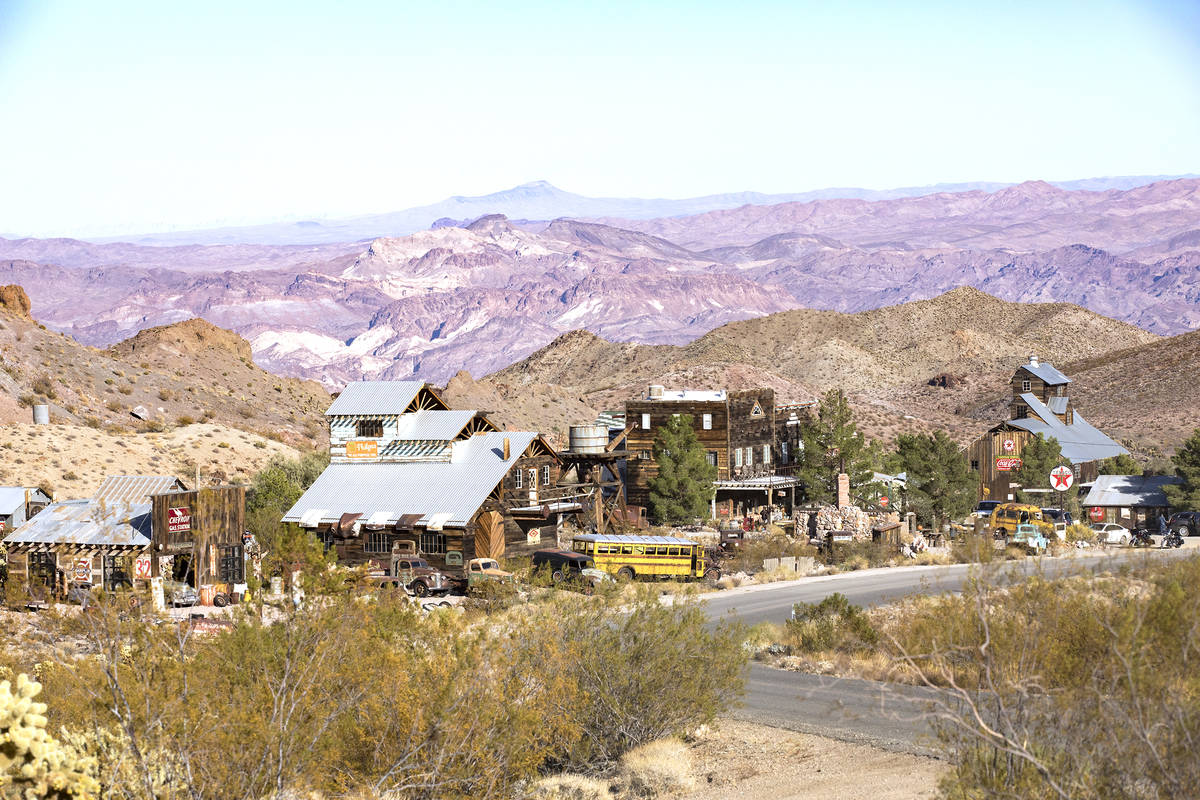 Rachel Aston/Las Vegas Review-Journal Nelson is a ghost town 45 minutes from Las Vegas. One hundred years after the Spanish named the area El Dorado Canyon, miners and prospectors established Techatticup Mine in the mid-1800s. A few years after its start, John Nash and two partners purchased the mine after a vein of gold and silver was discovered that Nash knew extended to George Hearst’s Queen City mine.

Cattle rustling and horse stealing were capital crimes in the Old West anywhere it occurred, and such a case happened more than once in this state.

Claim jumping in a mining community was about equal to cattle rustling and horse theft — a pretty dirty business. Historians note that one of the best examples of claim jumping and its far reaching effects occurred in the Queen City mine of Nelson in Clark County.

In 1873, John Nash, a man known to have very few scruples, decided to jump the rich Queen City mining claim in El Dorado Canyon. The owner, George Hearst, had done little with it as his interests were turned more toward the Comstock, at Star City, Cortez and other places.

To accomplish this planned theft, Nash needed help so he employed three desperados with a promise of $5,000 each. Secretly though, Nash arranged for one to later kill the other two, then he would double-cross the assassin and kill him. No one would be the wiser then when he got hold of the Queen City claim.

As noted by historian Don Ashbaugh, one of the three men hired for the job was from England and believed to already have been involved in three murders. One was a Frenchman, also a known murderer, and the third was a half-breed Cherokee named Jim Jones, who was a fugitive out of Arizona for horse theft.

The three did their job and ran off the employees of the Queen City mine and reported back, expecting to collect $5,000 each. Then the Frenchman launched the secret second part of the plan.

One morning as Jones was washing his face in front of their shack, the Frenchman shot him in the back. Badly wounded, Jones still managed to knock the shooter down, grab the rifle and make for the hills, leaving a trail of blood. Word was spread around the community that it was Jones who attacked the Frenchman and a posse was formed to go in search of him.

The trail was not hard to follow, drops of blood led to a scooped out glory hole dug into a steep hillside. The advantage was with Jones as he had the high ground. But the posse knew right where he was and when one, Tom King, got too close, Jones shot him dead. The others retreated and Jones picked up King’s gun to add to his arsenal.

He was able to hold off his pursuers for two full days before the blazing sun, parched lips and unbearable thirst, caused him to raise his hands in a show of surrender.

The first posse member to get to him, a Mr. Johnson, didn’t acknowledge the surrender and drew a hidden pistol from his back belt and shot Jones right through the head on the spot. He was hurriedly buried right there as well.

According to records, the jumping of the Queen City mine was a hollow victory for John Nash. It is said he was afraid to go near the property after dark and, during daylight hours, he swore the ghost of Jones lurked there.

Ashbaugh wrote that Nash was ever after “haunted by his conscience and died a miserable death a short time later.”

Another part of his fear, historians note, stemmed from the fact that the Frenchman, who was shot also as part of the double-cross, did not die, nor did the man from England, and they both continued to live close enough to plague Nash with the ever-present possibility of revealing the entire story to the authorities.

Ashbaugh doesn’t mention if the claim jumpers ever got their money. They probably did not.

This tale is one of the many that could be told of how crime does not pay in any era, and is yet another interesting story to be found when you go in search of Nevada’s Yesteryear.

(Adapted from a story by Harold’s Club, 1946, and Don Ashbaugh, “Nevada’s Turbulent Yesterday: A Study in Ghost Towns: 1963)