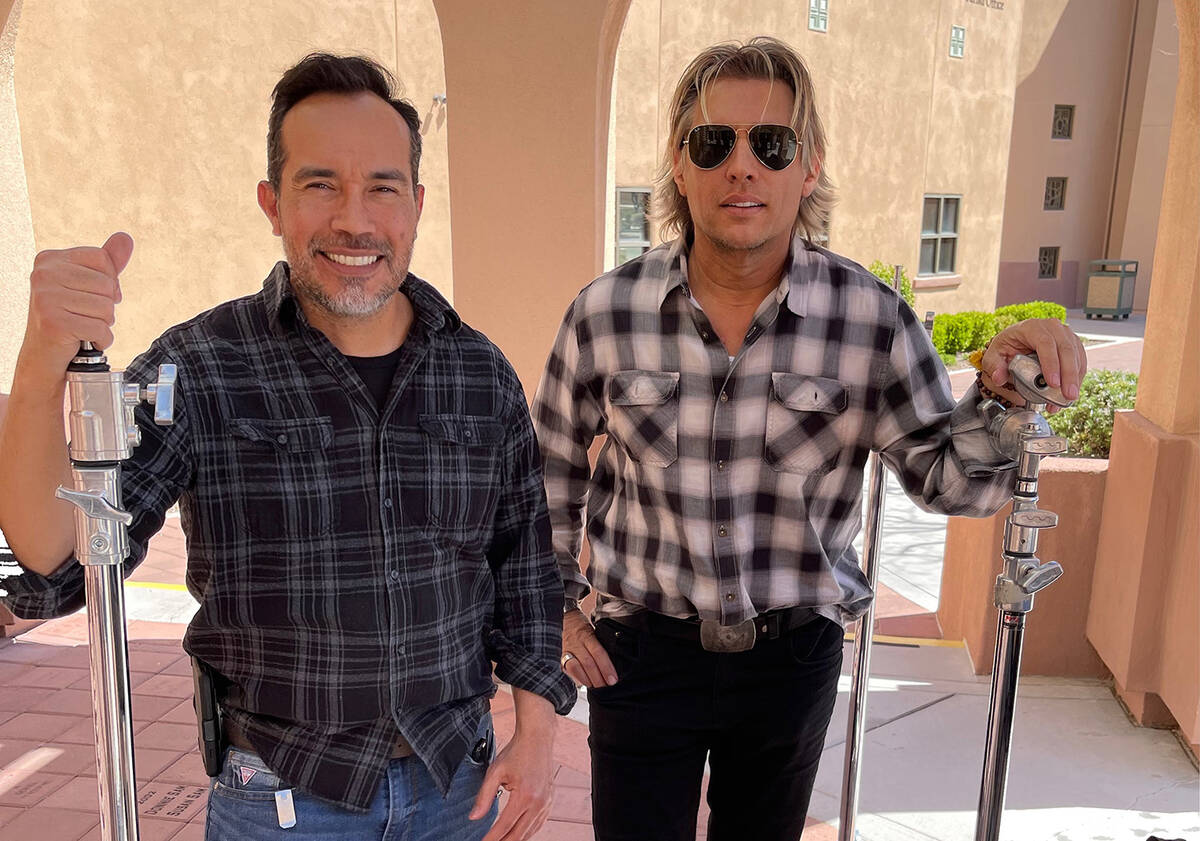 (Photo courtesy Erik Gloege) Longtime friends Adrian Leon, left, and Erik Gloege were able to collaborate on their first project together, the film “Kin Dread.” The movie, released in 2021, was filmed primarily in Boulder City in 11 days. 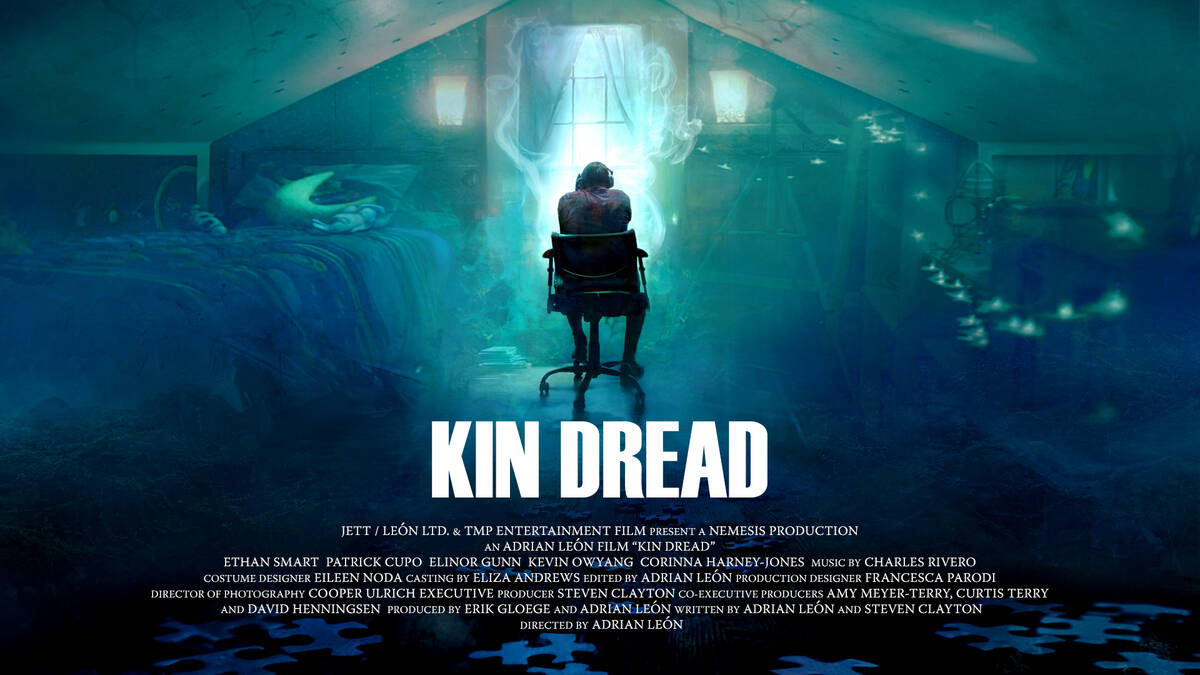 (Image courtesy Erik Gloege) “Kin Dread,” a film about an anti-social man with amnesia whose memories are triggered by a series of murders, was filmed in Boulder City.

The film, “Kin Dread,” perfect for Halloween viewing, tells the story of an anti-social sound designer named Winters, played by Ethan Smart, who has amnesia. When he discovers a string of murders in his building it triggers memories of his mysterious past and he must then race to fill in the gaps before it is too late.

Gloege, who served as producer, said they didn’t originally set out to film the movie in Boulder City and they spent months in Los Angeles scouting locations.

Once they decided to consider the town as a place to film, it “opened Pandora’s Box,” Gloege said.

“It was perfect,” said Leon, who directed the film and co-wrote it with Steven Clayton. “Ironically enough, the buildings here were perfect.”

According to Gloege, the Elaine K. Smith Building doubled for the apartment complex where Winters resides. They built his apartment inside and used the underground parking area as well.

Their “kill house” was the former home of the late Sandy Nelson and the old Los Angeles Department of Water and Power Building served as their mental hospital.

Several other locations around town were used. They also used to shoot a scene outside of Blue Diamond of a car on an isolated road in the desert.

Leon said he liked the city’s historic feel and that Boulder City doesn’t have the “typical Southern Nevada look,” which made it an ideal place to shoot their film, which had a relatively low budget.

“To get any independent movie made is a miracle. This kinda was,” he said, adding there’s usually “never enough money or time to get your vision out.”

Because of his vision for the film, there were certain elements he was not willing to sacrifice and they were fortunate that the locations and condensed timeline allowed them to complete the film.

Leon said they were also fortunate enough to hire Smart and Elinor Gunn for the leads. After filming, Smart went on to appear in FX’s “Snowfall” and Gunn was cast in CW’s “Legacies.”

Gloege and Leon said they had been waiting 20 years to find the right project to work on together.

Gloege, a native of Southern California, was a drummer and member of the band Darling Cruel. He also recorded four CDs and went on seven tours with Sass Jordan’s band. He won a Grammy and performed on more than 35 top records. After moving to Nevada in 2000, he became a director and producer of film, television and radio programs. Additionally, he has helped several candidates with their political campaigns.

Previously, Leon directed the movie documentary “Trafficked No More” and the documentary “One,” about three teens who go on a journey from the inner city to the rural mining hills of Nevada, as well as music videos. He also has been nominated for several Emmys.

Released a year ago, the movie can be streamed on Prime Video, Google Video, YouTube and Tubi.

As the film’s audience continues to grow, they said they hope it will find a major distributor.