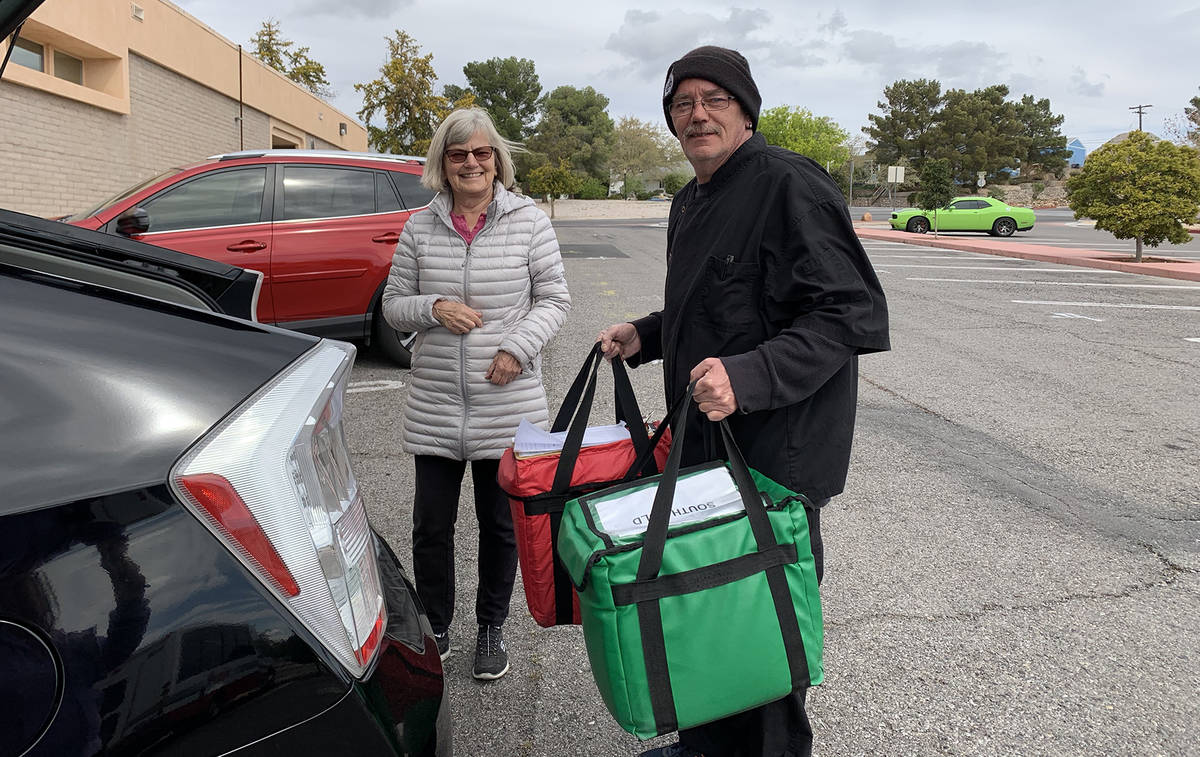 (Hali Bernstein Saylor/Boulder City Review) Tim Thomas, who works in the kitchen at the Senior Center of Boulder City, loads hot and cold foods into Jane Lyon’s car Thursday, March 19, 2020, so that she can deliver them to homebound senior citizens through the Meals on Wheels program. 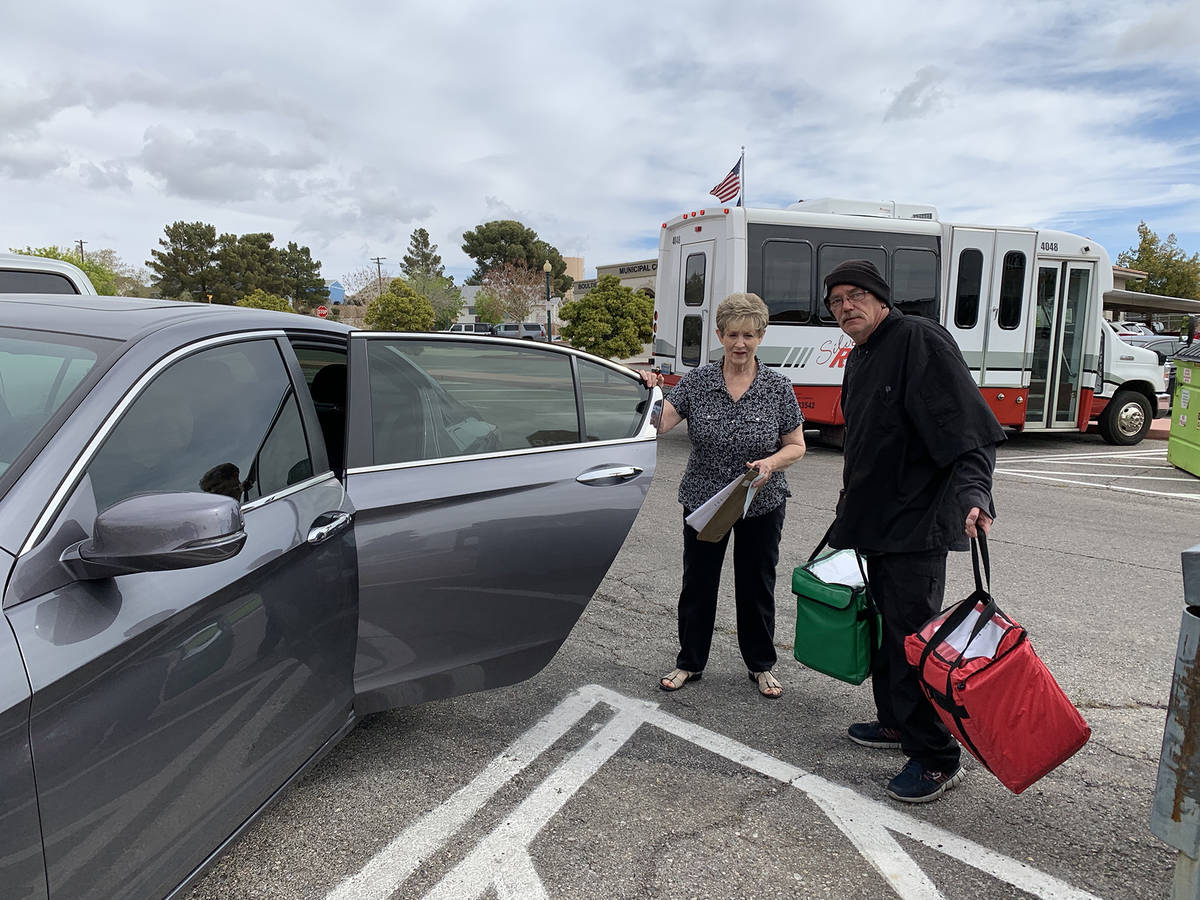 (Hali Bernstein Saylor/Boulder City Review) Kathy Emling, president of the Senior Center of Boulder City and volunteer Meals on Wheels delivery driver, gets some help from Tim Thomas, who works in the kitchen, to put hot and cold foods into her car Thursday, March 19, 2020. In addition to providing meals to their regular homebound senior clients, the center is now delivering food and necessary household supplies to those who would normally visit the facility.

For many of the community’s older residents, the Senior Center of Boulder City is a place of refuge. It feeds their souls with camaraderie and literally keeps them well-fed.

It has always ensured that those who could not leave their homes received a good meal through its Meals on Wheels program. But now that COVID-19 has curtailed activities and closed the facility to all but staff, efforts are underway to make sure that those who regularly visited still get a good meal and a friendly hello, said Victoria Mason, the center’s executive director.

Since it closed to the public March 17, the center has been delivering meals to 68 seniors who usually would dine at the facility. Mason said the center normally sees 90-120 people daily for lunch and activities.

“Yes, I can’t do anything about the activities,” Mason said. “I have 300 lives on my shoulders. It’s more important to me to keep everyone OK rather than having one person get sick.”

She said she began making alternative plans for keeping seniors fed and healthy as soon as it became evident the center would likely be forced to close.

In addition to providing hot meals to those who would usually dine there, the center delivers food to 47 homebound seniors through the Meals on Wheels program, Mason said, adding that her new Meals on Wheels coordinator, Gina Garcia, is keeping everything running smoothly.

“We started with three routes of six or seven. Now we have four routes of about 14.”

Mason said this was necessary because she has a limited amount of equipment to keep hot foods hot and cold foods cold. She said she tried to procure additional hot plates but wasn’t able to get them.

“We will have two or three volunteers making sure everyone is OK or if they need anything,” Mason said.

The center also is offering care packages to those who request them. Mason said these packages will include household items such as toilet paper and soap or nonperishable food from the pantry.

Mason said Mitchell Elementary School donated a pallet of toilet paper, and she was able to get antibacterial soap.

“If the people they speak to do need supplies … we will knock on the door and leave care packages on their doorsteps. The driver can back up and wave so we maintain our distance.”

She said the center also will be able to deliver packages of fresh produce, usually provided through the Senior Share program in conjunction with Three Square Food Bank.

“They have to call us (to reserve a package),” she said. “We are walking it out to their cars so all are still safe.”

At the moment, Mason said she has enough volunteers to handle the extra work. Regular Meals on Wheels delivery drivers have expanded their routes or taken on another one.

Additionally, Mason said she is in contact with Boulder City’s community development director Michael Mays, who has offered to have city staff help if needed. The Silver Rider, which used to bring seniors to the center, particularly those from Quail Ridge Manor, is now bringing meals to them.

Still, she is creating a list of those who would like to volunteer. Those interested, or those who need help, can call the senior center at 702-293-3320.