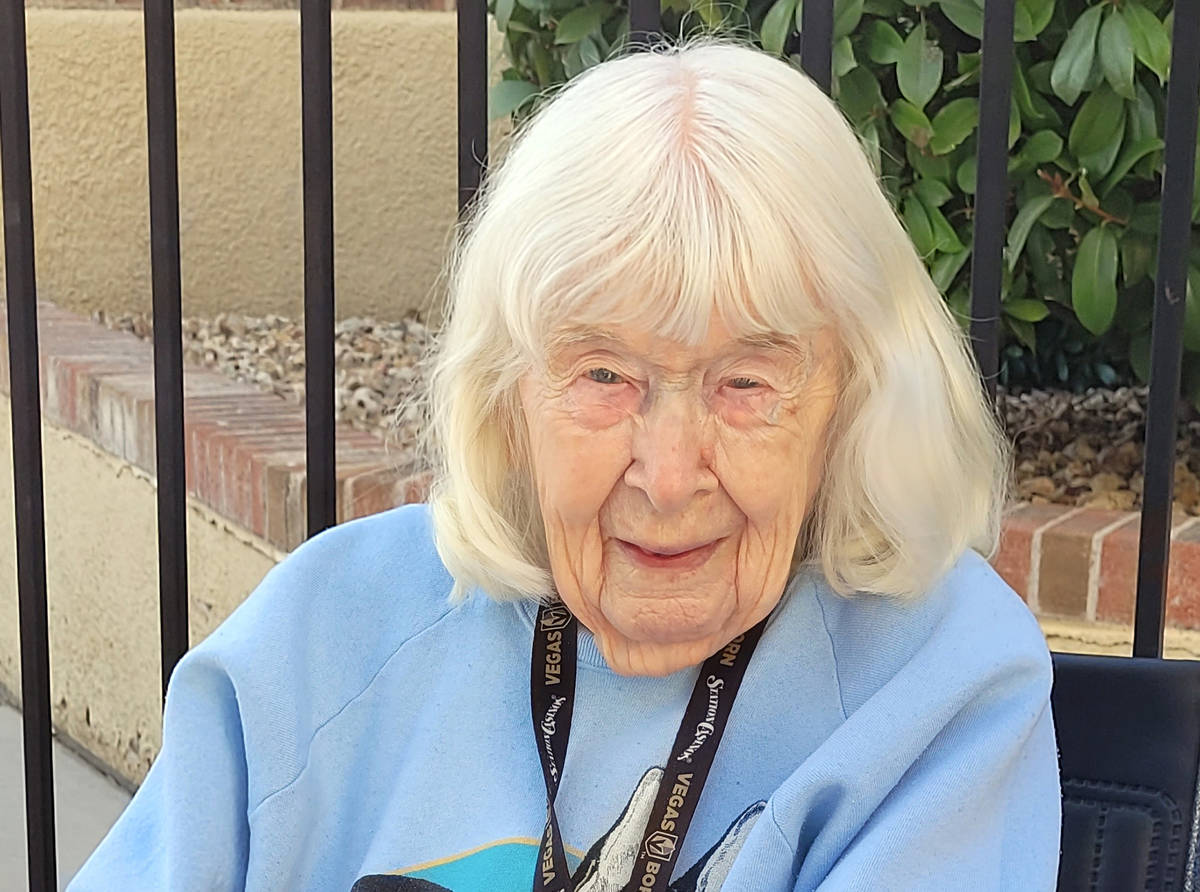 Celia Shortt Goodyear/Boulder City Review Dorothy Burns turns 103 on Monday, Dec. 7, 2020. She is a resident at Lakeview Terrace, and the facility held a drive-by birthday celebration for her. 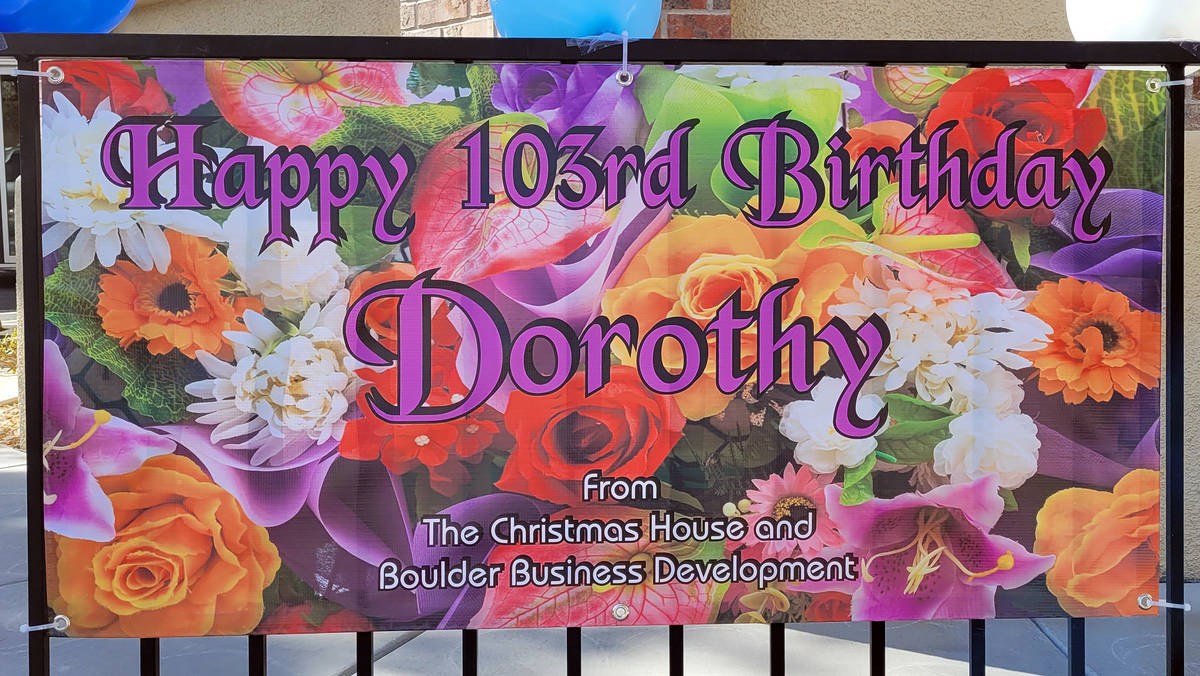 For many people in Boulder City, Monday was just another day. For Dorothy Burns, it was something special because she celebrated her 103rd birthday.

Described as a gracious and caring lady by her granddaughter, Burns moved to Boulder City a little more than two years ago. Up until then she lived on her own and even drove until she was 100 years old.

“We love this place,” said Denise Leonard. “She seems to be really thriving here.”

Burns said she was “very surprised.”

“I wasn’t expecting anything,” she said.

“Grandma doesn’t like us to fuss over her,” said Denise Leonard.

“But she loves it when it happens,” added her son, Speed Burns.

“Very few people reach 103,” he said. “She still seems kind of spry and she still reads a lot.”

She is from New York and worked as a clerk in a prison while she lived there.

Denise Leonard said her grandmother has survived some major illnesses in her life.

“In her early years, she had scarlet fever, mumps, whooping cough and measles,” she said. “She figures having had everything at an early age, this made her impervious to illnesses in later life.”

She said she also survived metastatic melanoma when she was 100.