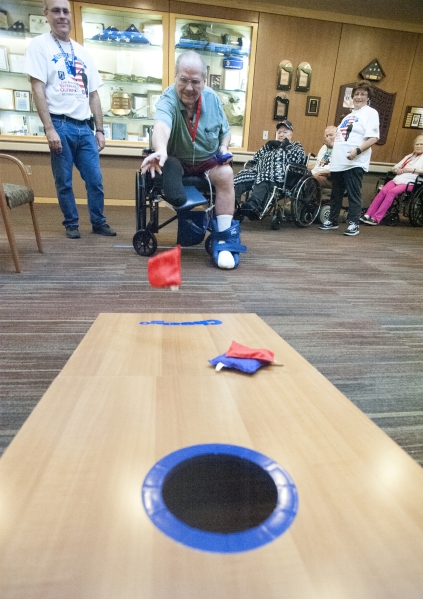 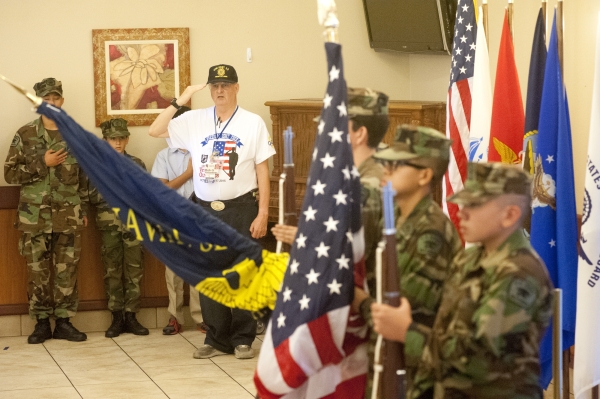 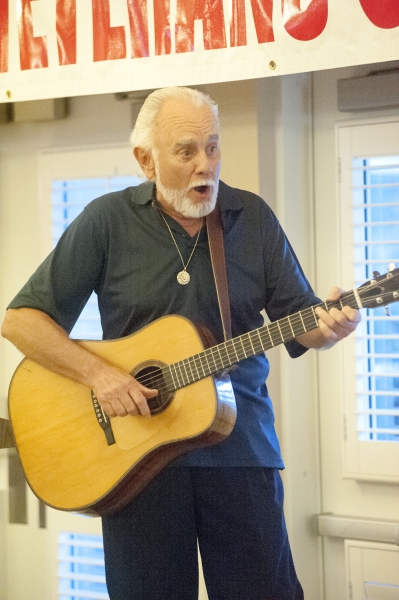 Carmen Marquez finished in third place in horseshoes. When asked why she did so well, she said she didn’t know, even though it was the first time in her life she had ever lobbed a horseshoe. Marquez is the widow of a Vietnam Army veteran and said she has “lived in the home a long time, and I never tell how old I am.”

Submarine veteran Donald Ogg won the horseshoes competition and has the distinction of being the only veteran in the home who also has a son and fellow veteran living there — Karl Ogg.

Air Force veteran William O’Brien took second place in the ring toss competition and said he just moved into the home four months ago. He is a first-time ring tosser but noted it’s a lot easier than his past service duties. He was a pilot in WWII under the Air Defense Command, and among other assignments he provided air support for ground personnel at Normandy.

Home Administrator Mark McBride commented that “the residents were completely delighted with the Olympics. The weather didn’t cooperate, but we still very much enjoyed the activities. Some new games were donated, and we had a tremendous amount of support from volunteers and staff.”

Volunteer Coordinator Julie Boyster said that even though the event had to move indoors, “It was amazing.” She said the residents thoroughly enjoyed it, and the old-timers who experienced the Veterans Olympics in the past now “really look forward to it each year.” Speakers who gave brief remarks included Home Administrator Mark McBride, Director of the Nevada Department of Veterans Affairs Kat Miller, and Boulder City Mayor Pro Tem Cam Walker.

Volunteer Coordinator Sue Vargochik gave credit to the many volunteers who supervised the event. “Volunteer Bob Garlow was able to get members of the U.S. Naval Sea Cadet Corps Van Voorhis Squadron to post the colors under the direction of Executive Officer MCPO (Ret.) Craig J. Norton, and also recruited members of the Civil Air Patrol to volunteer.” Cadet Commander Jadyn Carlston, a 14-year-old student at Northwest Career and Technical Academy, said although it’s the first time he has been at the home, “The Civil Air Patrol does a lot of volunteer work” at numerous events. A member of the Scottish-American Military Society Post 711 provided marching drum accompaniment when the colors were posted. Vargochik added that in addition to the volunteers, “much of the success of the event was due to the various departments in the home including Housekeeping, Maintenance, Dietary Activity and Clinical. It was teamwork, and we are the village where everybody pulls together.”

— Chuck N. Baker is an Army veteran of the Vietnam War and a Purple Heart recipient. Every other Sunday he discusses veterans issues over several Lotus Broadcasting AM radio stations in Southern Nevada.