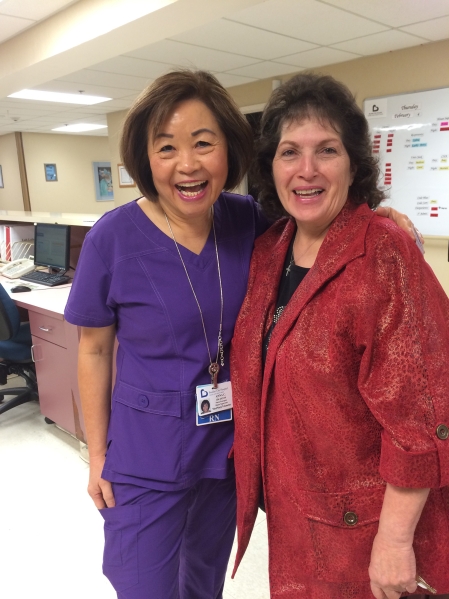 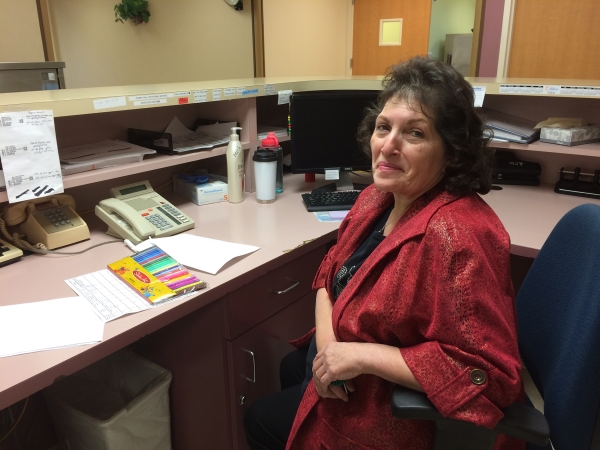 A piece of the old tile roof from Boulder City Hospital sits on Lydia Moore’s desk. She doesn’t know who brought it to her, but she treasures it.

It serves as a small reminder of the many years and experiences she has had during her 47-year career at the hospital.

Two facilities, several expansions and remodels, numerous job titles and eight administrators are among the changes she has seen in more than four decades at the hospital. But the one thing that never changed or wavered was her desire to help others.

“I always wanted to be a nurse since I was a little girl,” she said a few days before retiring. “I have been working since I was 11 in a hospital (starting) in Arizona where I was a candy striper.”

Moore, who retires today, said she will miss many things, most notably helping the hospital’s elderly patients.

“I have no idea what I am going to do, though I have been offered three jobs,” she said.

At the moment, however, Moore said she has no immediate plans to go back to work. Instead, she would like to take some time to get her house back in order and do some volunteer work.

Moore said she put her household on ice and devoted eight years to caring for her parents.

She started her career at Boulder City Hospital on Nov. 2, 1968, as a nurse’s aide. At the time, her duties included stints in the emergency room, where staff would go into the field when calls came in.

Moore said the hospital’s range of service stretched from Hoover Dam to Searchlight and even included the occasional visit to Needles, Calif.

“There was no ambulance service. We had to go with volunteers on emergency calls. We made the call if the patient needed to go to Boulder City Hospital or to UMC (University Medical Center) or Sunrise Hospital,” she said.

As she continued her education, Moore later became a certified nursing assistant. Her next position as a unit clerk “came quite by accident.”

Moore said she was going through patient cards one night before the nurses got their reports to keep things organized. The charge nurse suggested she become a unit clerk, a position that didn’t exist at the time, and Moore was given two weeks to prove her worth and the need for the job.

“Before the time was up, they added three more girls,” she said.

Eventually, Moore became a licensed practical nurse and a registered nurse. She worked as the night house supervisor and a unit manager.

It was while serving as interim director for the home health unit that Moore discovered she was allergic to latex. That resulted in her becoming a discharge planner.

She has been in her current position since 1998.

In addition to enjoying her time working with the hospital’s elderly patients, Moore said she has fond memories of the former nursery and birthing center.

From the receptionist at the front desk to the patients and staff, Moore has touched many lives at the hospital.

Anna Chan, house supervisor who has worked at the hospital since 1993, said she will miss Moore’s “awesomeness, her smile and her caring nature.”

“My problem solver is gone,” she said, adding that just because Moore doesn’t work at the hospital doesn’t mean they will stop being friends. “She’s my buddy forever.”

Not one to sit still, Moore said she plans to stay busy through her roles on the board of Lend A Hand and Faith Christian Church.

“I might go into something for the elderly,” she said, adding that she hopes to do some “in-service” through the church in the community.

She also hopes to do some camping, find time for some crafts and crocheting, and visiting with her family.

Moore was one of eight children and four of her siblings live in the area. She also raised her brother’s daughter, who she considers her own child, and has two grandchildren.

Her husband died three years ago.

Whatever Moore decides to do, one thing is certain: It will involve caring for others. For now, she will remain content keeping her skills sharp caring for her three Yorkies, who are the “love of my life.”