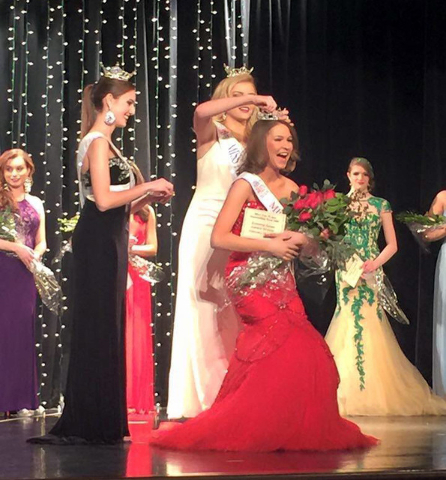 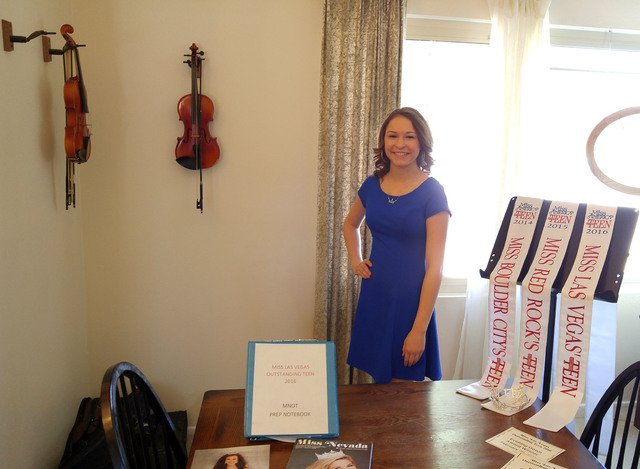 Blatchford, a sophomore at the Las Vegas Academy, previously earned the title of Outstanding Teen for the Miss Red Rock and Miss Boulder City scholarship pageants.

A pageant fan her entire life, Blatchford thinks she may have inherited the trait from her great-grandmother who was a pageant girl in 1920s California.

According to Blatchford, the pageants’ focus on community service and excelling in school has been irreplaceable in her personal development and she hopes to stay involved in the Miss America programs once she turns 18 and advances beyond the Miss Teen organization.

All participants in the Miss America organization are required to promote their own charity platform and Blatchford’s self-developed program, Performing for Pennies, was born of her passion for music, which has been a central theme in her life since she began playing the violin when she was 4 years old.

Although still active in Boulder City with volunteer work and attending St. Andrew’s Catholic Church and related events, Blatchford chose to attend the academy because the school allowed her to further her violin studies. Now, through Performing for Pennies, Blatchford raises money to provide similar opportunities for students who are unable to afford their own instruments or private lessons.

“Throughout my entire life I’ve been pretty fortunate to have access to all of those things,” Blatchford said. “But there are many really talented kids who aren’t so lucky. It means a lot to me to be able to help them get on their feet and advance with their instruments.”

The Miss Outstanding Teen pageants are an affiliate of the Miss America organization, the largest provider of scholarships for young women in the world.

Blatchford has already secured $950 in scholarships from her pageant wins and will next compete May 5 at the Tropicana to earn the title of Miss Nevada’s Outstanding Teen, which comes with a $5,000 scholarship, at the next step of the pageant circuit.

The winner that night will have the opportunity for even more scholarships, depending, in part, on their SAT and ACT scores, and move on to compete for the title Miss America’s Outstanding Teen.