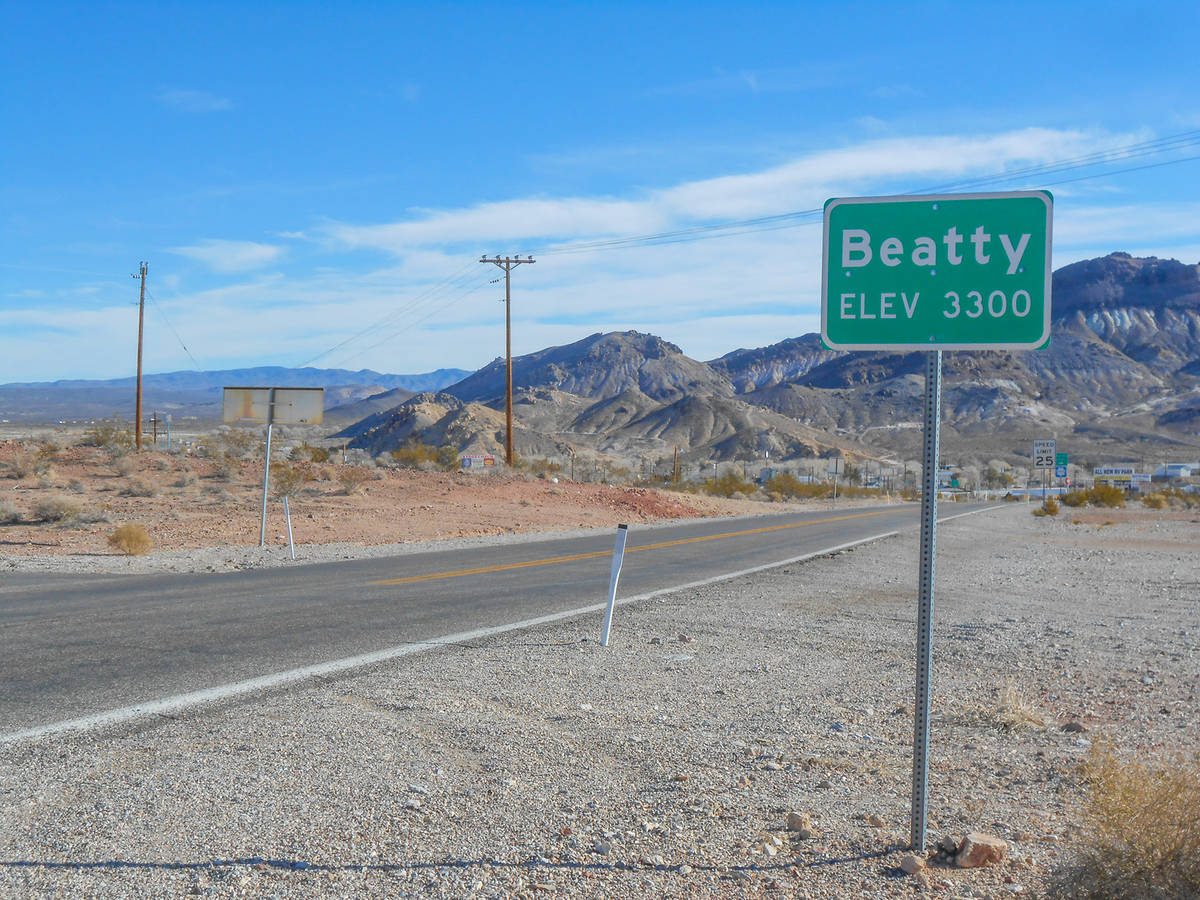 People in the U.S. have observed Thanksgiving or a form of it since the time of the Pilgrims in Massachusetts in 1621. Imagine, next year will be the 400th anniversary. We have always known it and who doesn’t look forward to it every year.

It was likely looked forward to even in the little Nevada mining town of Beatty in 1905. To find out how and why, one only needs to look a little deeper when you traverse the Bonanza Road in search of Nevada’s Yesteryear.

Consider 1904, for example. Theodore Roosevelt was president and Beatty was a sparsely populated place far from nearly anything. For one man, Bob Montgomery, a prospector in the Beatty area, 1904 had not been a good one.

Dr. Robert McCracken of the University of Nevada, Reno in his book on Beatty history, wrote Montgomery had been prospecting in the area for several years, got tired of it, “moved to Tonopah in 1901, married and began work as a jeweler and optician, but his passion for gold was only temporarily cooled.”

He took it up again and soon he had been grubstaked by the local mercantile store owned by Tom Edwards and a few other merchants. He set out prospecting in the region a little south of Goldfield. A Shoshone Indian by the name of “Hungry Johnny” was his prospecting companion and claimed to know where good ore could be found. To carry their supplies they had a pair of mules and a wagonload of groceries.

As 1904 proceeded and Thanksgiving rolled around, Montgomery and Johnny decided to have a small get-together in a tent they set up at what would later become the corner of Main and Second streets in Beatty.

After the turn of the new year, Montgomery and Johnny made their way to the Bullfrog district near Beatty. Lady Luck smiled upon them and they struck it rich.

By June of 1905, Montgomery had already turned down at least one or two $1 million offers for his mine and news swept through the region like wildfire. In less than nine months the little tent settlement on the Beatty Ranch had blossomed into a growing town and soon became the freighting center for the Rhyolite and Bullfrog districts.

Food and supplies were shipped to the railhead at Tonopah and delivered to Beatty either by horse-drawn wagon or fast motorized auto stage.

As the town grew, so did its fortunes and the Montgomery Hotel was built, with a grand opening in October 1905.

The gold strike on Montgomery Mountain made Bob and “Hungry Johnny” millionaires.

McCracken wrote, “The hotel was one of the finest such in the state of Nevada. Mrs. Montgomery came from San Francisco for the opening and led the grand march.”

Lavish dinners were a specialty of the house. For example, note the menu for Thanksgiving Day in 1905:

How about that for a Thanksgiving fare and in 1905, too?

Maybe at the White House in Washington or the finer big city restaurants, but Beatty?

Within another year, the town of Beatty had railroads, great mines, more hotels, busy mills and the entire district was gripped in a sensational boom, making mining history along what was known as the Bonanza Road.

Historian David Toll wrote, “Because of its favored location astride the Amargosa River (which makes most of its winding way to Death Valley underground, Beatty survives while the livelier mining towns of Bullfrog and Rhyolite are dead.”

What will your Thanksgiving Day dinner be like this year? Nonetheless, be sure to give thanks for your blessings anyway.