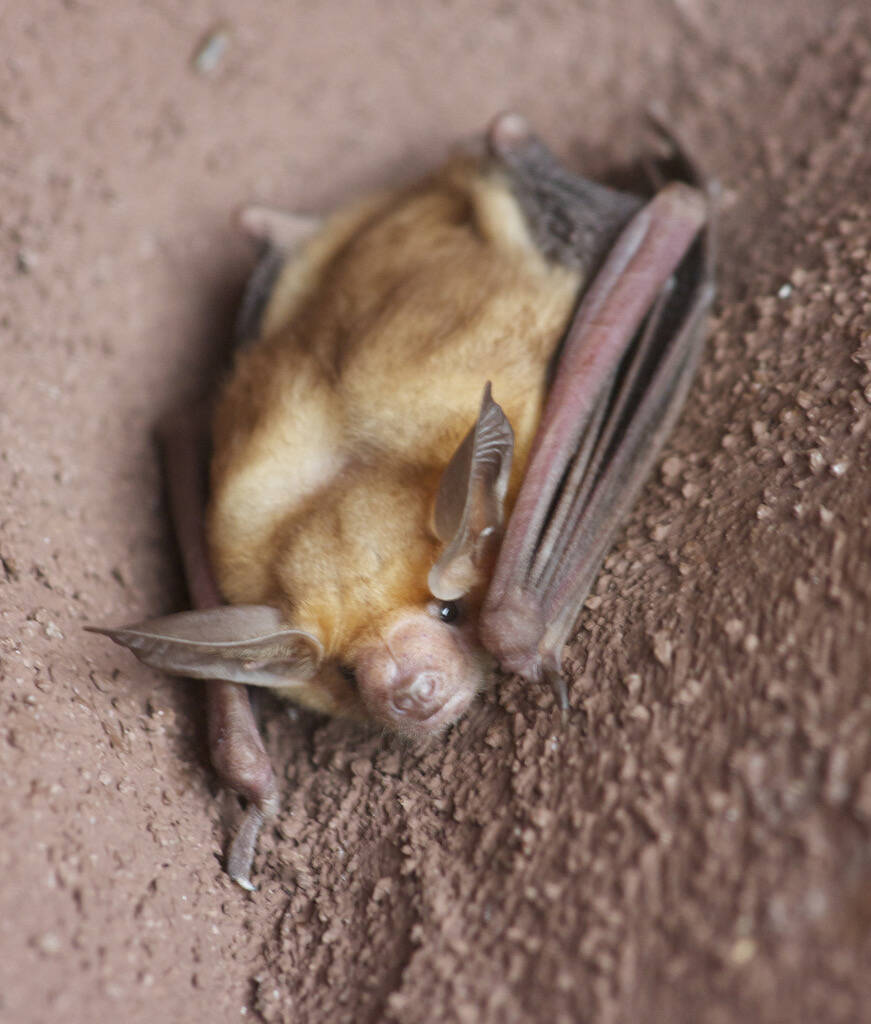 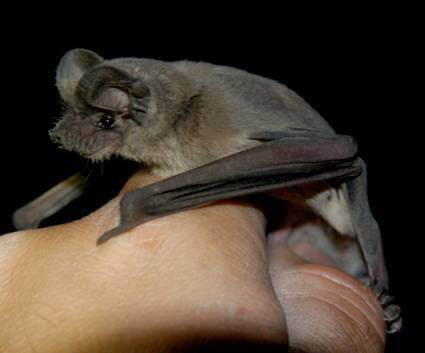 If you ask Jess Brooks, bats have an undeserved reputation as something sinister and dangerous.

It’s something the wildlife education coordinator for the Nevada Department of Wildlife hopes to change, one small group at a time.

She hosts Bat Discovery Walk-abouts at Veterans’ Memorial Park during which she highlights their many positive attributes.

“Sometimes it’s a little difficult to chat with people about bats,” she said.

She said people are often scared of them because they know so little about the flying mammals as well as the cultural stigma attached to bats and vampires.

The reality is there are many positive attributes about bats, she said.

She said that during mating season a female bat can consume about 600 mosquitoes in an hour. She will eat nonstop.

And just by standing outdoors we are feeding them indirectly, she said. “Insects are attracted to our body heat and bats feed on them.”

They eat centipedes and scorpions as well, she said.

Bats are also great pollinators, especially for mangoes, bananas and agave — a key ingredient for tequila she said with a wink and a smile.

“In South America, they are the main pollinators for cacti,” she said.

Then, we can use their guano (excrement) as fertilizer.

Brooks said the walks, which last about 45 minutes to an hour, are great for people of all ages and abilities. They follow the paved walkway around the upper pond at Veterans’ Memorial Park, 1650 Buchanan Blvd.

The bats will be easy to see because they fly differently than birds, she said. They typically appear at dawn and dusk, usually about 20 minutes after “birds’ roll call” to signal the end of day.

She has a special echo meter that plugs into her phone or iPad that amplifies the bat’s echolocation frequency so it can be heard by human ears. It sort of sounds like a bird chirping.

The device also identifies the type of bats — with 85 percent accuracy — and counts how many are located during each session, she said.

During the walks, she lets children hold the device allowing them to “feel like biologists.”

She also has them announce the calls when they are heard, which usually range between 60 and 100 a night.

According to Brooks, there are 23 or 24 species of bats in Nevada, with 17 species confirmed in Southern Nevada, including seven on the endangered species list.

In addition to seeing and hearing live bats, Brooks will bring along a specimen box that shows the stages of a bat’s life — from pup to adult. She also shares facts about their migration, hibernation and roosting practices.

She has walks scheduled monthly from now through September, noting that the period between Memorial Day and Labor Day is peak bat season, though they are active year-round because of the area’s mild climate.

She recommends those attending bring bug spray or wipes as there will be mosquitoes flying around.

There is no cost to participate in the walk-abouts in Boulder City although advance registration is required to help keep the group size manageable because they are so popular. People can register a month in advance on NDOW’s website at ndow.org.

Additionally, Brooks said she can schedule more if there is a demand or host private programs. She can be contacted at jdbrooks@ndow.org.