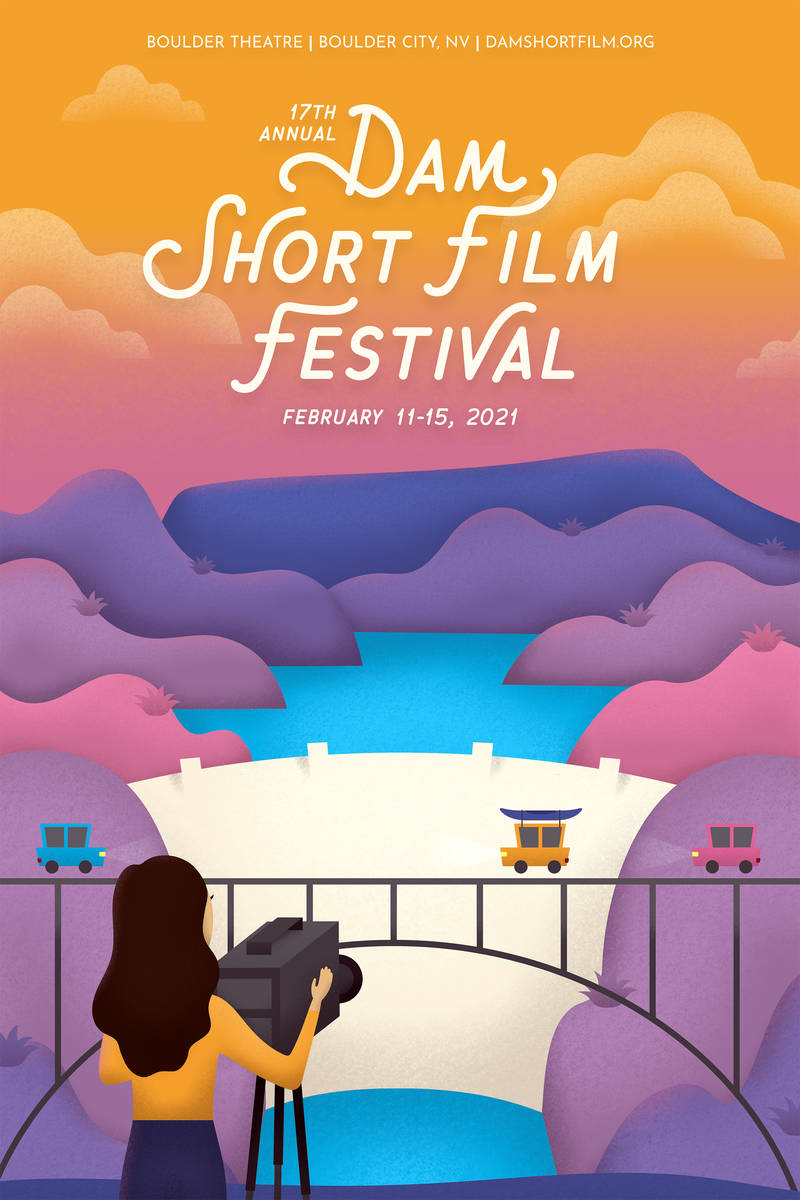 “I remember seeing last year’s contest,” said Everson, who is from Las Vegas and a full-time graphic designer. “I wanted to enter it but ran out of time.”

Everson said she and a friend still attended the 2020 Dam Short Film Festival and saw how the winning design was used for marketing the event.

“I decided to enter the next one,” she said.

The winning design is used for all promotional material including tickets, passes, T-shirts and web and print advertising. All entries were required to be family-friendly and include Boulder City, Hoover Dam and/or the Southern Nevada landscape.

When this year’s contest came around, Everson said she looked at past festival posters to see what had been used.

“I thought it was a good idea to stick with the history and build a story around it,” she said.

Her idea paid off, and her design was chosen by the festival’s board members.

“It’s pretty cool seeing my work being used and showcased for this event,” she said.

Tsvetelina Stefanova, executive director of the film festival, said the poster contest was started as a way to help promote the event.

“Last year we thought it would be a great way to promote the festival and art at the same time,” she said.

Stefanova said the board puts a lot of faith in the contest because the winning design is the branding for the event.

As winner of the contest, Everson received $500, two VIP passes and some festival swag.

Third-place winner, William Verrill, received one VIP pass for a poster design that highlighted the Winged Figures of the Republic at Hoover Dam.