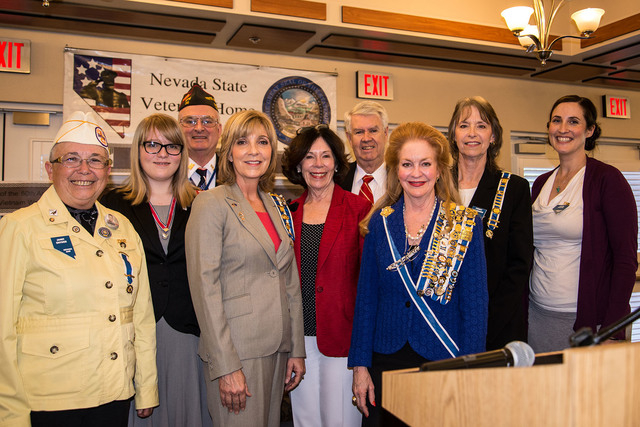 The 50th anniversary of the Vietnam War was marked during a special ceremony March 27 at the Nevada State Veterans Home in Boulder City.

The Silver State Chapter, Nevada State Society Daughters of the American Revolution, organized and hosted the event. During the ceremony, DAR members, legislative dignitaries, families and residents of the veterans home reflected and remembered the bravery and sacrifice of the Vietnam veterans who served.

One resident tearfully said this was the first time since he has been home from Vietnam that anyone thanked him.

The chapter also is serving as a Defense Department commemorative partner for the war’s 50th anniversary.

According to the DAR, Regent Debbie Carroll and her Silver State chapter members feel it is never too late to pay tribute to the more than 3 million men and women who served during the war.

The Silver State Chapter was given a commemorative flag and proclamation, signed by President Barack Obama, from the Defense Department, which chose to honor the veterans at the veterans home.