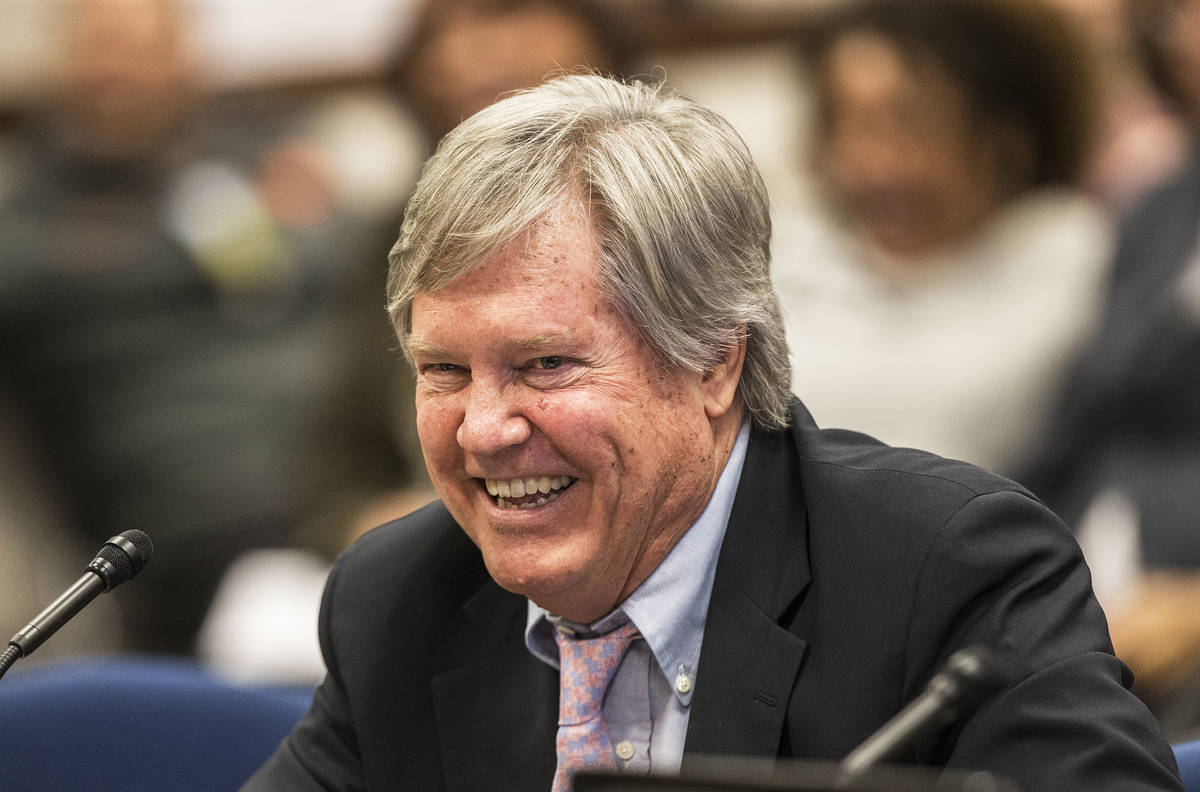 But it seems as if only one state — Nevada — is doing the difficult work to protect our most valuable resource during a time where temperatures are warming, climates are changing and demand is growing for more water in the Southwest.

The 2020 water year will likely have the river flowing somewhere around 60 percent of normal into Lake Powell, which then sends water through the Grand Canyon into Lake Mead. Despite that fact, Utah officials and their peers in Washington County are still pretending that it’s 1922 — the year the Upper and Lower Basin states signed the Colorado River Compact — ignoring the signs and plethora of science highlighting that states are already taking more water from the river than Mother Nature is giving us in return.

The proposed Lake Powell pipeline — which would run 141 miles from Lake Powell to St. George — would drain about 28 billion more gallons annually from the Colorado River to feed real estate development, fill swimming pools and satiate green lawns in the red rock desert in a region known by Utahns as Dixie. The project is moving through a federal environmental review process overseen by the Bureau of Reclamation that ends on Sept. 8.

The Lake Powell pipeline, the largest new diversion proposal on the Colorado River, pushes the river system closer to total imbalance. This project threatens the water supply for Nevada residents who depend on this water for their livelihood.

As part of the federal Drought Contingency Plan enacted by Congress in 2019, Nevada and Arizona have already cut their shares of the river. If Lake Mead’s levels drop by a few more feet, we will have to keep cutting our use. Lake Mead is currently 40 percent full, and all reliable estimates show that the lake will get even lower with time. That puts us in a precarious position where we are paying more to get more to serve our community.

Utah — on paper — can claim an entitlement to the water slated for the project as part of its share of the Colorado River. But the wet water isn’t there. And Nevadans will wind up paying the price for Utah’s greed.

Nevadans should oppose this disastrous project in order to protect our water and the iconic river that makes life in the West possible for 40 million people. We must also encourage pipeline opposition from the Colorado River Commission of Nevada, the Southern Nevada Water Authority, the Nevada Division of Water Resources and our congressional delegation.

Nevada must protest this project and remind Utah that it is not living in reality.

However, we can also use our lived experience in this new troubling water reality to help our neighbor’s desert communities adapt to what the Colorado River gives us.

St. George is the worst water waster in the United States. Per capita, residents consume about 300 gallons daily. In contrast, Southern Nevada residents consume less than half of that amount and have done the legwork to ensure that the community continues to thrive with its small share of the river.

As the population here has grown in the past two decades, the Southern Nevada Water Authority has cut our Colorado River use by more than 25 percent while the population has doubled. The authority has banked billions of gallons of water, invested in infrastructure such as the third straw and promised to engage in judicious conservation collaborations with other stakeholders on the river. The water authority plans for scenarios where the river is flowing millions of acre-feet lower than the compact and projects for climate change and population increases. Utah’s water officials should be taking our lead.

All that the Washington County Water District and the Utah Division of Water Resources need to do is invest in a cheaper option than the $2 billion pipeline: conservation. Right now, the best Utah can offer is promising to cut its use by one-half of 1 percent annually.

Southern Nevada will be happy to share the pages of our water conservation playbook. We’ve saved billions of gallons of water and billions of dollars by investing in conservation. Utah can, too. It’s time Dixie gets its head out of the sandy shores of Lake Powell.

Tick Segerblom, a native of Boulder City, is a former state lawmaker and represents District E on the Clark County Commission.