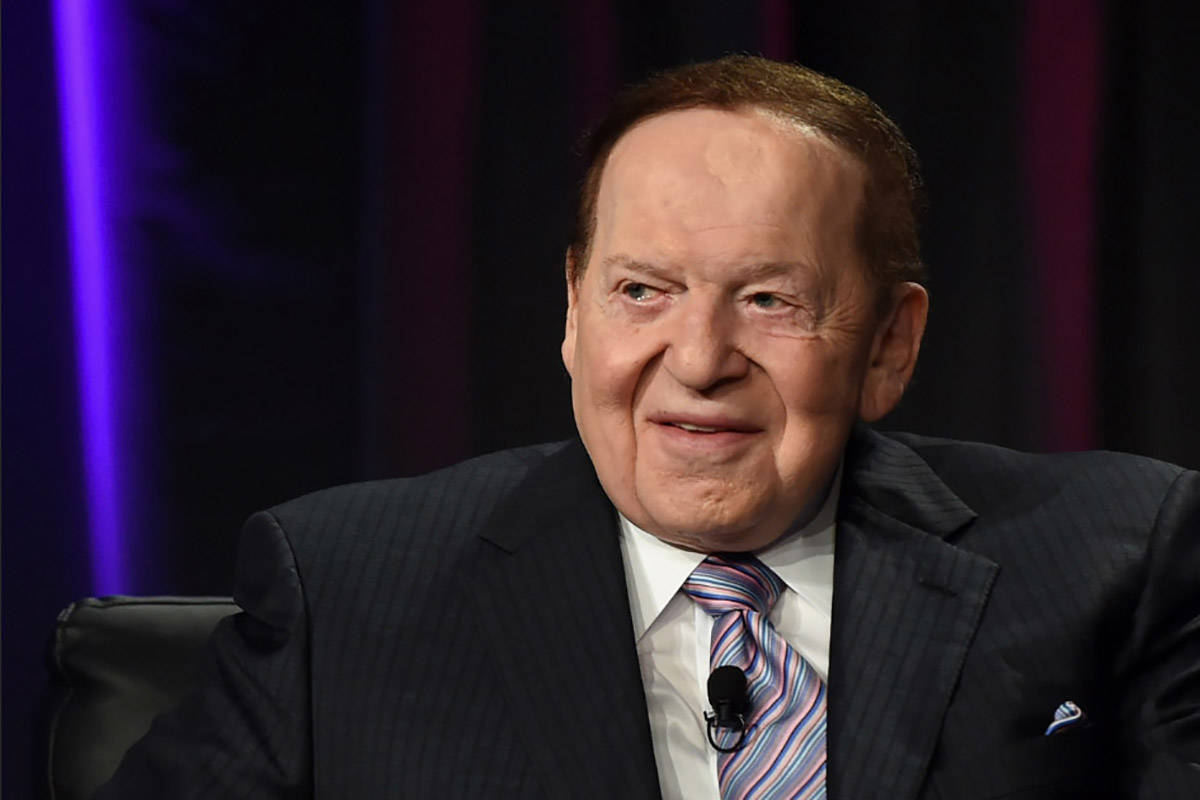 Although the resort-hotels of my company, Las Vegas Sands, are shuttered, I’m paying every one of our nearly 10,000 employees as though they were still working. We’re even working to make up for lost tips. I hope to do that right up until the time that we can reopen our businesses.

It’s not only the right thing to do — it’s good business.

I’ve often said the story of my career would be a true rags-to-riches story, except for the fact that my parents couldn’t even afford the rags. As the son of hardworking, low-income, immigrant parents, I grew up with the same anxiety people across the nation are feeling right now.

Where is the next meal coming from? How can I pay the rent and electricity bill? Families are desperate to know when they can go back to work.

I recall one of the most important lessons I learned from my father. He would come home from work — when he could find work, that is — and put loose change in the family pushke (charity box). When I asked why he would give to others when we had so little, he would say, “There is always someone whose need is greater than ours.”

There are certainly great stories of corporate America doing all it can to support employees’ needs during a time when so many Americans have been asked to stand down from their work.

But we employers, especially larger ones, can do more. We should do more.

To my fellow corporate executives who are looking at spreadsheets and trying to determine the impact this crisis will have on sales and share prices, let me say: Our job as business leaders is now as simple as it is challenging. It is to maximize the number of employees and their families that we can help — and help them for as long as possible.

America’s corporations and small- and medium-sized businesses are making excruciating decisions. Many will result in people being out of work; millions have already been added to the jobless rolls as a result of the pandemic. Those difficult decisions, especially for small- and medium-sized businesses, could determine whether they are able to reopen when this crisis is resolved.

That is why protecting the ability of small- and medium-sized businesses to recover is where government must again be responsive. Yes, more than $2 trillion in government rescue is coming. However, the longer this crisis continues, the greater the risk to the livelihood of many more Americans.

Our elected officials are rising to the occasion. President Donald Trump and congressional leaders of both parties worked to pass the largest rescue package in history, in record time. Our nation’s governors, led by the examples of Andrew Cuomo, Mike DeWine, Gavin Newsom and Steve Sisolak, are taking decisive actions to protect health and safety — decisions they surely never imagined they would be required to make.

Las Vegas, the city I have called home for more than 25 years, hasn’t been immune to significant downturns and devastating events. After the 9/11 terror attacks, planes stopped flying and hotel rooms sat empty. During the 2008-09 financial crisis, consumers stopped spending, and companies canceled their trade shows and meetings. Most recently, our community was shaken to its core by a tragic mass shooting.

Is this different? I don’t believe so. Though each of those examples presented its own set of challenges, my community reached deep and pulled through for each other. America will do the same.

As an octogenarian, I have seen the perseverance of this country over and over again. The common thread is that this nation and its people always come together in times of great need. There is no doubting this is one of those times, and the need is great.

The coming weeks will be tough, and the months that follow will be unsteady. To my fellow business leaders, let us lead by example. I will gladly participate in an ongoing discussion with each of you on ways we can work together to protect this nation’s workforce.

Let us prove the greatness, compassion and resiliency of this country, once again.

Sheldon Adelson is a businessman, entrepreneur and philanthropist. He is the chairman and chief executive officer of Las Vegas Sands Corp. The Las Vegas Review-Journal and Boulder City Review are owned by the Adelson family.

This essay originally appeared April 2 in the New York Post.