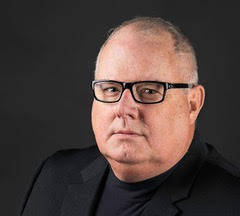 If you did not grow up in an alcoholic, addict-enabling, dysfunctional environment, you are living in one now.

The newly elected mayor of Chicago blamed Republicans and the great state of Indiana for the Labor Day weekend violence that left nine dead and 44 wounded by gunfire.

Politicians are punishing the innocent and idolizing miscreants. Some violent criminals are released with no bail because they lack money and keeping them jailed somehow is discrimination against the poor.

Without citing any evidence or facts, incredulously, but not unexpectedly, the San Francisco City Council recently passed a resolution condemning the National Rifle Association as a domestic terrorist organization. That comes after rebranding felons as “justice-involved persons.”

Following author Saul Alinsky’s “Rules for Radicals: A Pragmatic Primer for Realistic Radicals,” the San Francisco City Council has isolated and demonized the NRA and thus its 5 million members. A massive dysfunctional family unit is blaming the innocent for the transgressions of the evil.

The NRA is not the source of firearms deaths and neither are its members.

The NRA was founded in 1871 to improve firearm marksmanship and training. It has grown over the years, not only as a staunch defender of the Second Amendment, but as the lead agency in firearms safety. Today, more than 1 million citizens receive training each year from more than 125,000 NRA-certified instructors.

Defensive gun use estimates range from 55,000 to more than a million times each year.

After every mass shooting, the knee-jerk reaction is to ignore the obvious and perform the easiest: Punish law-abiding gun owners.

The anti-gun crowd confuses the public by citing 39,773 firearm deaths in the United States in 2017, the latest year statistics are available. Conveniently omitted from their talking points is 59 percent of those firearm deaths (23,854) are due to suicide. According to the FBI, there were 10,982 homicides via firearms in 2017 (28 percent of firearm deaths). Of those firearms deaths, 64 percent (7,032) were by handguns and 3.6 percent (403) were by rifles. There is no further breakdown by type of rifle, but more victims were slain by knives or other sharp instruments (1,591), and 467 victims were slain by hammers and similar devices.

The quest to confiscate all firearms will be incremental. Law-abiding gun-owners will suffer the disarmament via a thousand cuts.

Red flag laws sound good until you realize anyone might be able to persuade a judge to seize your firearms, by deadly force if necessary, and afterward the burden of proof is on the citizen, not the government, to prove sanity.

The term “universal background check” is merely a buzzword for national registration of gun owners and their firearms, a tactic used by Hitler prior to firearm confiscation in the 1930s.

Do we have a firearms problem? No. We have an insanity problem that traverses the public and political spectrum.

According to a CNN poll, 40 percent of the U.S. population either owns or has access to a firearm. This hasn’t changed much during the previous three decades. But something else has. We closed most of the mental institutions in the ’60s, and many parents stopped disciplining their children over the years.

Social media interactions and distractions, with the proliferation of psychotropic medications for children and young adults, coupled with a decline in church attendance, might have contributed to a culture of sociopathy.

Sixteen of the last 17 mass shooters endured a fatherless childhood. Many were under the influence of psychotropic drugs.

Instead of punishing the innocent, perhaps we should enforce current gun laws and institutionalize the severely mentally ill. Judges should mete out lengthy prison sentences for those convicted felons who commit additional gun crimes. We should allow the states to continue their own background checks.

Thomas Jefferson said, “When the government fears the people, there is liberty. When the people fear government, there is tyranny.” If we are disarmed, neither our government nor the criminals will fear us.

Ben Franklin said, “Those who would give up essential liberty, to purchase a little temporary safety, deserve neither liberty nor safety.”

There will always be criminals, sociopaths and others who will victimize the vulnerable and game the criminal justice system, whether it be a constitutional republic or a communist regime. Disarming more victims will not improve our society. It will only embolden and empower criminals and tyrants.