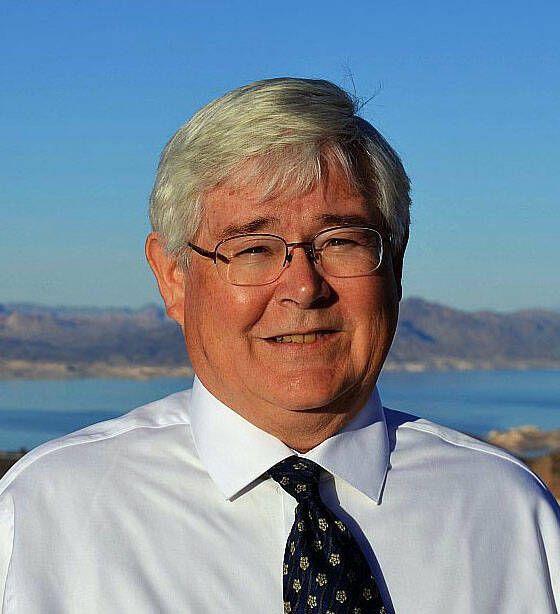 There are negative aspects of course. We would like a wider selection of stores. And perhaps, (there are) too few options for people looking to move to Boulder City. But the desire to retain the abundant positive aspects of a small town brings much more to our community for the majority of us. We enjoy the open spaces, clean air, less stress and having a chance to know our neighbors.

Mayor (Debra) March of Henderson responded to my column last month regarding the annexation of a large area of land south of Railroad Pass. Mayor March has done great things for the city of Henderson during her tenure. Henderson has grown and added new projects over the past several years. And Henderson provides help in several ways to our city.

The mayor had mentioned the area that was being considered for annexation was a little over 100 acres of privately owned land. That land is currently in unincorporated Clark County. However, there is a much larger parcel of land, in the thousands of acres, considered for release by the Bureau of Land Management adjacent to the smaller county land. This area includes the opening to Sloan Canyon and prime recreational areas. This large area is also being considered for annexation along with the smaller county island.

State law has been modified to require that any land being annexed must be done with the intent to urbanize the land. This would be thousands of houses being built just below Railroad Pass. Some of this area was targeted in years past as an area to swap for prime Boulder City property and was rightfully rejected.

The BLM land is being considered as part of a larger plan being considered in Congress that will release tens of thousands of acres of land in Clark County from the BLM for development. Two million acres of land would be protected for conservation and recreation. As initially proposed, the BLM land below Railroad Pass was not being discussed for annexation by Henderson.

High-density development in such a sensitive area as Sloan Canyon is not desirable. The Lands Bill does make other land adjacent to Henderson along south Interstate 15 available for development. The Sloan Canyon area can remain available for recreation purposes rather than be developed by leaving the land under BLM control.

The land in question is not adjacent to any areas with significant development. That is indeed leap-frog development resulting in wasted resources and added costs. The Boulder City Master Plan has called for a buffer for our city from urban sprawl. The McCullough Mountains have long provided this buffer and should continue to do so.

On another topic, our city, along with Clark County, is seeing new COVID-19 infections thankfully decline from the most recent spike. Sadly, the spike over the past several weeks has also seen some of our residents lose their lives to this terrible disease.

More of our residents are receiving the vaccine each week. Nearly 80 percent of residents over age 60 are estimated to have been vaccinated. However, the percentage of younger residents who have received the vaccine is less than 60 percent. I encourage younger adults to speak with a health care provider regarding the safety and effectiveness of the vaccines. Parents of children ages 12 to 17 may also consider the COVID-19 vaccination for their children.

The vaccines are free of any charge and may be obtained by contacting Boulder City Hospital and local pharmacies. Our fire department continues to provide free testing.

As we enter the colder months of the year, there is the potential for another surge of the virus to occur. The vaccines have been shown to reduce the chances of getting seriously ill and even more effective at preventing death. We have an opportunity as we approach the end of two years of the pandemic to put this virus behind us.