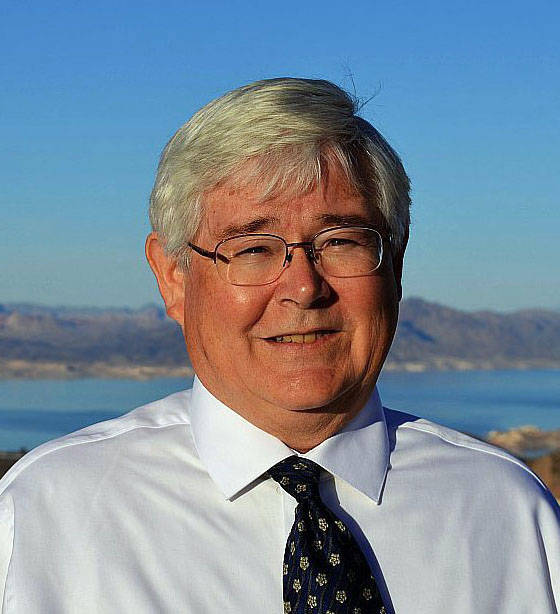 The year 2019 is drawing to a close. It has been a year of change for Boulder City in significant ways. The Interstate 11 bypass has been open for more than a year.

And spending by local residents in our town is reported to have increased by nearly 10 percent. There are businesses that have benefited from the reduced traffic congestion along the highway, now Boulder City Parkway.

Other businesses appear to have lost revenue with the changes. That is unfortunate but it appears there has been a net gain in revenue for our business community. Existing businesses have shown their confidence in the future of Boulder City by undertaking extensive remodeling efforts.

What we have avoided is pursuing development that would have decimated our wonderful town. There are numerous studies that show existing businesses suffer significant negative impacts when commercial development occurs outside the existing city structure, such as the I-11 and Searchlight highway interchange. Communities that chased traffic patterns hastened the demise of the existing core commercial areas.

City government has begun to obtain and evaluate actual data on business activity in Boulder City to determine how best to provide information to businesses and assist in their efforts. In the past, there was too much reliance on guessing at what might be happening and not having a well-planned approach.

I was not surprised to learn that 50 percent of money spent in Boulder City by people from outside our community comes from the Las Vegas Valley. The next largest segment is from Southern California.

Neither of these groups relies on the I-11 bypass to arrive in Boulder City. Residents of the Las Vegas Valley clearly enjoy visiting our community for many of the same reasons we cherish living here. Our small-town charm and unique history are a welcome respite for many valley residents to relax and enjoy a break from the pace of Las Vegas.

Change has also occurred on the City Council. There are now new members in all of the positions on the council. Judith Hoskins was recently appointed to complete the term of the late Warren Harhay. Tracy Folda was appointed in July to complete my term after I was elected as mayor. James Howard Adams and Claudia Bridges were elected in June.

There has been talk that the current council is not diverse. If diversity is judged only on how many members have backgrounds or relationships in growth-related pursuits then there would be some truth in saying the current members are not diverse.

But diversity in membership on the City Council should not be viewed on whether a majority is present that represents land development or building interests. You can review the backgrounds of each council member on the city website at http://www.bcnv.org. I believe we now have more varied perspectives on the City Council than we have had in the past 20 years.

For the first time in the history of the council there are a majority of women serving the community. I believe James Howard Adams, at age 34, is the youngest person to be elected to the City Council. Each of those factors defines diversity and not sameness of purpose.

Each member of the council has stated their support of the conservative growth that has defined Boulder City for 40 years. Each member has also spoken of opportunities to improve the community. The suggestions I have heard from the others are not to hold Boulder City in place but to move the city forward in ways that benefit the residents and not narrow interests.

The city is undergoing a housing boom when compared to the previous three decades. Additional land around the Boulder Creek golf course may be put back on the market in the coming months for additional new homes. The land was approved for sale by the citizens years ago but did not receive any bids. New members of the council have offered ideas on how that may change.

Change can be good and I believe the new members intend to have it be very good indeed.

Happy holidays and Merry Christmas. I look forward to a very good year in 2020 for Boulder City.