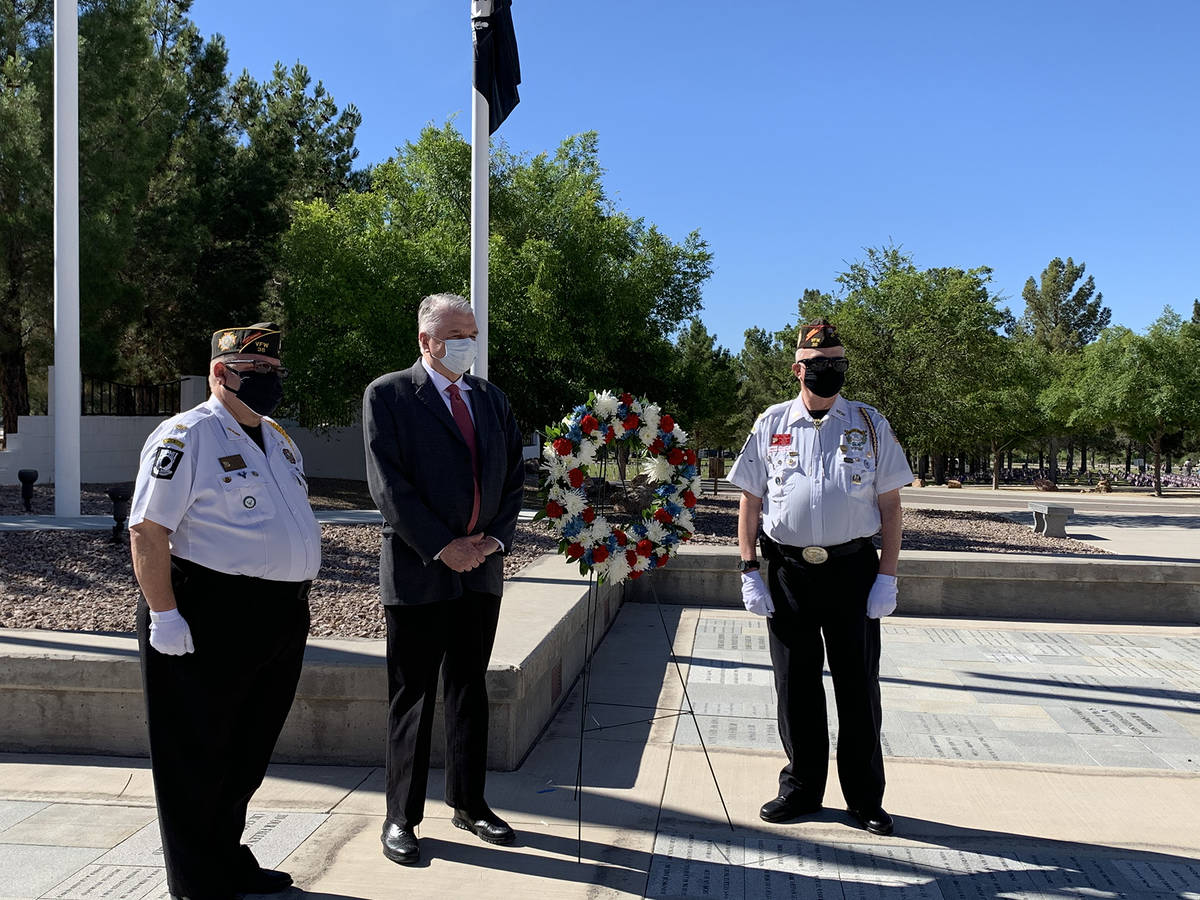 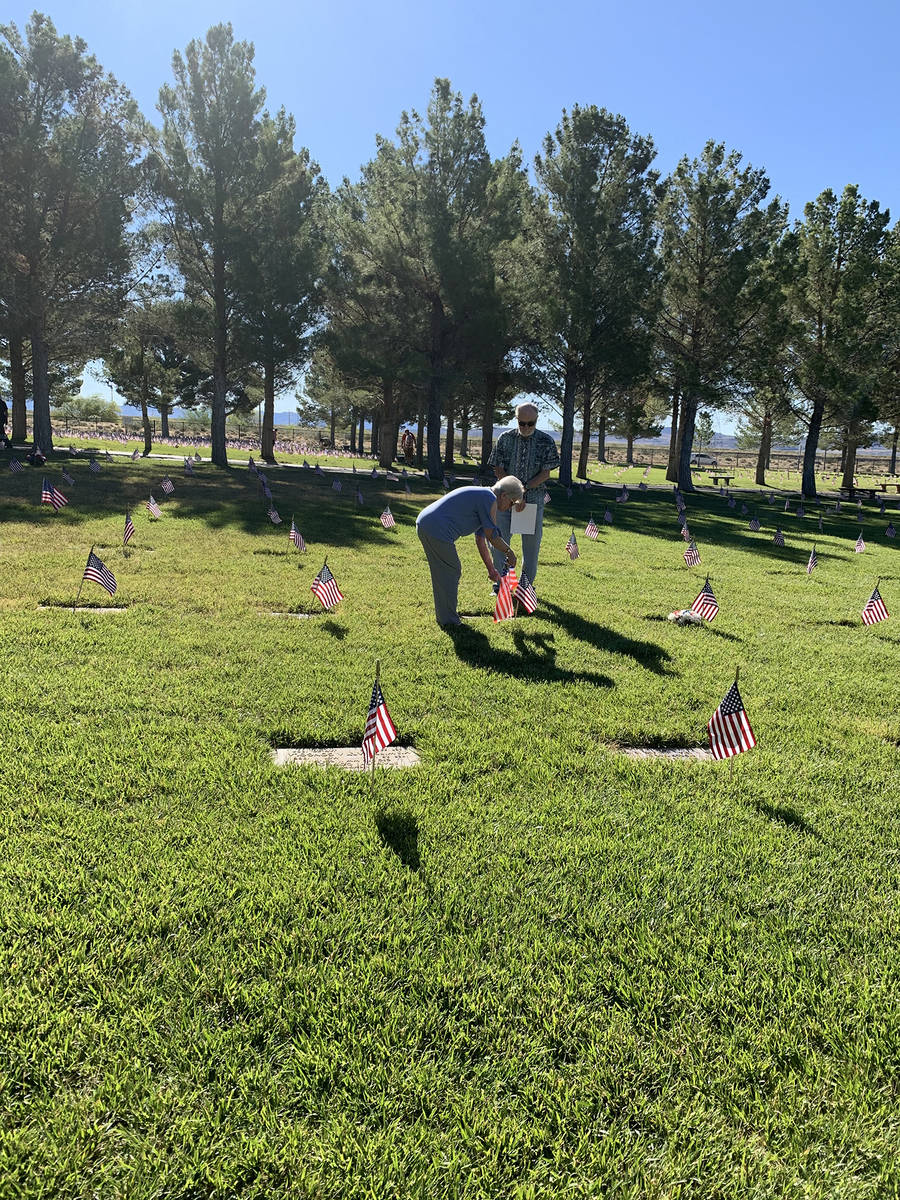 (Hali Bernstein Saylor/Boulder City Review) Wilimena and Ben Wise of Henderson placed a flag on the grave of her father, Korwin Hailey, at the Southern Nevada Veterans Memorial Cemetery as they observed Memorial Day on Monday, May 25, 2020. 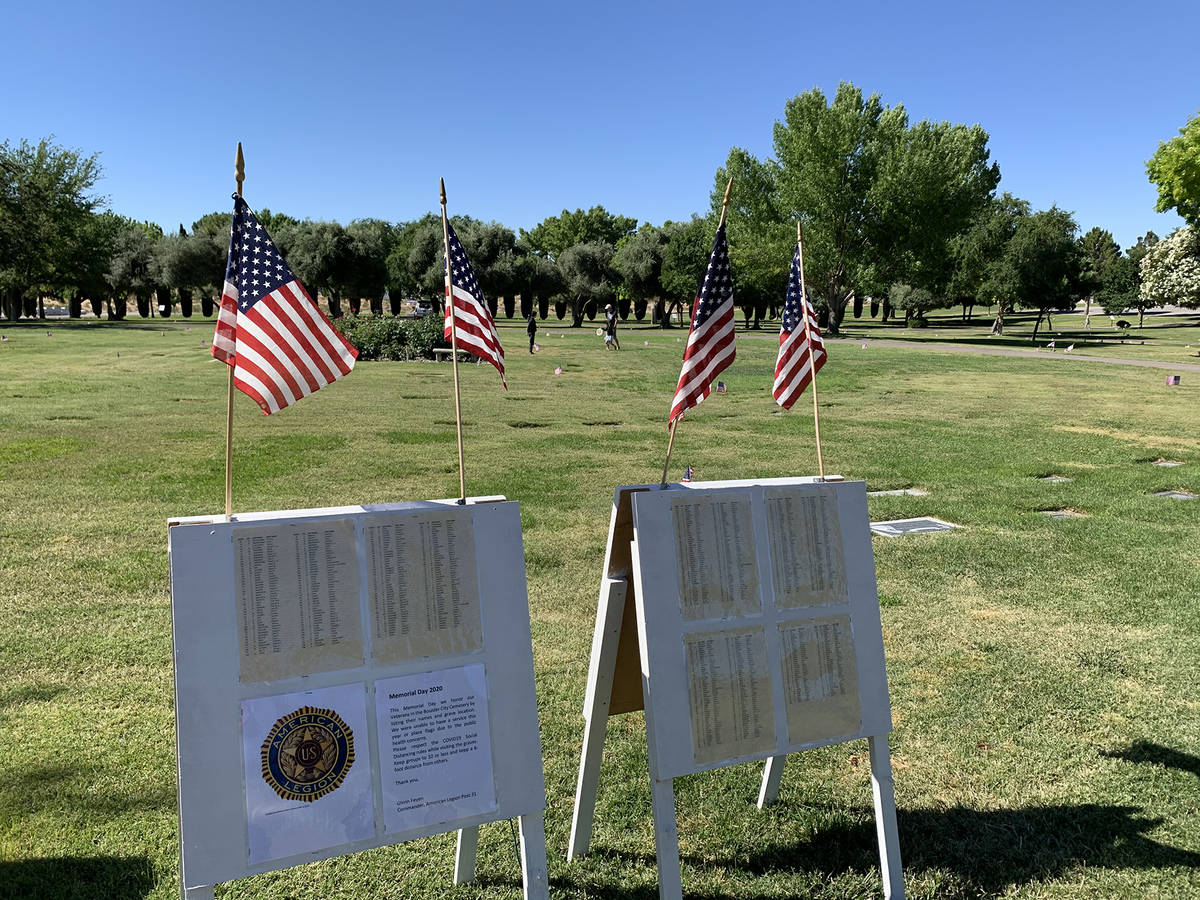 (Hali Bernstein Saylor/Boulder City Review) A sign listing all the veterans buried in the Boulder City Municipal Cemetery and their locations was placed at the entrance so they could be honored Memorial Day, Monday, May 25, 2020.

The ceremony, which lasted less than 10 minutes, also included a prayer read by the Rev. Carl Fogg, commander of Veterans of Foreign Wars, Post 36, of Boulder City and past state chaplain; the playing of “Taps” by Carolyn Whaley of Women Veterans of Nevada and a flyover by the Boulder City Veterans Flying Group.

“It’s extremely important that we remember veterans, not just on Memorial Day but every day. They have given the ultimate sacrifice,” Sisolak said after the short ceremony.

“We are always honored to show our respect for our fallen veterans on Memorial Day at the veterans’ cemetery in Boulder City,” McManus said. “It’s a source of pride, I believe, for our community that we were chosen to house this facility, and it’s a great honor.”

Volunteer efforts on Saturday placed about 10,000 flags on veterans’ graves after the traditional flag placement event coordinated by National Order of the Trench Rats, Dugout No. 421, was canceled because of the COVID-19 pandemic to observe social distancing protocols.