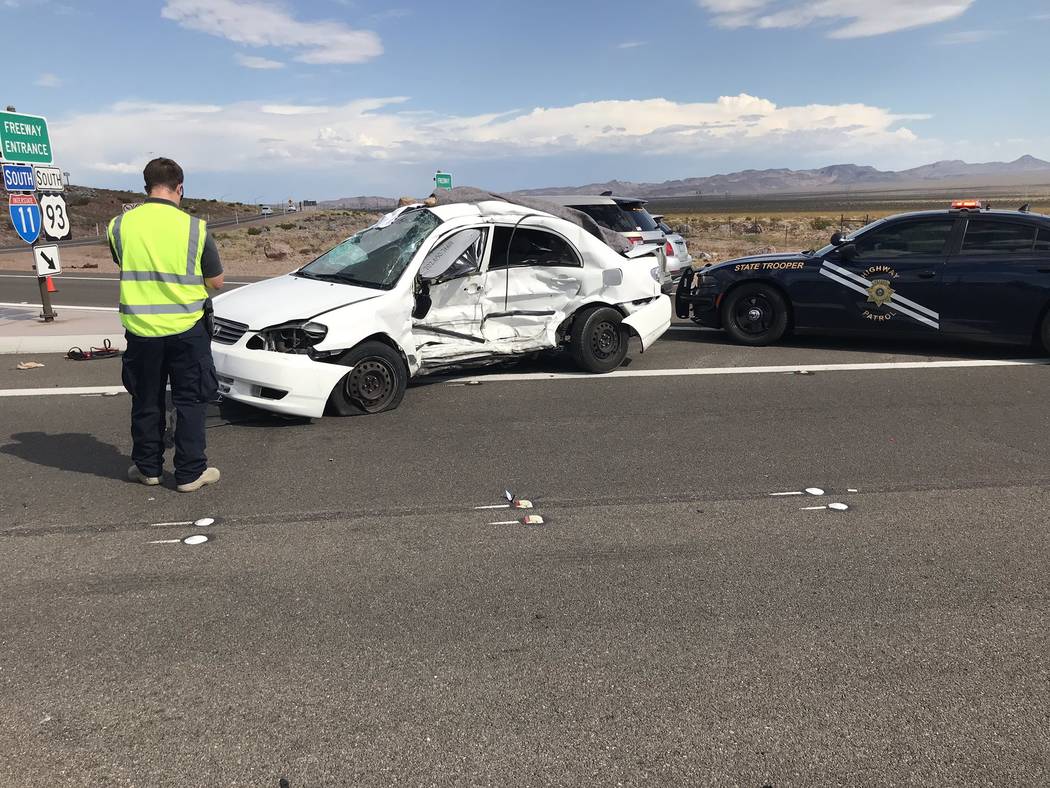 (Nevada Highway Patrol/Twitter) A Nissan Sentra that was traveling on U.S. Highway 95 is seen on Wednesday, Sept. 4, 2019, after it was struck by a car that failed to stop at the sign at the bottom of an offramp from Interstate 11. 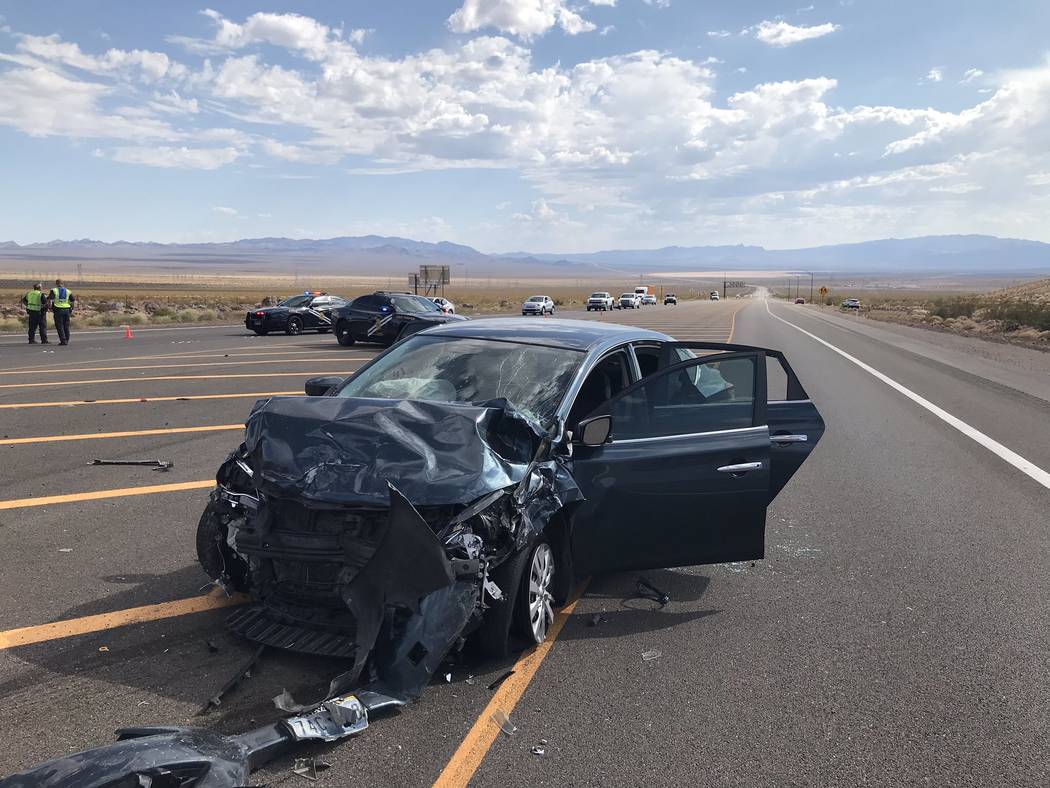 (Nevada Highway Patrol/Twitter) A 2003 Toyota Corolla is seen Wednesday, Sept. 4, 2019, after it crashed into a car when the driver failed to stop at a sign at the base of an offramp from Interstate 11 to U.S. Highway 95.

The Clark County coroner’s office has identified two women killed in a crash Sept. 4 at the base of the Interstate 11 offramp and U.S. Highway 95 that injured four children.

Antonia Pappas, 78, and Christina Rich, 80, were killed, and five others were injured, including four children, according to a Nevada Highway Patrol release from Sept. 5.

The crash happened when a 2003 Toyota Corolla was heading southbound about 2:10 p.m. on an Interstate 11 offramp approaching U.S. Highway 95. The Toyota didn’t stop at a stop sign at the bottom of the ramp and continued onto U.S. 95, colliding with a 2015 Nissan Sentra, the Highway Patrol said.

All five occupants in the Nissan suffered serious but nonlife-threatening injuries. The four children in the Nissan — a 12-year-old girl, a 10-year-old boy and two 8-year-old girls — were taken to Sunrise Hospital and Medical Center. The 32-year-old driver was taken to St. Rose Dominican Hospital, Siena campus.

The Corolla’s driver, Pappas, who lived in Henderson, died at the scene. Rich, from Freeport, New York, a passenger in the Corolla, died at Sunrise Hospital.

Everyone in the crash was properly restrained, the Highway Patrol said. Impairment did not appear to be a factor in the crash, which remained under investigation.