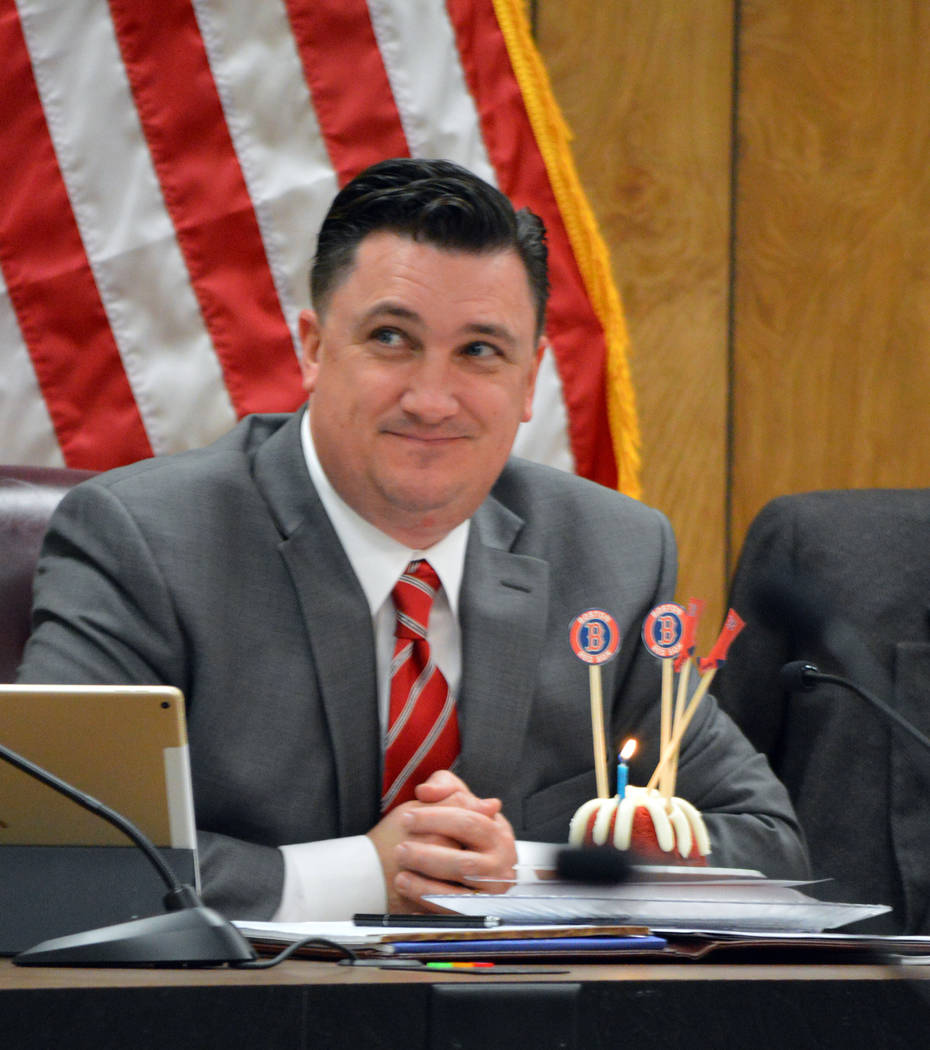 Boulder City will be asking its residents to weigh in on financing a pool, refinancing debt and whether off-highway vehicles should be allowed on city streets. The issues will be on four ballot questions City Council approved for the 2019 municipal election at its meeting Tuesday, Jan. 8.

“I have some reservations about it,” said Mayor Rod Woodbury. “It’s such a large amount. … It’s a really important question for our community.”

Councilman Rich Shuman said he also had some reservations about taking out a bond that large, especially since it meant taxes could be raised to pay for it.

“I’m not for taxing residents, but I want a pool,” he said. “I’m between a rock and a hard place. … I don’t want to be a pool-less community.”

In December, Finance Director Diane Pelletier said her office estimated how much more taxes residents would pay if the bond is approved. A home in the Del Prado area, for example, would see an increase of approximately $182.93 a year, she said.

According to City Attorney Steven Morris, the property tax increase is the security to the bond issuer. The city could pay it back other ways.

Shuman also said he wanted to find out how the pool could be funded without a general obligation bond.

City Clerk Lorene Krumm said the city could look at other funding options even if the bond issue passes.

“I agree we need to look for other funding, but I don’t think there’s another way besides general obligation bonds,” Woodbury said.

Councilman Warren Harhay said he wanted to know the community’s consensus about the issue.

“Forty million is the max cap,” he said. “If $5 million (from the capital improvement fund) is approved, it’s only $35 million (to finance). If private money is found even less would need to be financed.”

Councilman Kiernan McManus said he thought the best process to replace the new pool had not been followed.

“I think we had the wrong approach from the outset,” he said. “We needed a pool to replace a failing structure. In my mind that wasn’t really addressed in this except to get a consultant to work on this. … This new facility just blew up.”

Woodbury said it still they still needed to decide whether to send it to the voters.

In 4-1 votes, with Shuman against them, council sent both questions to the June 11 municipal election’s ballot.

Council also approved a ballot question asking if the city code should be amended to allow the council to refinance existing debts.

This question came before the voters in November; of the 7,310 votes cast, 60.5 percent voted no. For this election, the language of the question will be simplified so that city’s intention with the amendment to save money is clearer.

Council unanimously approved adding it to the ballot as well as unanimously approving an advisory question about whether residents support the operation of off-highway vehicles on city streets in accordance with Nevada Revised Statutes.

■ Approved maintaining the filing fees for the 2019 municipal election at $25.

■ Presented the 2018 Mayor’s Awards to M Tile &Design and The Cottages for their revitalization efforts in town.

■ Heard an annual report by the city manager.