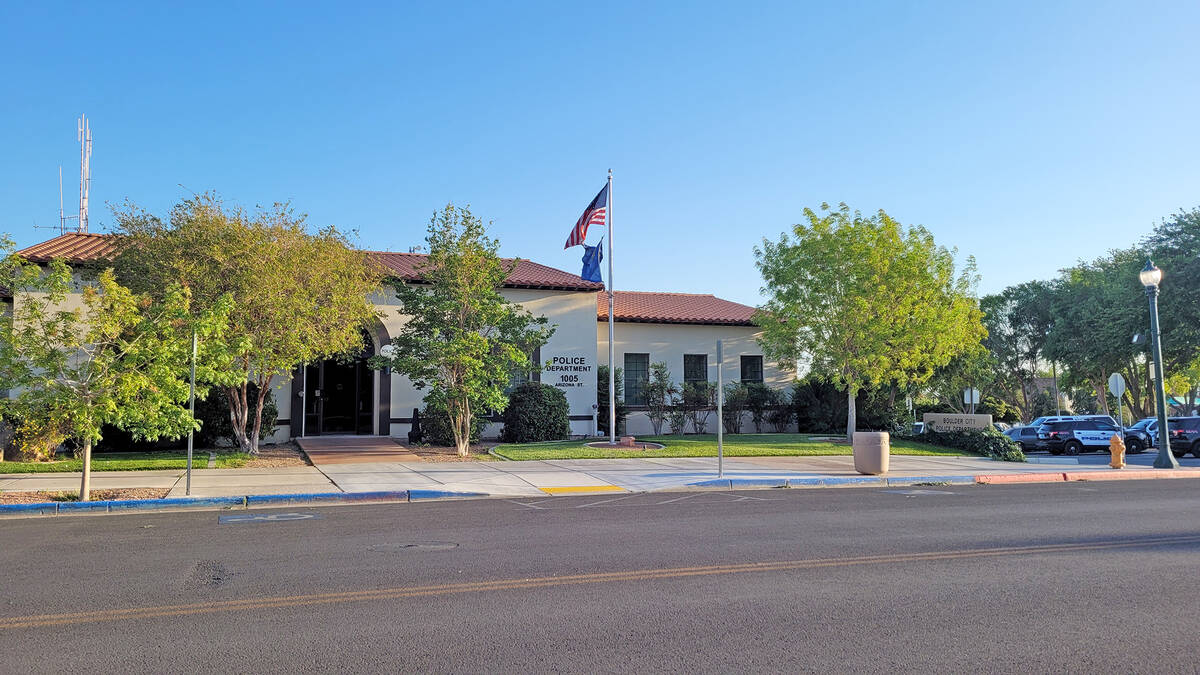 Celia Shortt Goodyear/Boulder City Review City Council approved a ballot question asking if the city should spend up to $7 million from the capital improvement fund on building a new police station as well as a new training facility for the fire department.

At its meeting, council unanimously approved the ballot question. Originally, it asked whether the city should spend up to $2 million for improvements to public safety facilities, such as renovating the police station and building a training facility for the fire department.

He also said that “seems to be the direction” the fire department and police department want to go so that they can share training facilities.

The current police station at 1005 Arizona St. was built in the 1930s when Boulder City was created. Its ability to be renovated is limited because of how it was built.

“Certainly it was not poorly constructed,” said McManus. “Matter of fact, it was constructed so well that some of those walls are not going to move very easily because they’re poured concrete that’s about one foot thick.”

“I think we’ve all toured the police station,” said Councilman James Howard Adams. “It is not adequate for the needs of a modern police force. … Ultimately, this is going to be up for the voters to decide. This is their money to spend, so I have no issue with going to the voters and asking them if this is where they want to see their money spent.”

Jorgensen said she agreed with the police station needing help, but she was concerned about going to $7 million from $2 million. She said she thought the higher amount makes sense if the projects are combined because it would deplete the capital improvement fund down to $2 million.

Tedder said it was “probably” a good idea to keep the discussions about a new police station and new satellite fire station separate.

Adams asked how long it would take to replenish the $7 million to the capital improvement fund.

McManus said 20 percent of the solar lease revenue goes into that fund and it’s approximately $2.5 million a year.

“That’s less than three years of revenue. … It’s not a long range,” he said.

Additionally, council approved a ballot question asking voters whether to allow clean-energy technologies, such as battery energy storage, carbon capture and clean hydrogen, in addition to the two natural gas generation facilities that exist or are proposed as approved uses within the Eldorado Valley Transfer Area.

City Attorney Brittany Walker said the question was written to apply to just the existing facilities.

She also said it was simply asking voters if this is something they would approve of as a use in the Eldorado Valley.