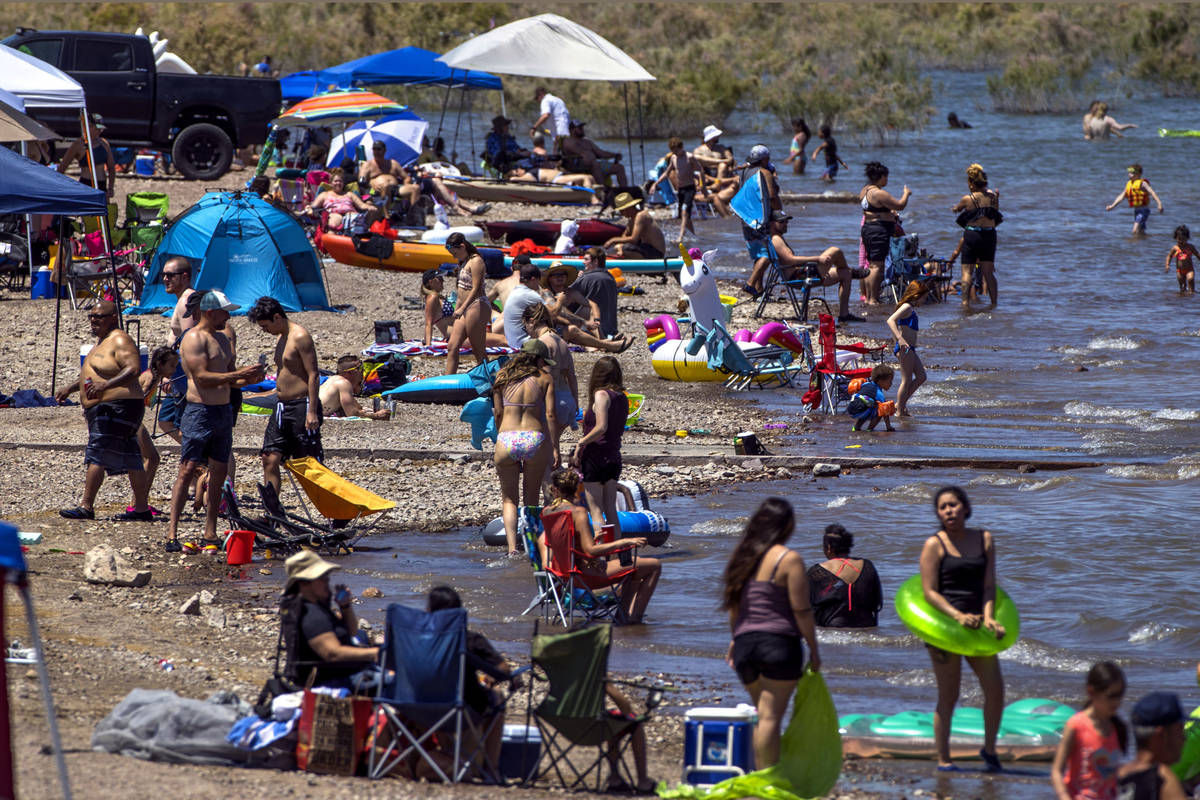 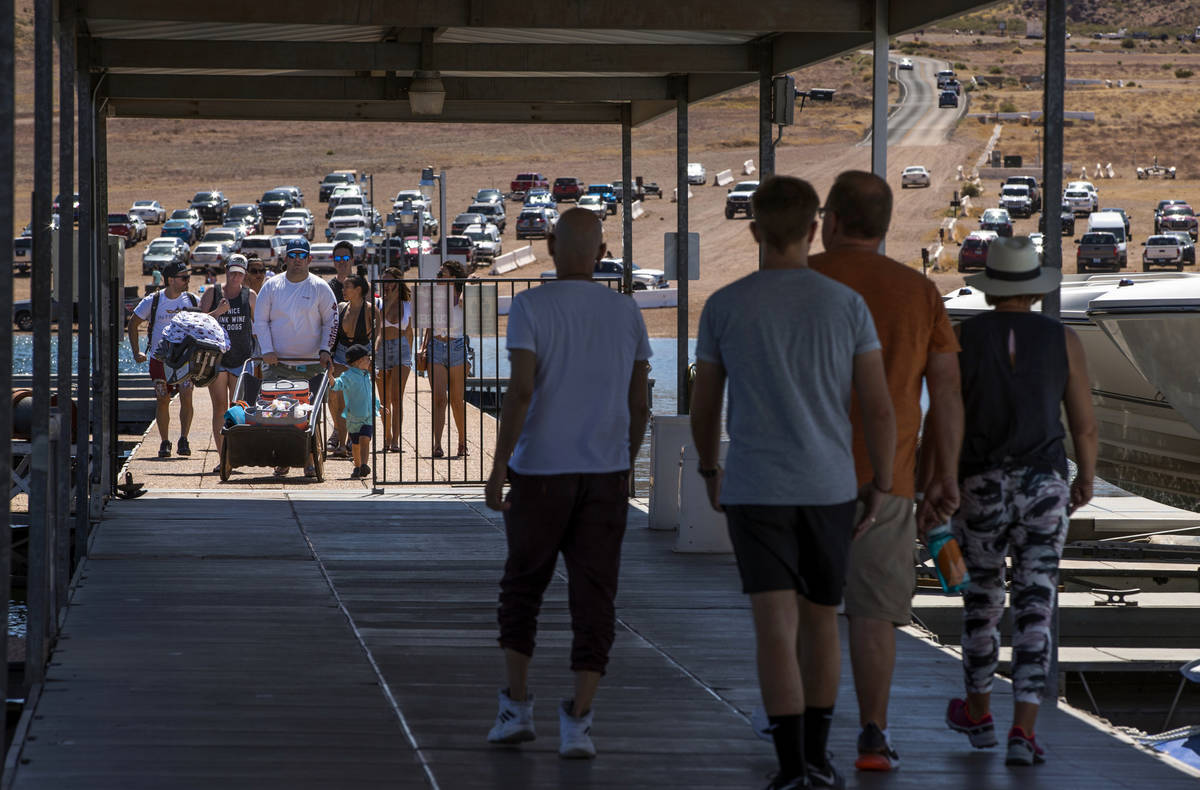 (L.E. Baskow/Las Vegas Review-Journal) Visitors walk on the pier at the Las Vegas Boat Harbor in the Lake Mead National Recreation Area, which opened to annual pass holders only during the novel coronavirus pandemic, Saturday, May 2. 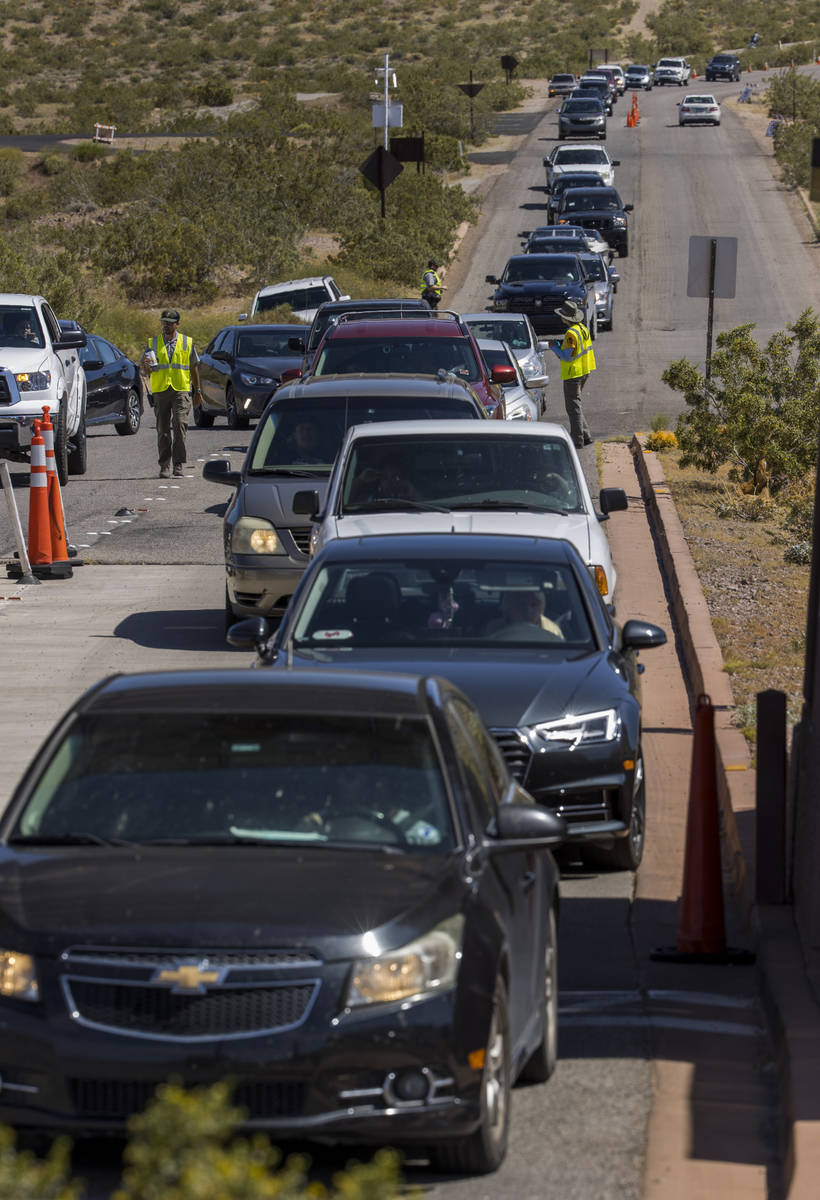 (L.E. Baskow/Las Vegas Review-Journal) Visitors are backed up at an entry station to Lake Mead National Recreation Area on Saturday, May 2, after the park opened to annual pass holders. 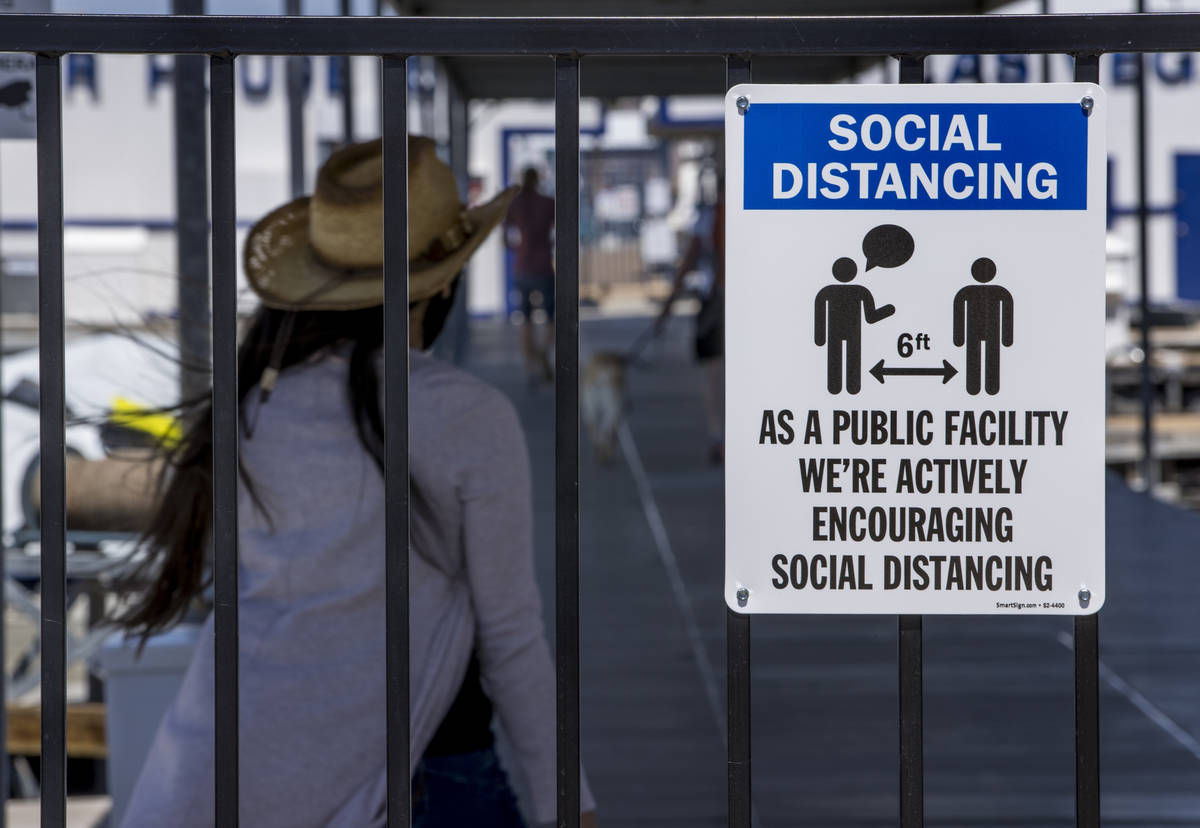 For Kelani Mitchell, it was the longest stretch of time she’d been outside her apartment since Gov. Steve Sisolak issued a stay-at-home order for Nevadans in March.

“I felt this huge relief as soon as we got out of the car,” Mitchell said. “It’s like, oh my God, we really made it through something huge.”

Long lines of vehicles stacked up at entry stations as park facilities opened for the first time since late March, with some being turned away after reaching the front of the line without an annual pass.

To prevent the spread of COVID-19, the National Park Service is not allowing cash or credit transactions at entry stations, but passes are available online.

Mitchell said she and her roommate split the cost of the $45 pass after she learned the park would reopen Saturday to annual pass holders.

“We just had to get out,” she said, laughing. “We were going to kill each other, I thought.”

In March, the park closed all of its facilities and public beaches, picnic and parking areas in an effort to seal off access to the recreation area.

The park remained open to hikers and bikers, and Sisolak encouraged Nevadans to keep enjoying outdoor activities as long as they still practiced social distancing.

As of Monday afternoon, park officials did not have a count of how many people visited during the weekend.

But on Saturday, visitors crowded beaches and harbors despite warnings that the coronavirus pandemic is far from over.

“It’s like, everyone’s so crazy to get out that they forgot why they were shut in,” Mitchell said. She and her roommate decided to stretch their legs and eat lunch at a scenic overlook where they could keep their distance from other visitors.

Families flocked to Boulder Beach and left little space between their bundles of blankets, umbrellas and coolers.

“Honestly, I’m incredibly nervous about all these people,” said Brooke McCullough, a mother of three who lives in Summerlin.

McCullough came armed with hand sanitizer and disinfecting wipes, and said she was keeping a close eye on her kids and the other visitors at the park.

“But is it weird to say that on the other hand, I missed crowds? I forgot what this looked like,” she said, gesturing at the other visitors sprawled across the beach or splashing through the water.

“For instance, at Boulder Beach, we started managing access to avoid overcrowding. We are asking people at the beach to set up 10 feet apart with a limit of 10 people per space.”

Additionally, Vanover said the fluctuating water levels have caused some overgrown vegetation at the beach and staff is planning to clear it out to provide a larger beach area.

“That would allow us to accommodate more people while still allowing them to set up with a safe distance between them,” she said.

As summer weather approaches, boaters such as Maureen and Ronald Dougherty found themselves itching to get back on the water. So despite the crowds and the threat posed by COVID-19, the pair of 76-year-old retirees said they were glad to finally be back at the lake.

The couple stayed indoors through all of April, with only occasional interactions with food or grocery delivery staff, they said. While they were stuck inside, they promised each other they would take their boat out as soon as they had the chance.

“They say there’s a new normal, but today we’re pretending we’re back in the old normal,” Maureen Dougherty said.