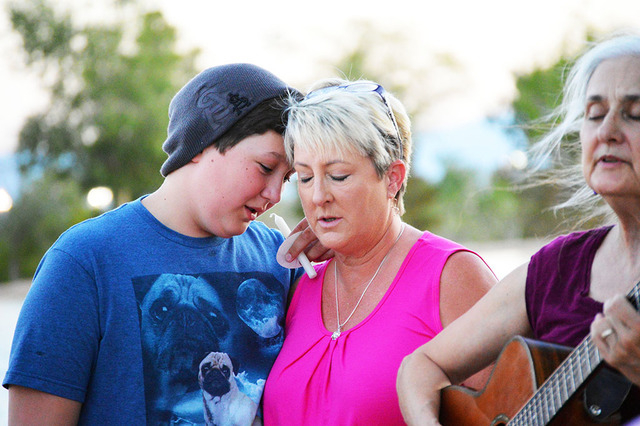 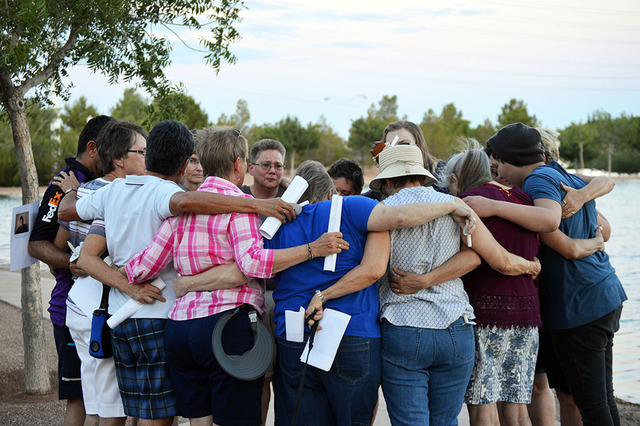 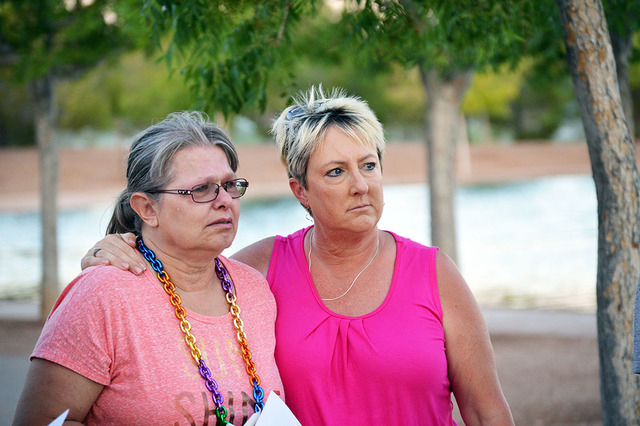 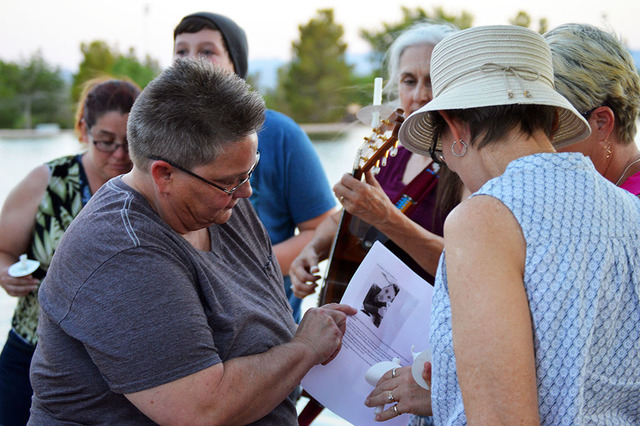 Early Sunday morning Omar Mateen walked into Pulse, a gay nightclub in Orlando, Florida, and killed 49 people using a semi-automatic rifle and a 9mm semi-automatic pistol. A day later, 2,000 miles away from the site of the deadliest mass shooting in U.S. history, residents of Boulder City and Las Vegas gathered for a vigil by the duck pond in Veterans’ Memorial Park.

The gathering of 15 people was their way to show solace and grieve for victims at the nightclub and members of the LGBT community who experienced violence.

“How long, oh God, must we wait for an end to the violence against the LGBT community?” said Rev. Sandy Johnson of Boulder City United Methodist Church. “We mourn for the victims in Orlando.”

As the mourners encircled a small area near the pond, they spoke about the need to not go on as business as usual.

“It is important that we don’t skip past this event,” Johnson said. “Already this morning I saw people posting on Facebook as if nothing had ever happened. We can’t look past this event. What happened in Orlando is a symptom of our country. We need to grieve and we need to be angry about this.”

The vigil participants took Johnson’s words to heart; they were in grief and they were angry.

At one point Boulder City resident Leesha Nush broke down, unable to contain her emotion. “How can we stand here and be so calm when all these people were massacred?” Nush said, her eyes red from tears as Johnson consoled her.

Members of the LGBT community in attendance spoke about the fears they have about growing up as gay individuals.

Marny Robanson, vice president of PFLAG of Boulder City, recalled growing up as a lesbian in Texas and the fear she felt being in a place that did not accept her.

“When I was growing up in Texas, gay bars were all in one area and people would leave for the bar and never come home,” Robanson said.

“Sometimes I feel like we are just fish in a barrel,” Barringer said. “This is not over, and unless something changes there will be another attack on our community.”

Robanson said she believes there are still people who wish to hurt members of the LGBT community.

“What happened in Orlando can happen anywhere,” she said. “It can happen to anyone who is an out and proud person.”

As the vigil continued, participants bowed their heads and listened as each person named a victim and told the group about that person.

They mentioned Jonathan Antonio Camuy Vega, who worked for Telemundo in Orlando. They spoke of Shane Evan Tomlinson, a member of the band Frequency. They spoke of Antonio Davon Brown, a captain in the U.S. Army Reserve.

“I think we see a common theme with these people,” Kathleen Wood said. “They all were proud of themselves and had such big smiles.”

At the end of the vigil the group came together for one last long embrace. They held each other tight. Some participants needed comforting and others needed to comfort; some cried and others stood stiff lipped and strong.

The vigil could not bring back the dead and it could not ensure that something like this would never happen again, but for a brief moment by the duck pond, the small group from a small city could share its grief with a city in Florida 2,000 miles away.