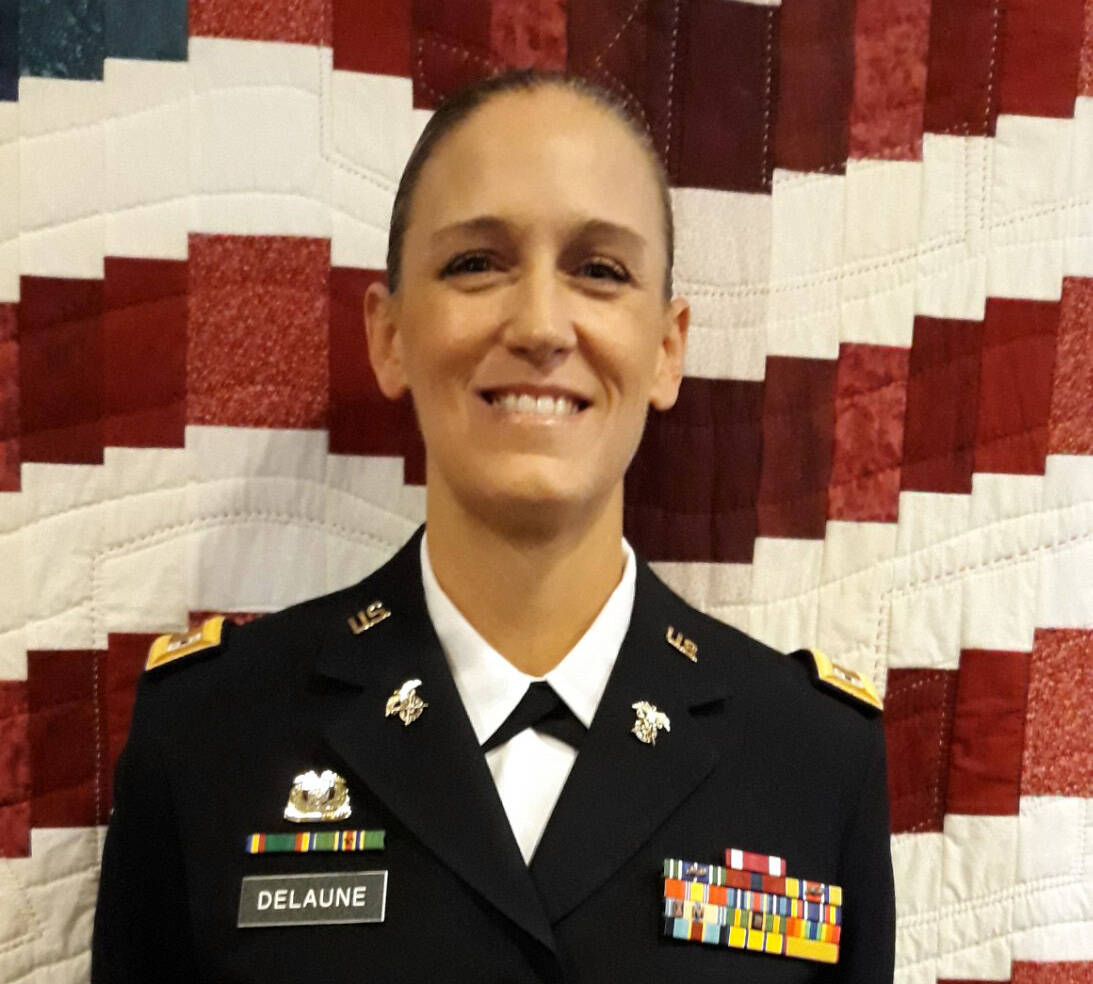 Kim Delaune Kim Delaune is a veteran and works as a at the Southern Nevada State Veterans Home in Boulder City. The Nevada Department of Veterans Services recently honored her as its Employee Veteran of the Month for November.

Recently, the Nevada Department of Veterans Services honored her as its November 2021 Employee Veteran of the Month for her work at the Southern Nevada State Veterans Home in Boulder City during the pandemic and for her passion, skill and talent as a nurse.

“Receiving that was just phenomenal. … I feel very honored that I get to do what I do,” she said.

Delaune has been a nurse for 14 years and at the Southern Nevada State Veterans Home since 2017. She also served in the U.S. Marine Corps from 1997-2005 and has been a part of the Army National Guard since 2005.

During the pandemic, Delaune served on the COVID-19 Task Force in Clark County and oversaw infection control monitoring at the veterans’ home.

“When the pandemic hit, infection control became the center of our attention and Kim did not hesitate to step up to the plate,” said Kat Miller, NDVS director, in a press release. “Kim demonstrates the passion and dedication of a true public servant, setting a great example as (a) terrific team member for both NDVS and the state of Nevada.”

According to the Department of Veterans Services, Delaune remained on-site, seven days a week during this time and helped with screening at the home’s main entrance and the COVID-19 unit.

“Kim never hesitates to bring her leadership and skill set to table, no matter how challenging the task,” said Amy Garland, NDVS deputy director of the health care division, in a press release. “We feel she is a tremendous asset and valued member of a very talented NDVS team.”

For Delaune, 44, her work as a nurse came after she served in the U.S. Marine Corps even though she had been thinking about it for a long time.

“I think in second grade, I decided I wanted to be in the military and a nurse. … After I got out of active duty in the Marine Corps, I wanted to do something more than clerical work,” she said.

She got a job as a business manager at a hospital and said it rekindled her desire to be a nurse.

“I started my career in Louisiana in a long-term acute care facility,” she said.

Delaune moved to Nevada in 2010 and said her experience as a veteran has helped her connect with her patients.

“It just brought me closer to the people I serve,” she said. “I have that connection with them because I’ve been deployed.”

“The residents that are there have become my family,” she added.

Currently, Delaune is a chief warrant officer 2 in the Army National Guard and belongs to the 17th Sustainment Brigade based in Las Vegas. She does strategic planning for large operations of petroleum and water production.

When she isn’t working there or at the veterans’ home, she is running, working out or going to the gym as well helping her 17-year-old daughter get ready to graduate from high school. She also has two dogs and enjoys traveling with her boyfriend and her daughter.

The Employee Veteran of the Month award initiative began in January 2021 and each month an employee veteran is recognized by the director of the Nevada Department of Administration and the administrator of the Division of Human Resource Management.