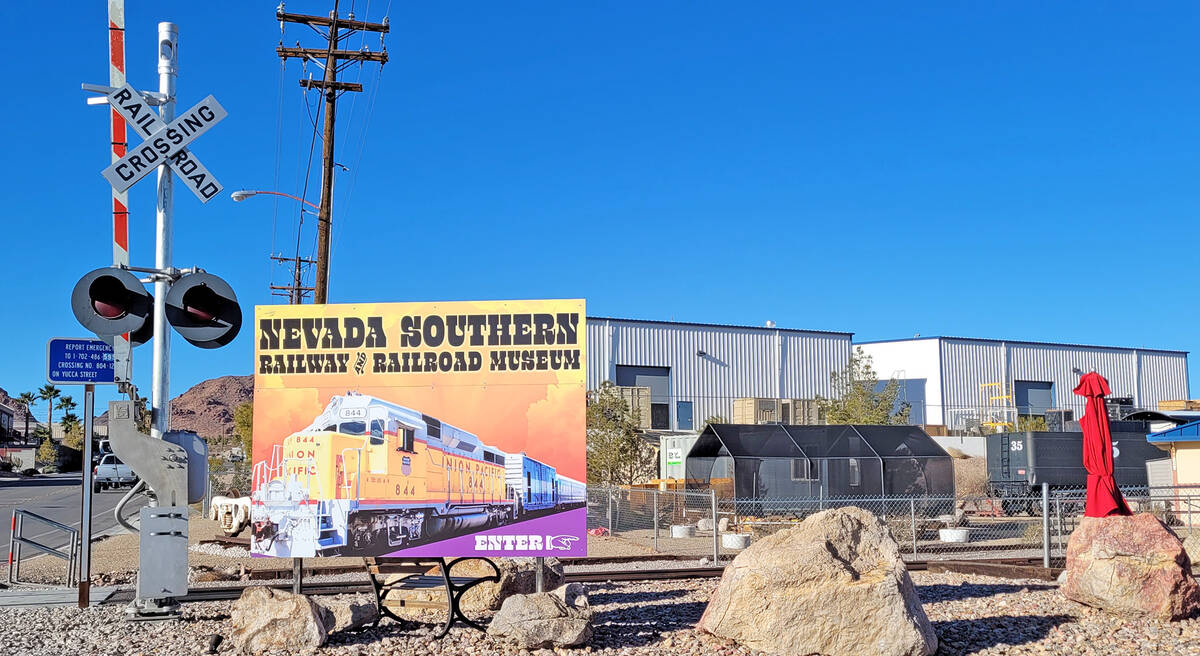 Celia Shortt Goodyear/Boulder City Review State funds to finish the design phase the expansion of the Nevada State Railroad Museum in Boulder City could be released in February.

“We are currently slated to appear before the Interim Finance Committee in February to request the release of the final funds to complete the design portion of this phase, and if the committee approves, the architectural firm, LGA Inc., anticipates having construction documents completed in summer of 2023,” said Christopher MacMahon, museum director. “From there, breaking ground will depend on securing funding for the construction portion of this project.”

The museum at 601 Yucca St. is expanding and a 9,700-square-foot visitors center, boarding platforms, display buildings, linear park with interactive features for children and links to the River Mountains Loop Trail will be built.

In 2019, the Nevada Assembly passed a bill that approved $217.5 million in bond proceeds for the state. Within that amount is $30 million for projects at Nevada museums, including the expansion in Boulder City.

“It is difficult to put an exact figure on what percentage will come to Boulder City,” said MacMahon. “The museum expansion project here at the Nevada State Railroad Museum in Boulder City is substantially larger than the project at Ely and, as such, NSRM (Nevada State Railroad Museum) Boulder City is receiving a larger percentage of those funds to move forward with the expansion project. Simply put, the size and scope of the project here correlates to a larger amount of the funds directed toward Boulder City.”

A new access road behind Boulder City Parkway is also needed for the project.

MacMahon said the road will connect Yucca Street to the new site and provide museum visitors easier access to businesses.

The $30 million is part of the new Conserve Nevada Grant Program. It is a continuation and renewal of Nevada’s original conservation bond program enacted in 2002.

“For nearly two decades, Nevada’s landmark conservation bond funding program has helped restore, preserve and enhance our spectacular natural and cultural resources in every county across the state,” said Bradley Crowell, director of the Nevada Department of Conservation and Natural Resources. “From creating fire-resilient landscapes and ecosystems, to protecting rivers and wetlands, to advancing sustainable outdoor recreation opportunities for families and visitors, to preserving historic and cultural treasures, the Conserve Nevada program will help cultivate a healthy, vibrant Nevada for generations to come.”