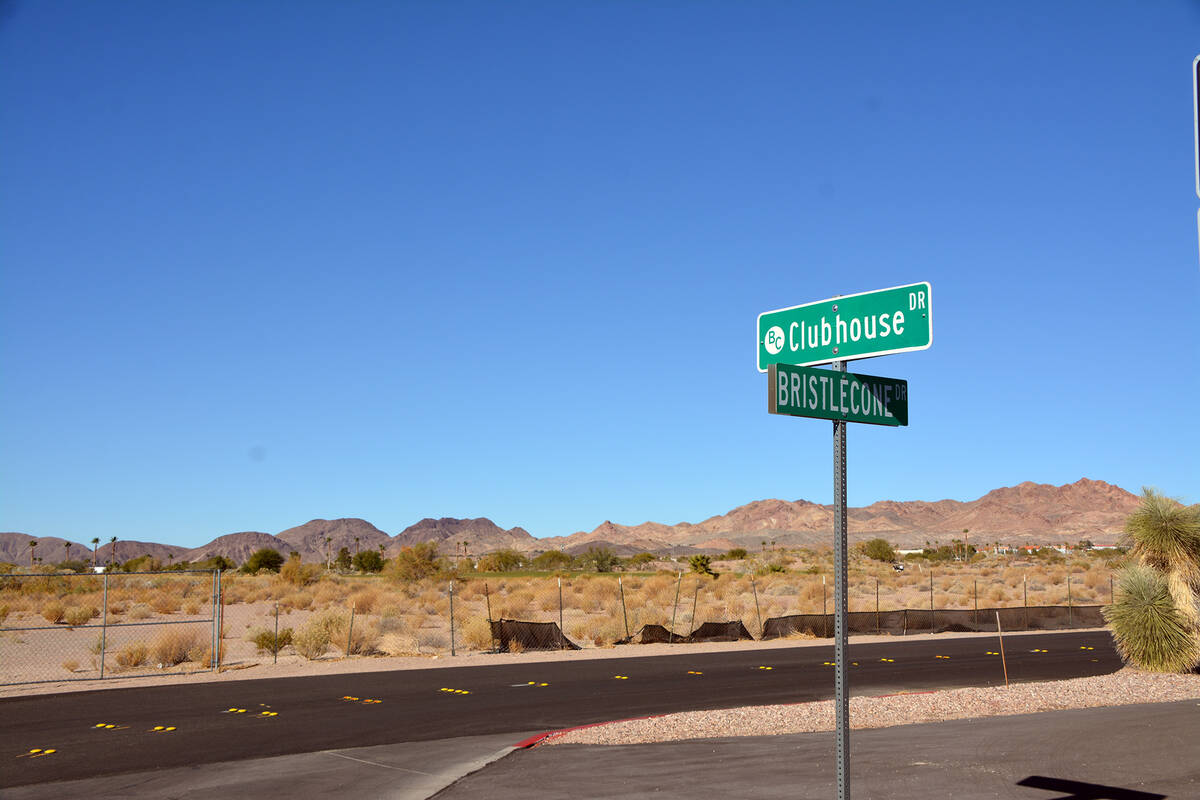 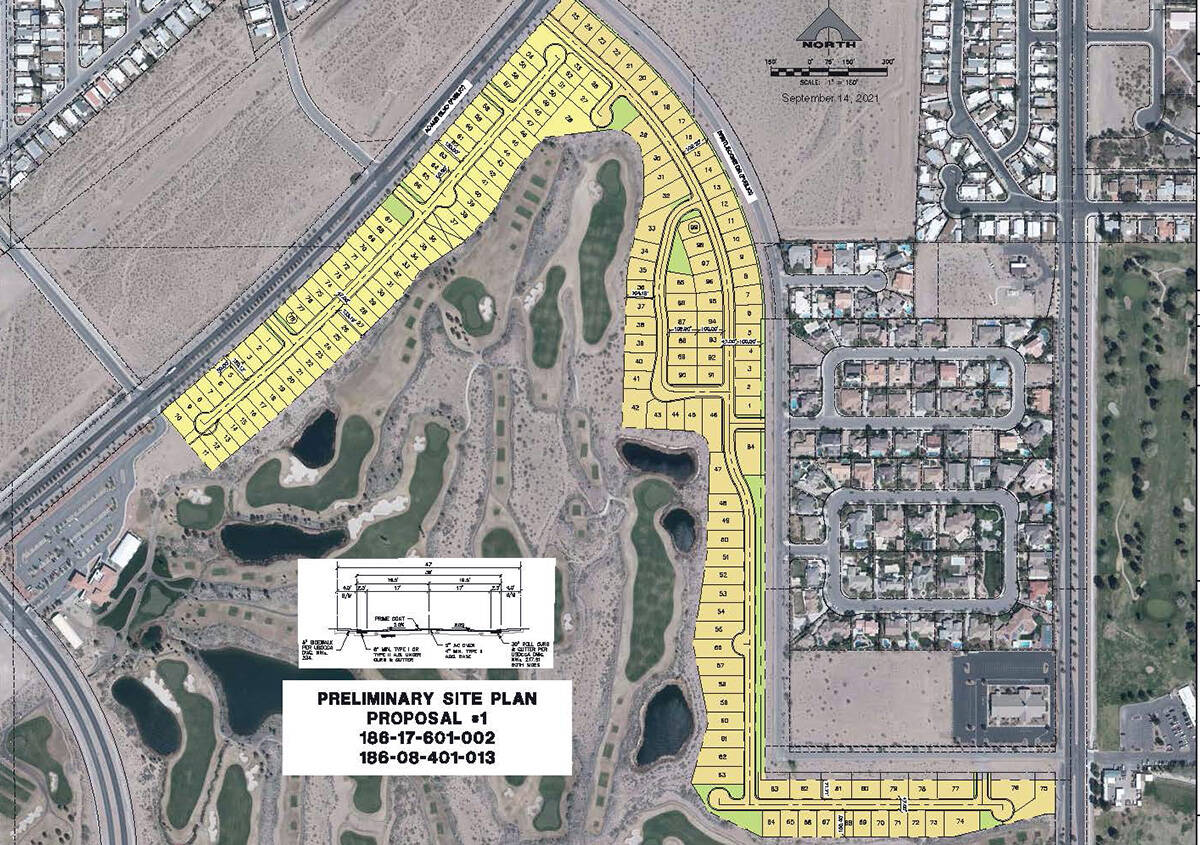 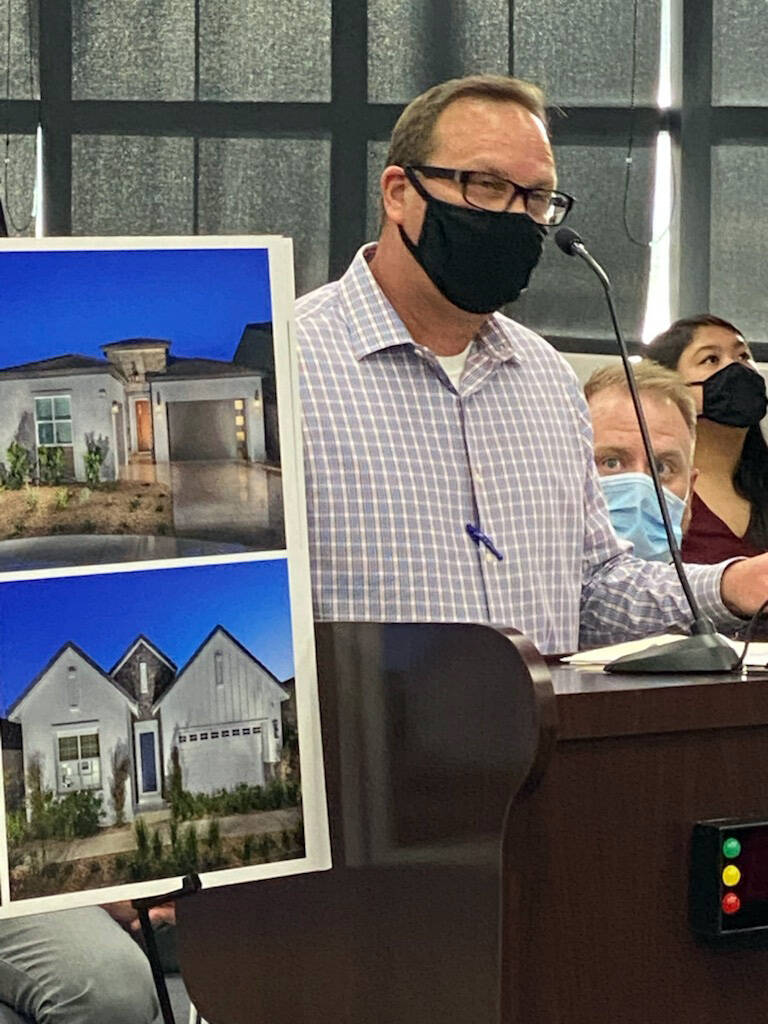 Toll Brothers’ proposal includes a three-phased purchase of the parcel with a total purchase price of $28.5 million. If it goes through,$25.7 million will go toward the new swimming pool project and $2.8 million will go to public safety.

“Neighborhood design is very important to us. … We take time to ensure that our architecture complements the areas we build in, and we always try to be the best in the market,” said Dan Wright, vice president of community planning for Toll Brothers.

Wright also said the developments will be connected to existing walking paths, have several pocket parts and a linear park along Bristlecone Drive.

“I do feel it’s important to have something more affordable than your typical 3,000- to 4,000-square-foot house with five bedrooms … .” she said.

“I do like the diversity that is offered by the Toll Brothers’ proposal here,” said Adams. “I especially like the amount of green space that they laid out, the linear park down there along Bristlecone. I think those are … important for communities to have.”

Brok Armantrout, Boulder City’s contracts/real estate manager, said an evaluation committee made of representatives from the Public Works, Parks and Recreation and fire departments ranked this Toll Brothers’ proposal the highest out of those received.

“Overall, the committee felt that the Toll Brothers’ number one proposal best met the intent of the RFP (request for proposal) and provided the best value to the city and to a home product that was consistent with development throughout the entire community,” he said. “We like the linear park on Bristlecone as well as the scattering of parks throughout the entire area and the sizes of the homes.”

StoryBook is in the process of completing its Boulder City development, Boulder Hills Estates, and was recently acquired by Toll Brothers.

It submitted two proposals for Tract 350, one that would keep the existing zoning and have 122 units and another that would have 144 units and add R1-5 zoning. TaylorMorrison had three different proposals. All were zoned R1-6 and R1-7; one had 185 units, another 141 units and the last one 149.

Councilwoman Sherri Jorgensen said she thought consistency needed to be maintained with the homes that were already on Bristlecone Drive and that StoryBook Homes was the only developer that offered to keep the zoning as is.

Additionally, she said when she was running for council, she heard from a lot of residents who did not want the zoning changed in that area.

“What I want to see is a place that represents our community, its needs and its wants,” she said.

A major element of the city’s request for proposal was installing a necessary storm sewer in the area near the parcel. Toll Brothers’ and StoryBook Homes’ proposals included options for them doing the improvements or having the city do it. If the city did them, each developer would pay approximately $1 million more for the land.

Staff estimated the cost of installing the storm drain improvements to be $1.5 million. If the city were to do the improvements, it could create a special improvement district for the development or ask the voters to approve a bond for the costs.

“Staff did consider, as we evaluated the SID option, … to construct a sewer versus having the developer construct the sewer,” said Armantrout. “It’s been our experience that just about everywhere else it’s (the) course of business for someone that takes down property they construct the necessary improvements on-site and off-site to serve the property… .”

Mayor Kiernan McManus said he was concerned that the information provided by staff and the developer’s proposals did not provide more details on how the new sewer system would be installed and financed.

He also said it was important to keep in mind that figures presented by Toll Brothers could change because they depend on a new appraisal.

“We get appraisals and then the decision is made by the developer whether they’re OK with making that payment or not,” McManus said.

Jorgensen and McManus voted against moving forward with Toll Brothers’ proposal with Bridges, Councilman Matt Fox and Adams voting for it.

Armantrout said staff will now move forward with finalizing the sales contract with Toll Brothers and getting the independent appraisal for Tract 350. He said if the amount comes in higher, then Toll Brothers has the option to match the appraisal. If it comes in lower, he said the city expects them to honor the initial bid.