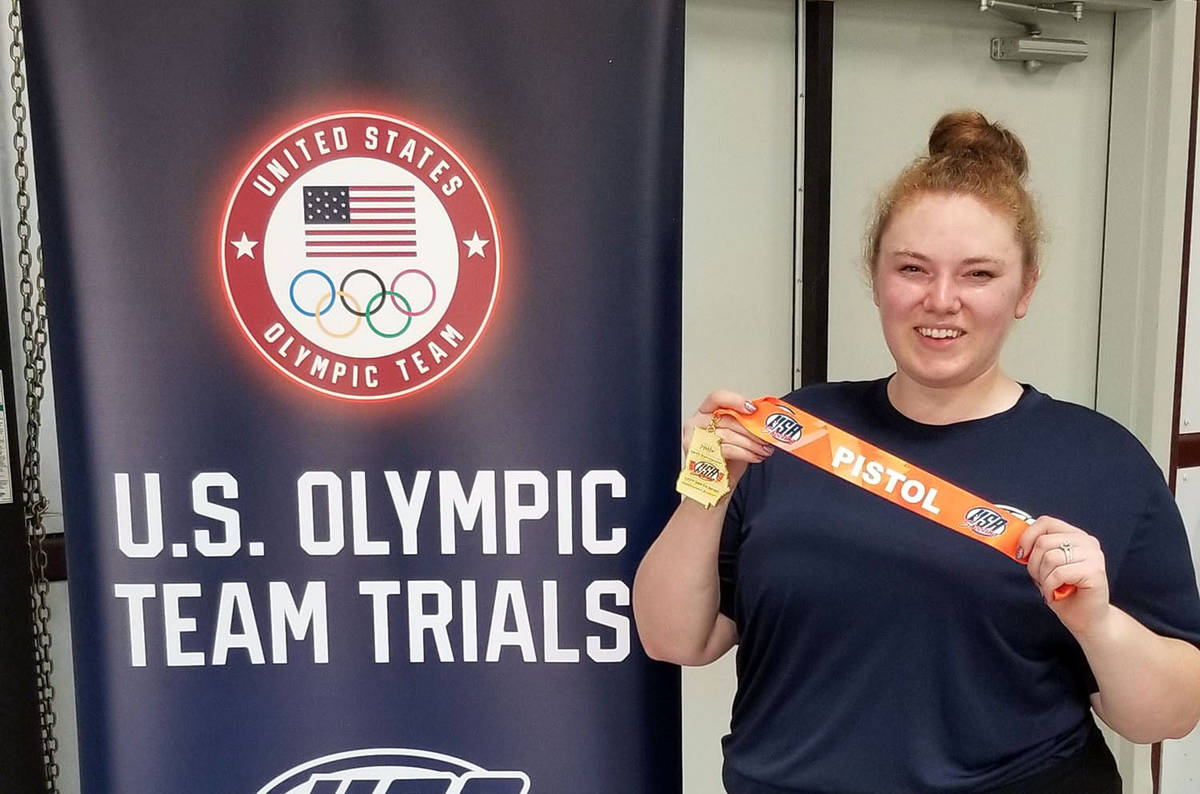 Alexis "Lexi" Lagan of Boulder City, will be competing in a few days at the Tokyo Olympics.

“Training with a broken ankle has been difficult and painful, but I’m healing quickly, faster than my doctor predicted, and feeling confident before the games,” she said. “I am still doing rehab and will be throughout, but I don’t think it will be a problem in Tokyo.”

Lagan is competing in shooting and is the first female athlete from Boulder City to compete in the Olympics.

“Lex works daily on imagery and visualizing the perfect 10 on target,” said Lagan’s mom, Jill Rowland-Lagan. “I have realized that Barry (Lagan’s dad) and I had been practicing visualization, too, but seeing Lexi walk with Team USA in the opening ceremonies, I can’t believe it’s finally here and she is realizing her hard work and dream!”

The shooting events at the Olympics will be streamed at https://www.nbcolympics.com/schedule/sport/shooting.

Lagan earned her spot on the U.S Shooting pistol team in February 2020. At the trials, she came in first and was 34 points ahead of fellow teammate Sandra Uptagrafft of Phenix City, Alabama, who competed in the 2012 Olympics.

In March 2020, the International Olympic Committee rescheduled the Olympics to July 23-Aug. 8, 2021, due to the worldwide COVID-19 pandemic.

Lagan said that extra time was “100 percent” better for her in the long run.

“I was able to go to World Cup India earlier this year where I had a huge confidence booster placing sixth in the women’s sport pistol final,” she said. “I feel like the extra time was important for my preparation. It was a difficult time and very different from my original plan, but we did what we could with what we have.”