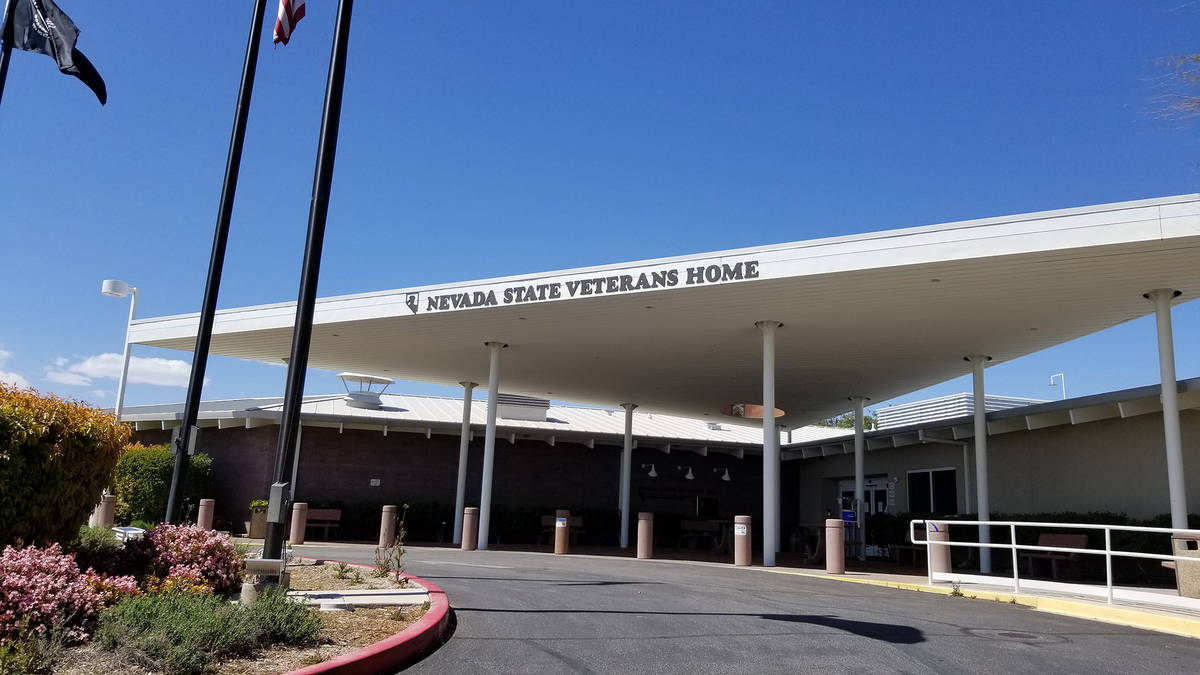 Three of the six residents and two of the eight staff members at the Southern Nevada State Veterans Home in Boulder City who tested positive for COVID-19 have recovered.

Several of the residents and staff members at the Southern Nevada State Veterans Home who tested positive for COVID-19 have recovered, according to Terri Hendry, communications director for the state department of veterans services.

Three residents have recovered and were cleared Monday, April 13, to be removed from isolation. Three other residents remain isolated in an area designated as the “Heroes Unit” and are “doing well with minor symptoms.”

Hendry said the results of a sixth resident’s test were announced during the weekend after family members were notified.

Eight staff members tested positive for the virus and two have recovered and are back to work, Hendry said.

“The rest remain in self-isolation until they have finished the required 14-day isolation period and are symptom-free for three consecutive days.”

Results of all 234 staff members’ testing were announced late Friday, April 10. Testing was completed by the Nevada Department of Veterans Services.

According to Hendry, the home is not allowing anyone who has not been tested to work at the home or be allowed inside the building.

“We are extremely grateful we were able to get COVID-19 testing for all our residents and team members at the home,” said Nevada Department of Veterans Services Director Kat Miller. “This has really helped to ease the fears and concerns of our residents, staff and families. But we realize we have to remain vigilant in order to get on top of this virus and stay on top of it.”

Hendry said the community members can show their support of residents and staff members through “One-Minute Videos,” taken from smartphones and sent to rizof@veterans.nv.gov or downloaded through the Dropbox app at https://www.dropbox.com/request/79bAbFtLQMrAPeVcPuuD.

“These videos are just short messages wishing residents well and supporting the team that is caring for them. It’s simple to do. Just state your name, where you live and add a short message such as ‘Thank you for your service’ or ‘Just wanted you to know, we are thinking about you. Stay strong and get well soon!’ We have received ‘One-Minute Videos’ featuring children and even talking pets,” she said.

For daily updates on the health situation at the veterans’ home, call its COVID-19 update line at 702-332-6705. For more information on Nevada’s COVID-19 response, visit http://nvhealthresponse.nv.gov.