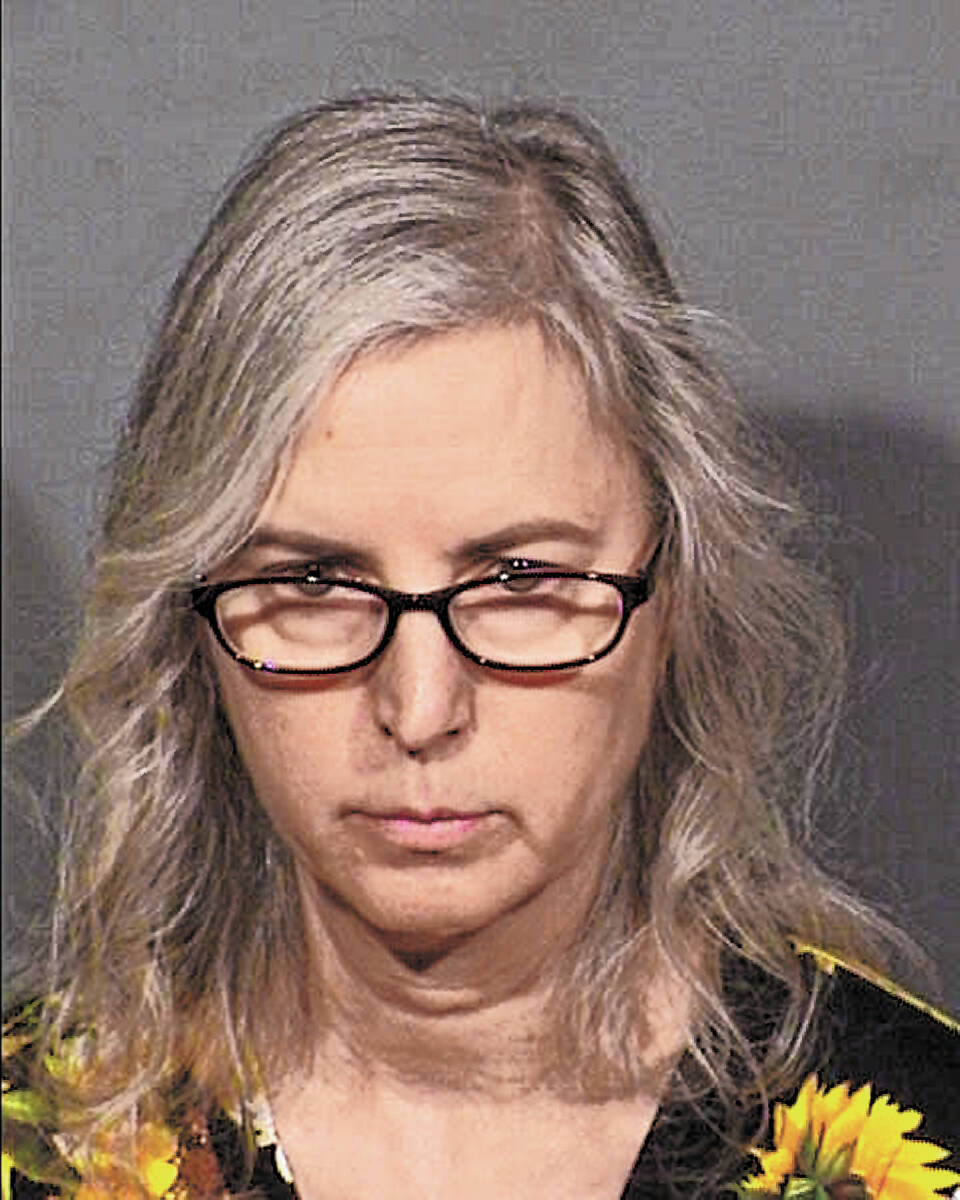 The owner of a Henderson construction company that police say was swindled out of more than $500,000 in a years-long embezzlement scheme says the losses nearly destroyed his business.

Boulder City police said JCORD’s former bookkeeper, Kathryn Mari Trygstad, carried out the theft from 2017 to 2021 by manipulating bookkeeping and payroll records, creating fake companies and then submitting fictitious billings to funnel hundreds of thousands of dollars of the company’s funds into her personal bank accounts.

Urioste encouraged all Las Vegas Valley business owners to conduct criminal background checks on any prospective employees who could end up handling money while on the job.

He also said annual audits of his business by a certified public accountant did not detect the theft.

Urioste said he checked Trygstad’s references before hiring her, but he did not take the extra step of paying for a criminal background check. If he had, he would have seen that she pleaded guilty in 2014 to a gross misdemeanor of conspiracy to commit theft in the theft of more than $14,000 from another Henderson business, according to Clark County District Court records.

At that time, she was ordered to pay $14,267 in restitution, with payments being made every 30 days, through the county division of parole and probation. The records also show that she violated the terms of her plea agreement in June 2016 and was taken into custody and was ordered to serve 364 days in jail.

“She was very endearing,” Urioste said. “She understood the QuickBooks and the construction process. She just seemed like the sweetest, nicest, gray-haired lady. I got duped.

“She was here five years,” Urioste continued. “She went to every kid’s birthday party with gifts I apparently purchased. … She planned Christmas parties, company picnics.”

Trygstad was arrested June 28 at her current place of employment in Las Vegas. She was booked at the Clark County Detention Center on felony counts of forgery, grand larceny and embezzlement of more than $100,000, burglary of a business and a misdemeanor count of petit larceny. She is out of custody after posting a $49,000 bond.

Court records did not indicate whether she had retained an attorney as of Wednesday afternoon or when her next appearance was scheduled.

The embezzlement was discovered, police and Urioste said, after Trygstad mysteriously disappeared from her job at JCORD on the afternoon of April 16, 2021.

Urioste said Trygstad, who was 54 at the time, told her co-workers she was going to run an errand to withdraw money from her personal bank account because her family planned to purchase a boat.

She never returned to work.

“All of the girls in here were panicked,” Urioste said. “We thought she’d been robbed, kidnapped or killed.”

The company filed a missing persons report the next day.

Police said that in the week prior to her disappearance, she’d deposited $19,000 of JCORD’s money into her personal credit union account.

“They froze her because she had so much money,” Urioste said. “That’s why she bolted. They red-flagged her.”

An arrest report for Trygstad, penned by Boulder City Detective Christopher Gelson, said that when Trygstad was still considered missing, police filed subpoenas for her banking records. Investigators uncovered the suspicious deposits and asked Urioste if they’d been authorized by the business.

“Then a detective showed up,” Urioste said.

Police would take more than a year to go through all of the company’s financial records and Trygstad’s banking records. Gelson said in the arrest report that police found numerous copies of checks made payable to Trygstad and companies that were later determined to be fake as well as for cash.

Police also found payroll checks issued to JCORD employees that were deposited directly into Trygstad’s checking account via QuickBooks, an accounting software. The checks were later determined to be duplicates of checks issued to employees.

“In one case, a guy retired, but she kept him on the books and just changed the direct deposit to her own account,” Urioste said.

Urioste said that after the embezzlement was discovered, he recognized a handful of warning signs.

The company did more than $1 million worth of work at Allegiant Stadium, yet it showed a slight loss on the job. When Urioste inquired about it, he came across a $14,000 invoice billed to a trucking company that he did not recognize. He said Trygstad said the invoice was mistakenly billed to the Allegiant job. He was following up when police started investigating the reported embezzlement.

Urioste expects the business to survive over the long haul, but there have been times where he wasn’t sure they were going to make it.

“You have to laugh,” he said. “If you don’t laugh you will cry. Lesson learned.”