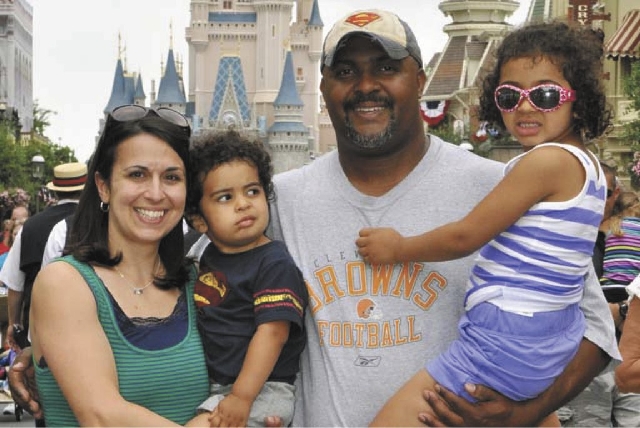 NEW YORK — Laura Radocaj of Vero Beach, Fla., was warned when she was pregnant with twins that motherhood would be harder than she imagined – especially because she planned to go back to work while the twins were still babies. “But this has been the easiest transition,” said Radocaj, 28, who works from home in corporate communications.

So what’s her secret?

Her husband, Marco, also 28, puts in just as much time with child care and housework as she does, even though he works full-time for an air-conditioning company. “If your partner is splitting things 50-50, it’s easy,” said Laura. “Before, when everyone made motherhood seem like such a big deal, men weren’t chipping in as much.”

Something is changing with today’s young fathers. By their own accounts, by their wives’ testimony, and according to time-use studies and other statistics, more men are doing more around the house, from packing school lunches and doing laundry to getting up in the middle of the night with a screaming infant.

But it’s not just about sharing chores. For dads in their 20s and 30s, being an involved father is part of their identity. They blog about changing diapers, they chat nonchalantly with colleagues about breastfeeding, and they trade recipes for baby food while working out with guys at the gym.

Creed Anthony, 37, a teacher and father of two in Indianapolis, recalled standing in a hallway at work “talking about breastfeeding with three women. It was natural. They didn’t bat an eye.” Another conversation with colleagues, male and female, involved “poopy diapers, puke and eating cycles,” he said. “And there are a number of guys at school who talk to each other about these things, whether it’s `my son’s getting up at two in the morning, he’s got this diaper rash, what did you do?’ or running a vacuum cleaner to help a colicky baby. It’s funny, but it’s perfect.”

His wife, Amal Anthony, 35, who works at a law firm, says Creed not only handles diapers and sick kids, but also does most of the shopping and laundry. But please don’t call her husband Mr. Mom.

“The Mr. Mom thing gets thrown around a lot and a lot of us don’t like that,” said Anthony, who writes a blog called “Tales from the Poop Deck” and also contributes to the “Life of Dad” social networking site. “It’s normal to us to be a dad. This is what we’re supposed to do.” He said he’d like to see more focus on all the “really good dads out there … rather than being portrayed as some doofus that only sits on the couch and watches sports.”

Part of why dads are doing more around the house may be that women are doing more in the workplace. A study from the Pew Research Center this month found that mothers are the breadwinners in a record 40 percent of families. At the same time, the number of stay-at-home dads is twice what it was 10 years ago – though still a relatively small number at 176,000. And in two-thirds of married couples with children under 18, both parents work, according to the U.S. Census.

As working moms increasingly become the norm, and as their financial contributions become more critical, they’re doing less cleaning and cooking. A Pew study released in March shows that since 1965, fathers have increased the amount of time they spend on household chores from four hours to 10 hours a week. Women still do more, but as dad’s share goes up, mom’s goes down: In the same time period, mothers reduced their housework from 32 hours a week to 18. Dads have also tripled the amount of time they spend with children since 1965, even though moms still put in about six more hours a week with kids than dads overall, according to the Pew study.

“There’s no question that guys are doing more, twice to three times as much, in fact – for couples working two full-time jobs and caring for children 6 and under – than in the 1970s,” said Arlie Hochschild, whose groundbreaking book “The Second Shift,” documented how an earlier generation of women did the lion’s share of child care and housework even if they had jobs outside the home.

Jay Fagan, a sociology professor at Temple University in Philadelphia and founding editor of the academic journal Fathering, says the inverse relationship between hours worked outside and inside the home makes sense: “When the mother is working full-time, it is impossible for her to do everything.” But there’s another aspect too, he notes: “The more you earn, the more it buys you out of some of the mundane responsibilities.”

For their part, the new dads say they want things divided equally. Fatherhood, says Jeremy Foster, 37, of Kansas City, Mo., has gone from a “provide, protect scenario, to a team effort, especially nowadays with couples raising children where both work full-time.”

At one point, when his 1-year-old Sophia wasn’t sleeping well, Foster even moved into the nursery so that his wife, a social worker, could get enough sleep. “I’d rock Sophia and get her back to sleep so my wife wasn’t doing all the work,” said Foster, a creative director and designer for an online platform called CD2 Learning.

Foster and his wife also have his-and-her diaper bags – hers with a floral pattern, his a gray-and-orange messenger bag from DiaperDude.com. The company was founded 10 years ago by Chris Pegula of Santa Monica, Calif., a father of three who was put off by his wife’s taste in diaper bags.

“They were so feminine, there was no way in hell I was going to carry one of them,” said Pegula, now 41. “They had colorful stripes and flowers and leopard prints. They were basically purses. I went to look for a bag for myself but there wasn’t anything on the market in a dad category.” Diaper Dude now sells dozens of styles designed to appeal to men, from camouflage prints to bags with baseball team logos.

Other signs that hands-on dads are now mainstream range from changing tables in men’s restrooms to unisex baby showers to paternity leave in the workplace. Or, as a new survey from Men’s Health magazine and BabyCenter.com summed it up, “Dad is the New Mom.” But the outside world has not completely accepted the notion of dads as equal partners. Randi Wall, 25, of Northfield, N.J., says she still gets “a lot of negative comments” from “elders” about her fiance, Douglas White, Jr., 24, who works as a mechanic and also helps around the house and with their two kids.

Wall, who works from home in advertising and marketing, tunes the naysayers out, saying, “I’m extremely proud of the man and the father that he is. Sharing our responsibilities makes our relationship, and our family, function much more smoothly.” White, for his part, says his “choice to help out and take part in our children’s lives does not diminish Randi’s ability to be a wonderful mother and significant other.”

Fagan, the Temple professor, says “there’s no question that young fathers are far more involved,” not just in how much time they spend with kids, but also in “their sense of who they are as individuals – their personal identities.”

But he noted that the trend of sharing child care and housework is “largely happening among college-educated couples.” Families where parents lack college degrees and are struggling with unemployment are “more likely to be raising their children as single parents,” he said. “It’s a real concern.”

Even in two-parent families, how much dads do around the house depends on “how much the mother is working and how much she is earning,” Fagan added. An ongoing study of how Americans use their time shows that the more mothers earn, the more fathers do at home. “Father’s involvement goes down if she’s not working full-time and if her earnings are much less than his,” he said.

Fagan added that there is also a downside to a world where dads and moms not only both work full-time, but share all the chores, too.

“Now everybody’s exhausted,” he said. “The issues of work-family balance did not go away.”