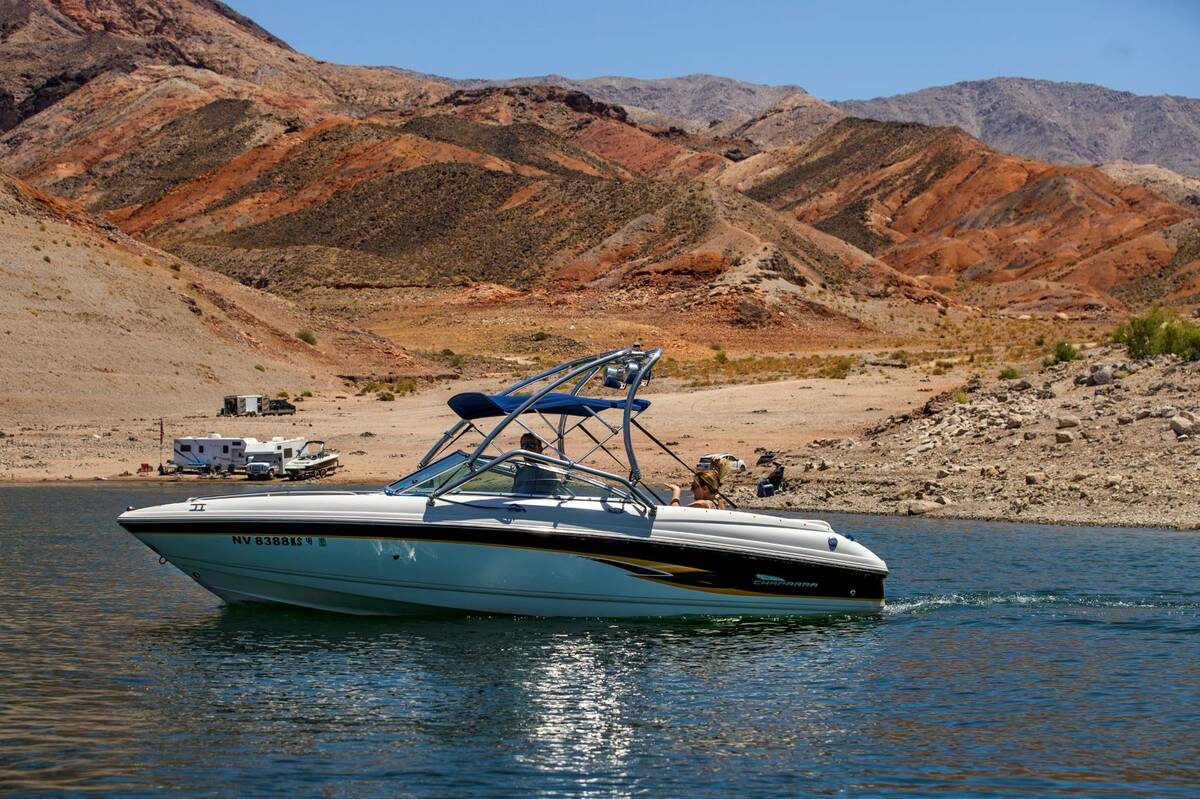 (L.E. Baskow/Las Vegas Review-Journal) A boat cruises past the Kingman Wash area within the Lake Mead National Recreation Area in May 2021. A teen, who died from a rare brain-eating amoeba, likely was exposed to the organism while in the area the weekend of Sept. 30, according to the National Park Service.

The male may have been exposed to the organism the weekend of Sept. 30 in the Kingman Wash area of Lake Mead National Recreation Area, park officials said in a statement. The teen, whose name and age were not made public, began to develop symptoms about a week later.

“Naegleria fowleri is commonly found in bodies of warm freshwater, such as lakes and rivers, and geothermal water, such as hot springs,” the health district said. “The amoeba infects people by entering the body through the nose and traveling to the brain. It cannot infect people if swallowed and is not spread from person to person. The infection is extremely rare, and almost always fatal.”

The death rate from such an infection is more than 97 percent, the U.S. Centers for Disease Control and Prevention reports. Only four people have survived out of 154 known infected individuals in the United States from 1962 to 2021.

“My condolences go out to the family of this young man,” said Dr. Fermin Leguen, district health officer for SNHD. “While I want to reassure the public that this type of infection is an extremely rare occurrence, I know this brings no comfort to his family and friends at this time.”

The CDC notified the district that Naegleria fowleri was confirmed as the cause of the patient’s illness. Infection with the amoeba causes primary amebic meningoencephalitis, a brain infection that initially includes headache, fever, nausea or vomiting and progresses to stiff neck, seizures and coma that can lead to death.

Symptoms usually begin about five days after infection but can start within one to 12 days. Once symptoms start, the disease progresses rapidly and usually causes death within about five days.

The amoeba is naturally occurring, and there is no routine test for Naegleria fowleri.

“The National Park Service, working with the NPS Office of Public Health, has made the decision to continue to allow recreational swimming at Lake Mead National Recreation as the organism exists naturally and commonly in the environment but disease is extremely rare,” Dr. Maria Said, U.S. Public Health Service officer, said in the statement. “However, recreational water users should always assume there is a risk anytime they enter warm freshwater.”