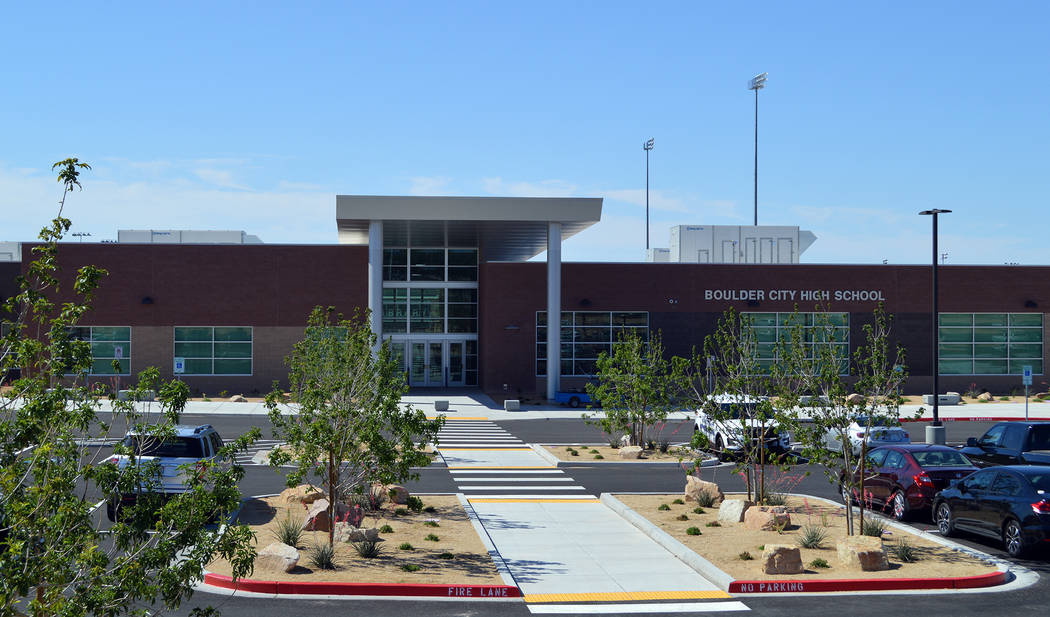 Despite having to cut almost $50,000 from its budget, Boulder City High School will not have to cut any teacher positions.

Last week, Superintendent Pat Skorkowsky announced the Clark County School District was facing a new $68 million deficit and asked school principals to reopen their budgets for the 2018-2019 school year and cut $47 million. The district’s central offices will have to decrease their budgets by the remaining $21 million.

According to Boulder City High School Principal Amy Wagner, the district is requiring the school to cut $46,635.47 because of that deficit.

Wagner said the total amount was originally more than $100,000, but the school received a credit because its rural status would not allow this year’s budget to be less than the previous year.

“I don’t like the situation, cutting $46,000, but having talked to a lot of my colleagues that are cutting $600,000, and they’re surplusing (laying off) seven teachers or seven staff members, it’s a lot. …If I look at them, and I look at me, I can’t cry too much” she said. “How many people are going to be surplused in a few weeks is going to be a lot, and we’ve kind of escaped that this trip.”

According to Wagner, there are two places to pull money from in the high school’s budget – personnel and supplies and services.

There will be one teacher retiring this school year, and two leaving, but Wagner said that she can’t surplus those positions because she needs them filled for the next school year.

To make the necessary cuts, the School Organization Team unanimously approved putting $40,000, originally set aside to purchase teacher preparation periods, back into supplies and services and then cutting that fund by the entire amount of $46,635.47.

“This is not ideal because taking those preps away means we’re going to have some big classes. … (but) teachers aren’t leaving the building,” SOT Chairman William Strachan said. “Everybody’s still going to have their jobs.”

At the start of the meeting, Strachan had said that he wanted to keep the budget cuts as far away from the students as possible.

Cutting this money will not affect having the ceramics class next school year as Wagner said that it will still be offered.

Cutting the money for purchasing the teacher prep periods also gives the school flexibility should it have a higher enrollment than expected for the 2018-2019 school year.

The school, however, is currently projected to have a lower enrollment of 613 students. This school year, it had 630 on count day. There are also only 560 students currently enrolled for next school year.

In addition to having to cut almost $50,000 from the budget, Wagner said that the district may also take away the money that would carry over to next school year, which she uses to run the building.

To prepare for that possibility Wagner said that she is also determining what she can purchase now, like paper products, for next year.

“I don’t like taking those preps away,” she said. “I really don’t. …And if the district doesn’t take my carryover, and in August, I need those people … I can make those adjustments. I did it this last year right before school started.”