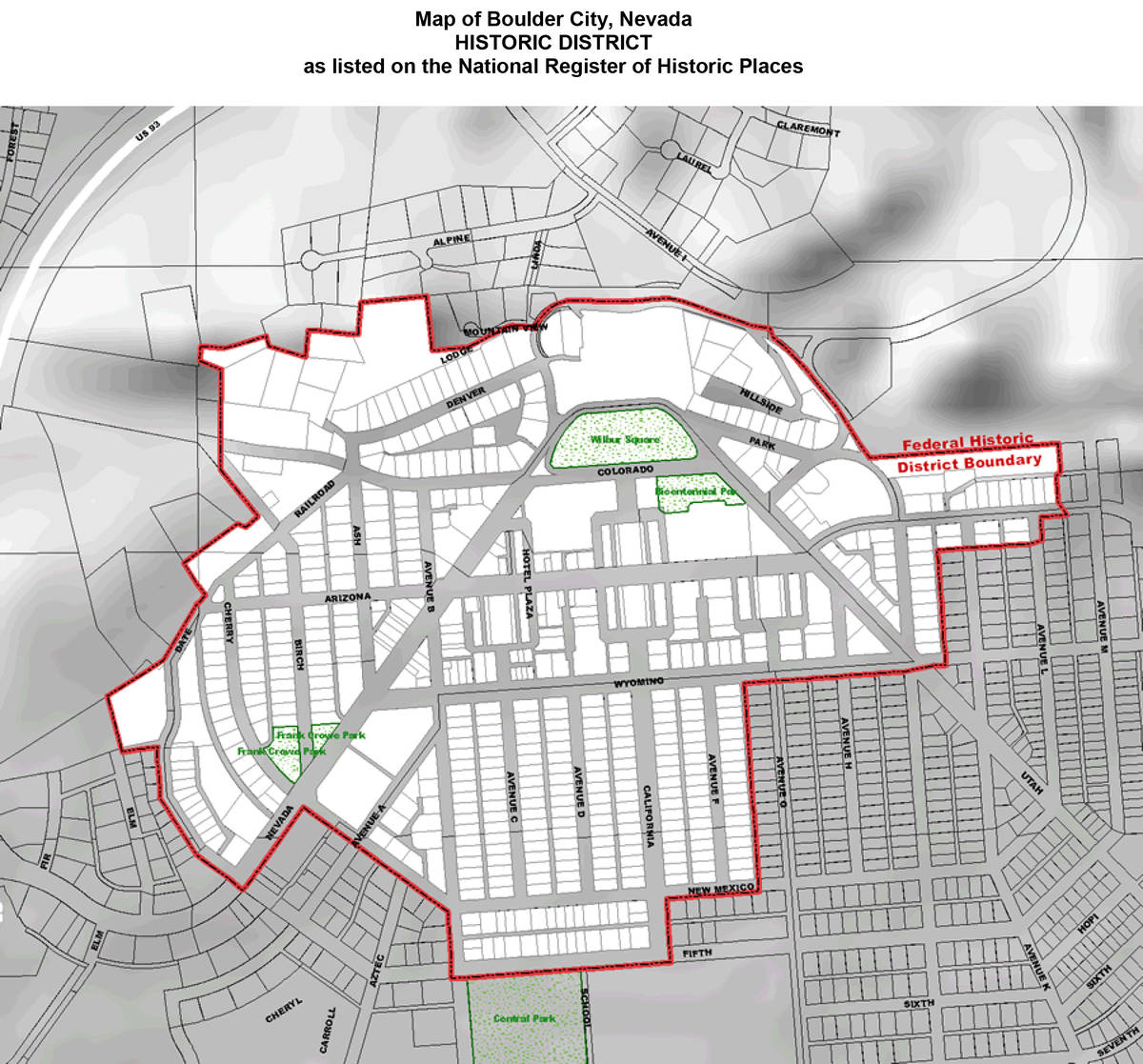 Boulder City will not lose its spot on the National Register of Historic Places even though it no longer has enough contributing properties in the historic area.

North Wind Resource Consulting, which was hired in January to update the 1983 survey of the historic district, recently presented a draft of its report to the city’s Historic Preservation Committee.

Courtney Mooney, who presented the report, said there are 225 contributing properties in the historic district. There are also 64 individual properties that are eligible to be contributing ones.

“These findings will not, in and of themselves, initiate changes in the National Register list status … . However, should the city or another entity wish to pursue an amendment to the current nomination, the district with its current boundaries would no longer meet the criteria because it requires a majority of contributing properties,” she said at the Aug. 26 committee meeting.

This new survey of the historic district identified 518 buildings. Of those buildings, 447 are residential, 50 are commercial, 12 are institutional and nine are maintenance and operational structures. The original 1983 survey included all but 16 of those buildings and two properties were surveyed in 1991 by the Bureau of Reclamation.

The update was done to help the city as it moves forward with its preservation initiatives.

When North Winds was hired in January, Mays said it was important to understand the current condition of the historic resources within the district. The new survey was conducted at no cost to residents as the city was awarded a $33,091.22 grant from the state Historic Preservation Office to pay for it.

In the update, North Winds is also recommending the city develop regulatory design guidelines for any property within the historic district; explore designating individual resources and districts on the city’s historic registry; develop an education and outreach program; develop an incentive program for appropriate historic rehabilitation in the district; update the 1991 survey of the city’s water supply system; and conduct a survey and prepare a plan to preserve historic landscape features.

The draft report is due to the state’s historic preservation office by Sept. 24, and the final version by Oct. 26.