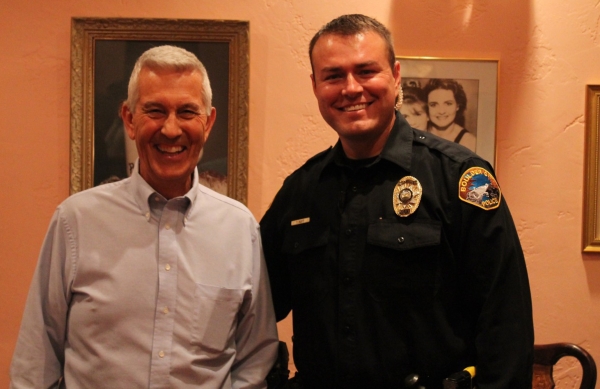 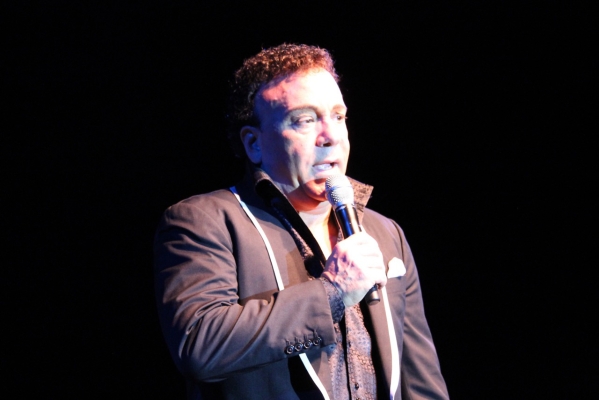 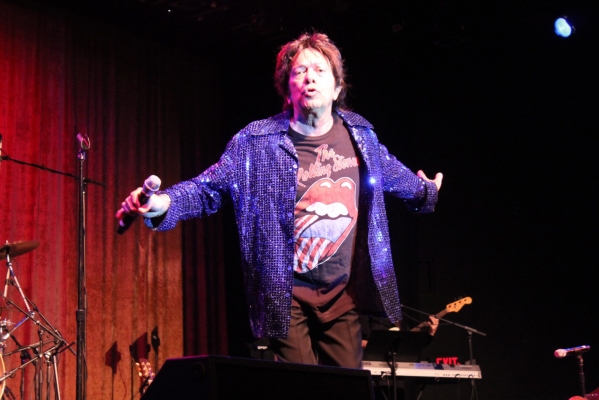 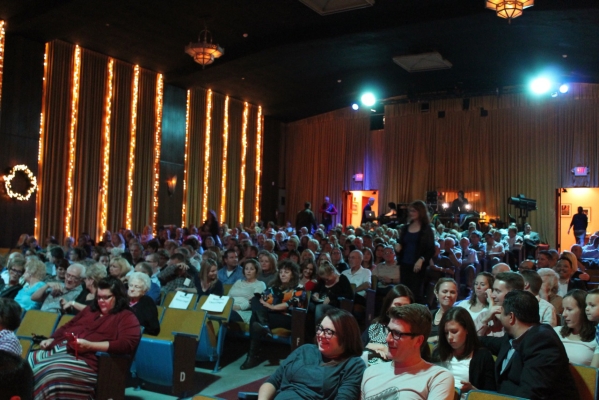 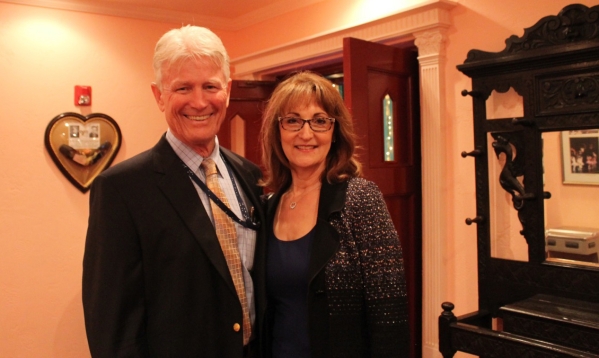 It was a night filled with love, joy and thankfulness, completely contrary from what’s been reported regarding law enforcement officers over the past couple of years.

With The Scintas in house, the Friends of Boulder City Police Department hosted its first police benefit at the Historic Boulder Theatre on Friday.

“This town is what America was built to be,” Frankie Scinta said. “We want to honor you all that serve it.”

The benefit was originally supposed to be a ball or gala, according to board member Vivian Harrison.

“We wanted to do something different, some form of entertainment,” she said.

After discussing with Scinta the possibility of playing a few songs and doing a small version of entertainment, it was Scinta who brought up the idea of a concert, Harrison said.

Boulder City Police Chief Bill Conger took the stage before the performance started, thanking all in attendance and the board members for holding such a benefit.

“This night was important for all of us,” Conger said. “We can’t be everywhere at once. If you don’t have the support of the community, you’re in pretty tough shape. This type of thing helps the community get to meet the police officers in soft clothes other than just getting stopped.”

Conger also presented the first “Knight in Blue” award to 13-year Boulder City officer Scott Pastore for his work not only with the force but within the community.

“I don’t do things for the community because of awards,” Pastore said. “I just love interacting with the community. I knew when I grew up and became a police officer I would get involved.”

With the run of police violence over the past few years, members of the force and committee thought now was a good time to show support for the officers, the vast majority who are good.

“We have great officers here,” Harrison said. “We wanted to make sure they knew how much we care.”

“When one officer does something wrong, it’ll be on TV for three months every day all day,” Scinta said. “What about the 99.9 percent that do it by the book? Who leave their families in the morning not knowing if they’ll get home at night? That’s why it was important to do this.”

Raffle tickets were sold up until the end of the show, with half of the estimated $1,300 dollars collected going to the police department.

The Scintas dazzled from the start, bringing the crowd in the sold-out 386-seat Historic Boulder Theatre to its feet.

With sister Chrissi Scinta not with the group because of vocal cord issues, Janien Valentine sang numerous ballads for the eight-man music-comedy group.

The show lasted appoximately 75 minutes, during which Scinta sounded off on his thoughts on America, Boulder City, military personnel and first responders.

Scinta, who’s had a brother in the police force for 31 years and served 10 years with the force himself, was a big proponent of the benefit.

“This meant so much to me because when I heard that they want to honor the men and women in blue, I said, ‘I’m there,’ ” Scinta said. “When you tour, you make a lot of money. When you come to Boulder City, you do it from your heart and you do it for the cause. That’s what we did tonight. Everyone treated us so well.”

The night didn’t end at the theater as guests who bought special VIP tickets were able to socialize with the band at Scratch House, where food and drinks were served.

In the end, Conger, as well as the many men and women in blue in attendance, were overwhelmed by the support of the community, no matter what has gone on throughout the country.

“My faith has never been tested in Boulder City,” Conger said. “I feel for some of the officers in other parts of the country that don’t have the same community support that we do.”