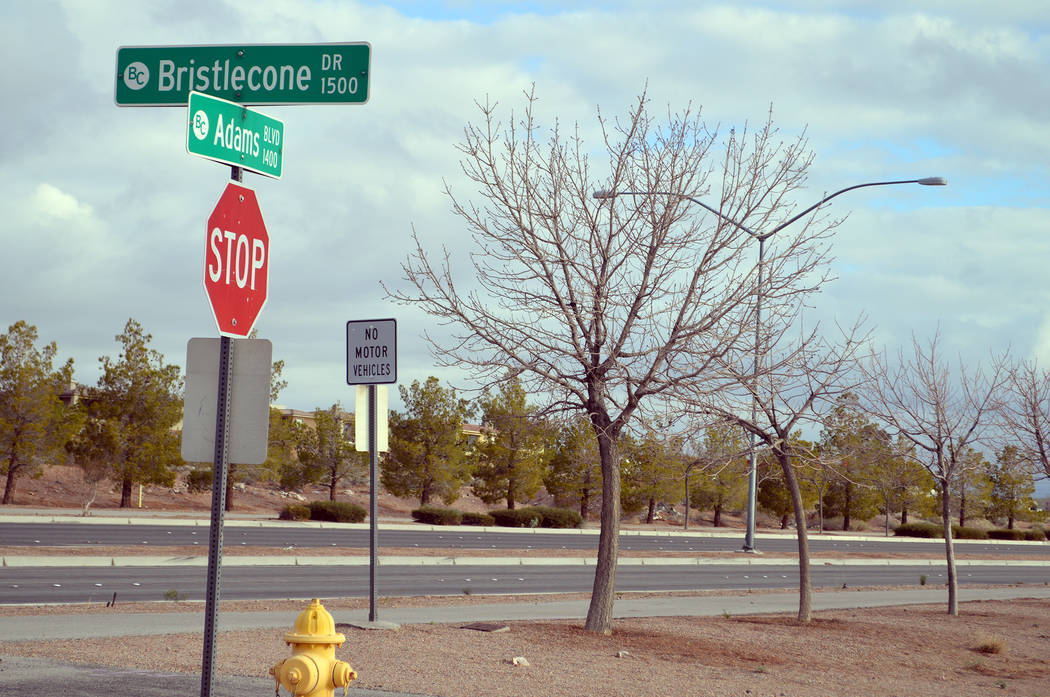 Boulder City is one step closer to having more than a hundred new homes as the City Council approved 4-1 a Las Vegas developer’s tentative map for a subdivision near the golf course.

In their recommendation commissioners listed several areas of concern they had for the project, including the property’s drainage and traffic for the proposed intersections.

Michael Gray, vice president of land acquisition and forward planning for StoryBook, said that to accommodate drainage from the property, they were planning to install 8-inch rip-rap, a rock or material used to contain water, at the end of Bristlecone Drive.

Gray added there would be no water seepage from their property to adjacent parcels.

“Our lots will be built up along the perimeter so our lots can’t be affected by the flow inside the streets,” he said. “So the street is going to contain the flow, and flow it out to Bristlecone via the streets and that drainage channel.”

Councilman Rich Shuman said that will be when the project is finished but questioned if there be any seepage while the development is being built.

Gray assured him there would be no seepage during the project.

Councilman Kiernan McManus, the lone vote against approving the map, said that he was concerned about the need for and cost of a storm drain when the subdivision was completed, specifically who would be burdened with paying for it.

Another concern he had was drivers’ safety at the intersection of Adams Boulevard and Bristlecone Drive because there would be no left turn lane going north onto Adams.

McManus said that to get to Las Vegas, drivers would need to go to Buchanan Boulevard to access Boulder City Parkway, or they could make a U-turn at Walnut Street. He also said he thought most drivers would choose a U-turn, creating unsafe conditions in an area of increased traffic.

StoryBook Homes conducted a traffic study for the intersection, which concluded the existing design will provide safe and efficient movement of vehicles.

Boulder City had its consultant, Traffic Works, evaluate the engineer’s study, agreeing the subdivision would not create “adverse impacts” to traffic. It also found that Adams Boulevard was designed to handle between 28,000 to 37,000 cars each day, and is only projected to have 7,400 travel it daily by 2019.

“In the very beginning of our planning … the city had made a request to that we do not have a left (lane) out,” Gray said. “Part of the reason is because site visibility on Adams is a long arc. You don’t get the site visibility down far enough.”

Additionally, Gray said that to add a left turn lane all of the vegetation currently in the median would have to be removed and whatever was put in could not be higher than 20 inches or it would limit visibility. The lane would also add another point of conflict that is not warranted by the traffic study.

During the public comment portion resident Jody Jeppsen urged the council to add the left lane and make the intersection safer now even though the study stated the lane was not needed.

Shuman agreed with not having a left lane and moved to approve the tentative map with the conditions that StoryBook implements the rip-rap at the end of the Bristlecone Drive as well as allowing landscaping on Bristlecone even though it will technically still be city land until the three-phase purchase is completed and extending the exterior wall of the subdivision to the end of the property.