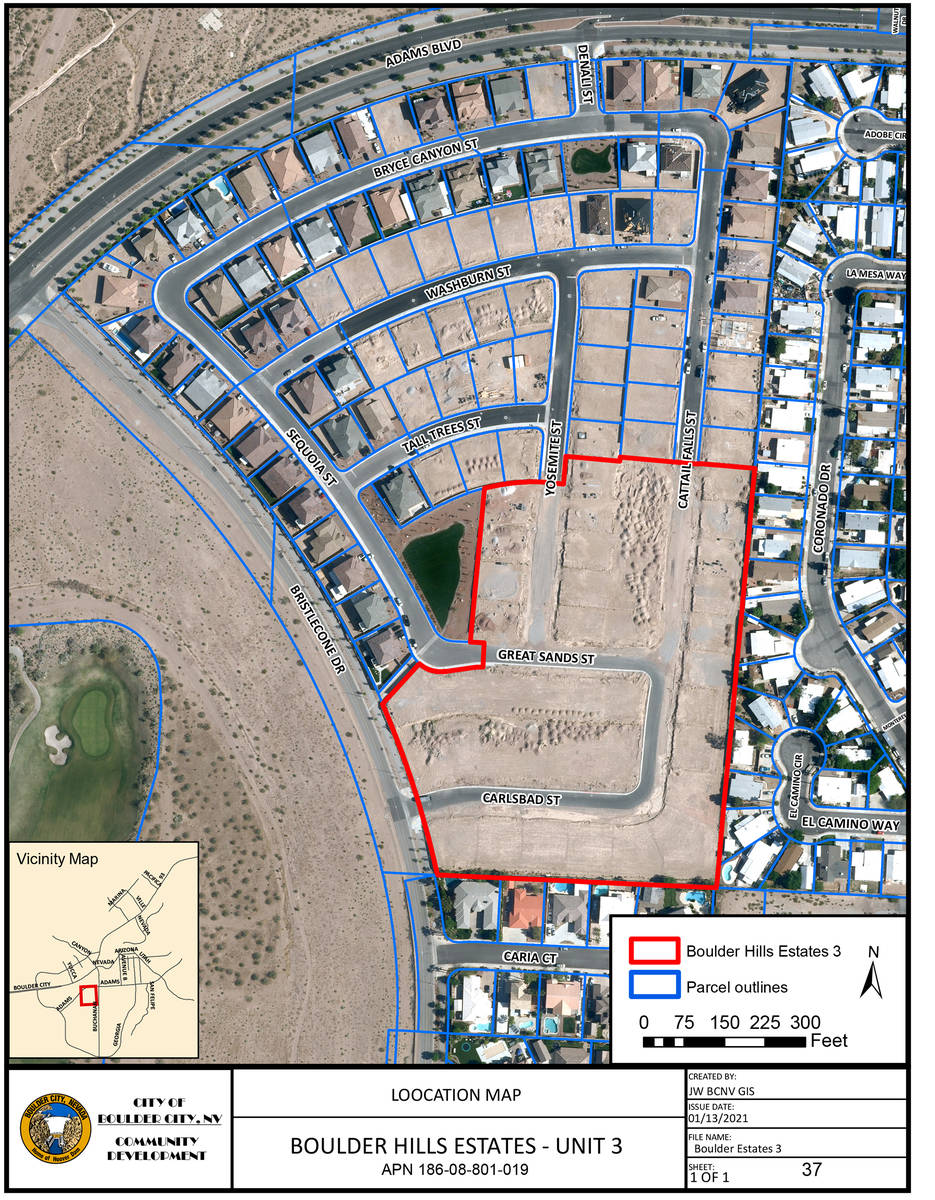 At its Tuesday, Feb. 9, meeting, council approved the map of phase three of the 127-home subdivision being built by StoryBook Homes near the intersection of Adams Boulevard and Bristlecone Drive.

According to Acting City Manager Michael Mays, there are 40 lots in this phase.

“This final map will probably have the biggest impact on the neighbors to the east and south,” said Councilwoman Tracy Folda. “Can you address how staff and StoryBook will be working to minimize … the construction impact on those residents?”

Mays said before the project StoryBook met with the neighbors to hear their concerns and address them, and the map includes retaining and block walls to provide separation from the adjacent property owners.

“Are there any landscape requirements for the public areas?” asked Councilwoman Claudia Bridges.

Mays said the zoning does not require any minimum landscaping requirements, but staff could look at amendments to allow for it in future development and could bring them to council at a later time.

Mayor Kiernan McManus praised StoryBook for its work but said he had a long-standing concern about how the stormwater runoff of the new development had been handled.

“I think the city is at significant risk and apparently our hands are tied on this, but there are no provisions for stormwater runoff from this subdivision,” he said. “There is, I believe, one storm channel that’s about halfway up the eastern side of the development that collects from that upper half and simply puts the water out onto Bristlecone. With this … there will now be a street that I suspect will be a collector for stormwater that will also put water out onto Bristlecone.”

The tentative map that was approved for this development did not include any plans to address its water runoff and the effect on the surrounding areas.

“I appreciate what StoryBook has done with this development, but this is not the way we should be doing development in Boulder City where those types of things are not looked to to understand the impacts they’re going to have on the community because eventually somebody’s going to have to take care of that water,” said McManus. “The way this was designed, it’s not going to be the people doing the development. … Again these agreements were signed some time ago and nothing was put in there, so we are where we are today.”

Also at Tuesday’s meeting, council approved a resolution requiring the city to record audio and video of all public meetings in accordance with NRS 241.

Councilman James Howard Adams, who requested the item, said these services are currently being provided to the public by administrative actions.

“This resolution would not change or alter the current video services we are providing,” he said. “It wouldn’t add any additional burden to city staff or our finances, but what it does is make very clear … by city policy that we are committed to providing video services for our public meetings, which also allows for the potential of closed captioning, which can be a great benefit for access to members of our community who may be deaf or hard of hearing.”

He also said if it is city policy, any future changes would come before council and the public could share their opinions on them.