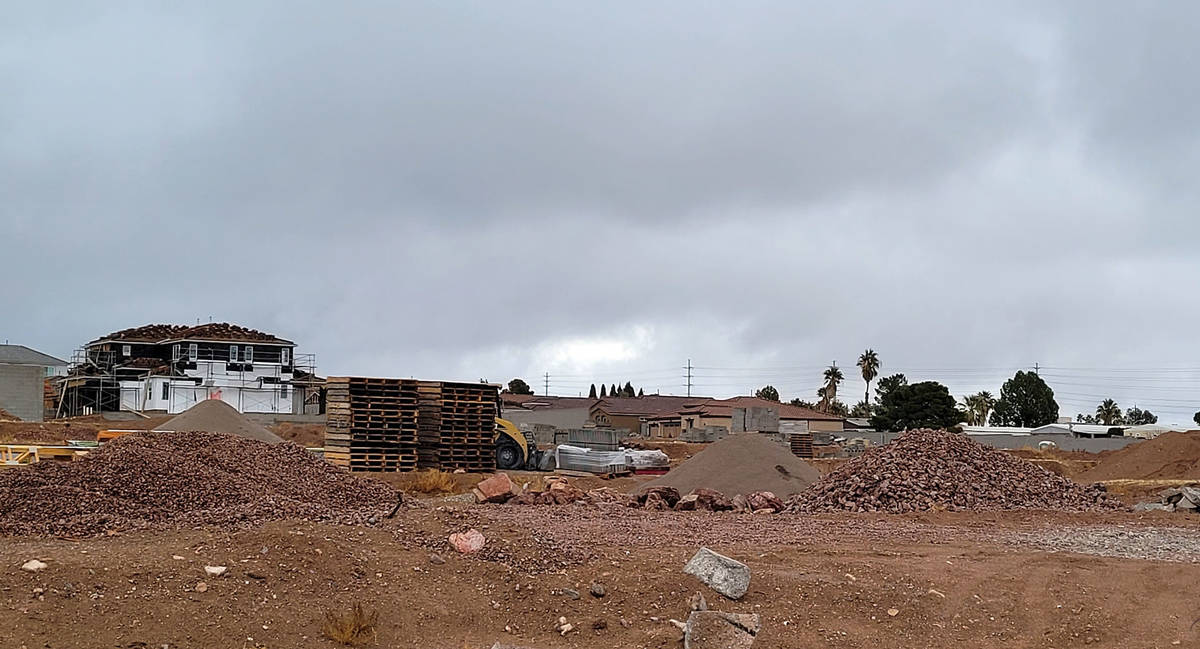 Celia Shortt Goodyear/Boulder City Review StoryBook Homes is a step closer to starting phase three of its Boulder Hills Estates neighborhood near the intersection of Bristlecone Drive and Adams Boulevard.

At its Jan. 20 meeting, the planning commission voted to recommend City Council approve the final map of phase three of the 127-home subdivision being built by StoryBook Homes near the intersection of Adams Boulevard and Bristlecone Drive.

According to City Planner Susan Danielewicz, StoryBook Homes is meeting all the required criteria and operating within the provided variances. She also said the final map for phase three has not changed substantially.

The only change is nine of the lots have slightly higher grades than what was previously proposed. One of them increased by about a foot and the others were less than 6 inches.

StoryBook Homes President Janet Love said those changes came through the development process when they realized they had to adjust the grading to meet construction standards.

“It sounds like the applicant is meeting all the criteria that the city … and community have required of the contractor,” said Paul Matuska, commission chairman.

“They’ve been a good partner to work with on this project,” said Danielewicz.

“This is going to allow us to finish out our development here,” said Isaac Summers, StoryBook’s director of land acquisitions and forward planning, at the meeting.

Summers also said they were looking forward to continuing to work with Boulder City while they finished the project.

“We’re excited,” Love said. “Going from the (Las Vegas) Valley to Boulder City things are different. Being a Las Vegas builder had a few bumps to get over. … We’ve had good success with building a beautiful community out there.”

The final map of phase three will come before City Council for consideration at a future meeting.

The sale of the 9.49 acres for phase three is also moving forward; its purchase price is $2.84 million. Originally phase three was 8.56 acres, priced at $2.56 million.

“The acreage changed on each phased takedown due to moving phase lines to match individual or common … lot lines,” Love said.

She said there are eight lots remaining in the first two phases.