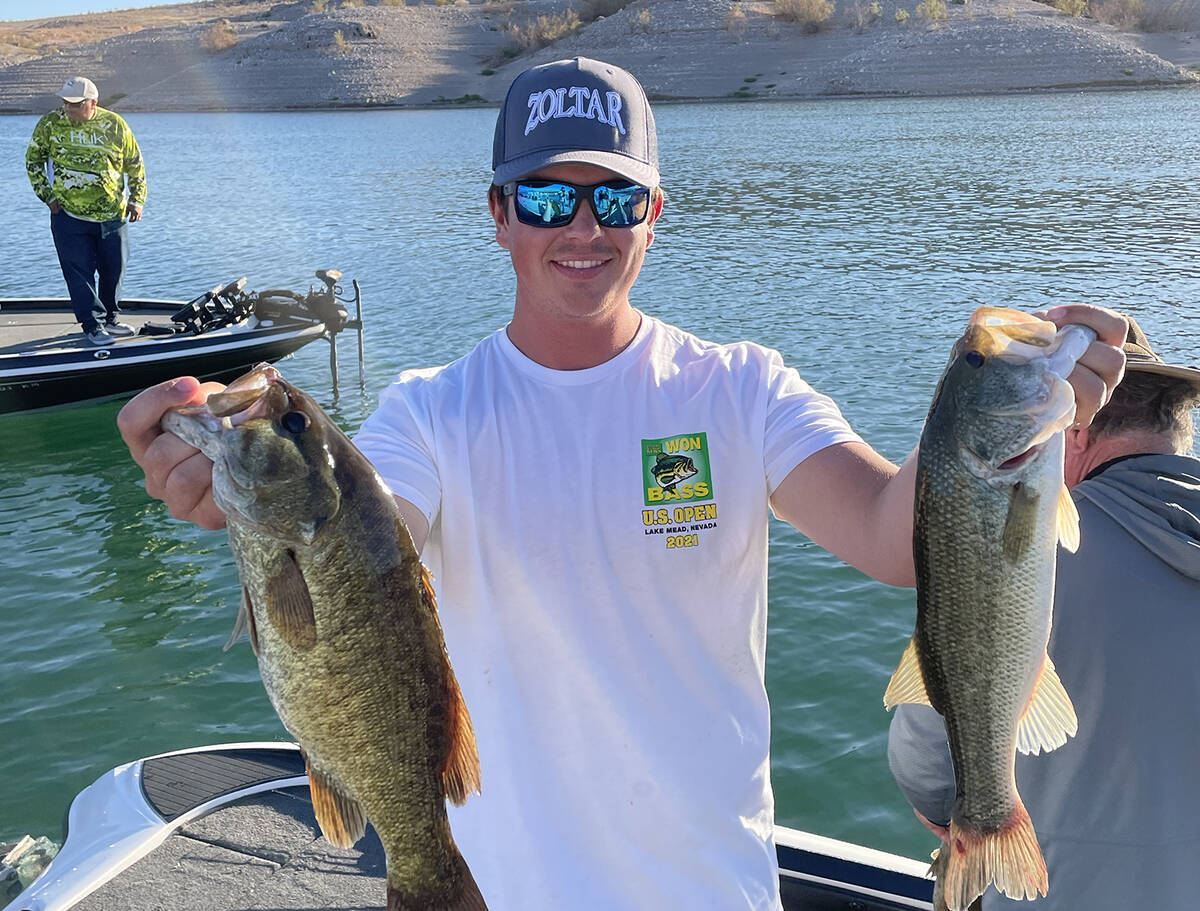 He said 201 boats launched out of Callville Bay for the tournament.

For this tournament, he was paired with an AAA co-angler, who was fishing his own tournament out of the back of Stanton’s boat.

He said the random assignments help keep the fishermen honest.

Before turning pro, Stanton competed in high school and college tournaments. He has been fishing since he was 14 years old.

Stanton, 24, said there are tournaments nearly every weekend and he competes in between 20 and 25 a year.

“I’m definitely one of the younger pros out there,” he said.

He said he is eyeing the Major League Fishing Toyota series next year and hopes to qualify for a national tournament.

“There is no right way to catch a fish; you can learn from everyone.”

He said because the conditions are constantly changing no two days are ever the same.

“The unknown keeps me coming back,” he said.

But, he admits, it’s also the competition. Stanton said he is “really competitive” and he enjoys the opportunity to “win money and beat other guys.”

Since graduating from Northern Arizona University in 2019, Stanton has been fishing professionally and working at his family’s business, Characters Unlimited, which specializes in animatronic people and animals as well as fortune telling machines including the well-known Zoltar.