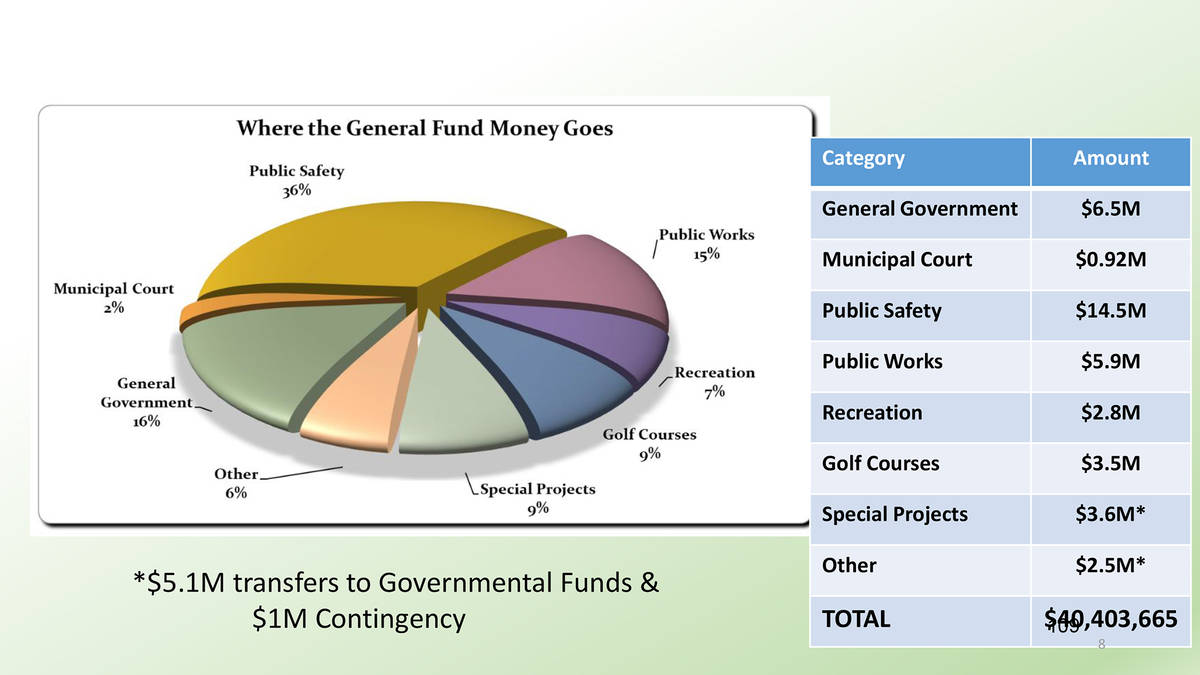 Boulder City City revenues are expected to improve for fiscal year 2022, and staff is recommending 10 open jobs be reinstated.

These open city positions were part of a hiring freeze in 2020 due to decreased revenues caused by the pandemic.

“The city revenues for fiscal year 2022 are expected to be nearly back to normal,” said Finance Director Diane Pelletier. “These positions were frozen to assure the city made it through the worst of the pandemic.”

Pelletier and her staff are including them in the city’s budget for fiscal year 2022.

A special meeting for City Council to give input on the budget was scheduled for Feb. 10, but it was not completed by the Boulder City Review’s deadline.

The tentative budget is expected to be approved by council and sent to the department of taxation by April 15. A final one must be approved by May 31.

In January, Pelletier presented the city’s five-year financial plan to council and said revenues will be better than what they expected at the start of the pandemic.

“We budgeted 40 percent less revenues due to COVID; in reality, revenues are only 9 percent less. … Overall, we are in much better shape than what we thought we might be in,” said Pelletier.

According to the plan, general fund revenues for fiscal year 2022 are expected to be about $11 million, which is almost $3 million more than the previous year.

The More Cops and crime prevention funds will be 12 percent lower rather than the expected 40 percent, property tax revenue is expected to be 7 percent higher than what the city received in 2020 and all operating and emergency reserves are fully funded. The consolidated tax and infrastructure tax are expected to be much less than in previous years.

The city’s energy lease portfolio also is not expected to take a financial hit.