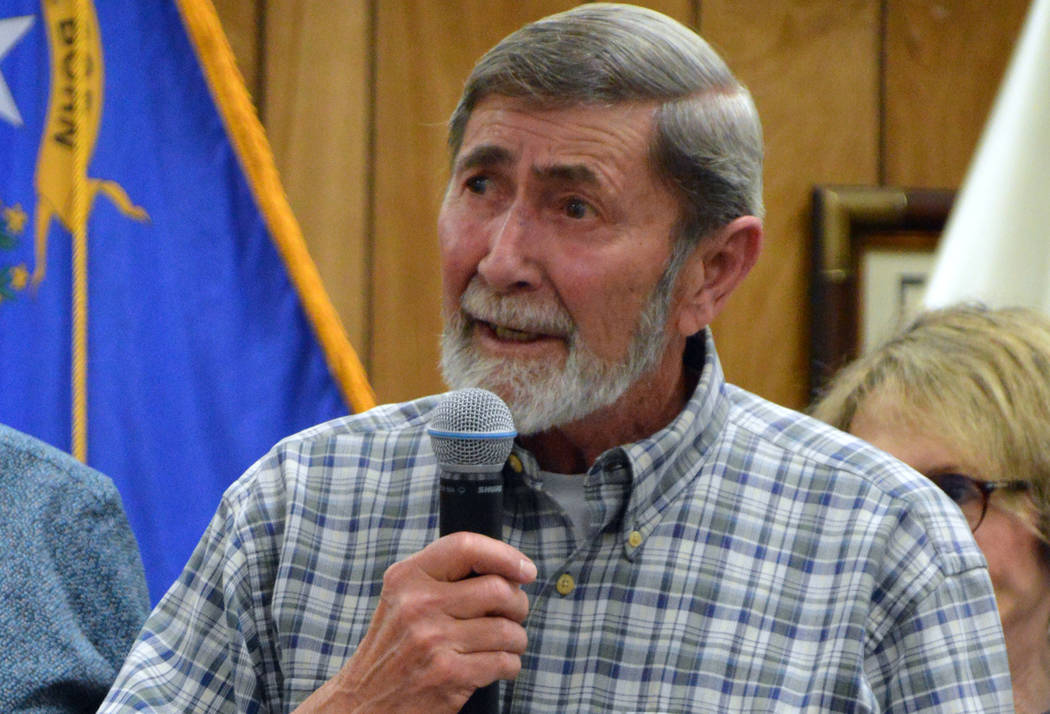 Celia Shortt Goodyear/Boulder City Review Fred Bachhuber encourages people to volunteer in the community after he and his wife, Phyllis, were named the recipients of the 20th annual Bill Andrews Award at Tuesday's, Jan. 14, City Council meeting at City Hall. 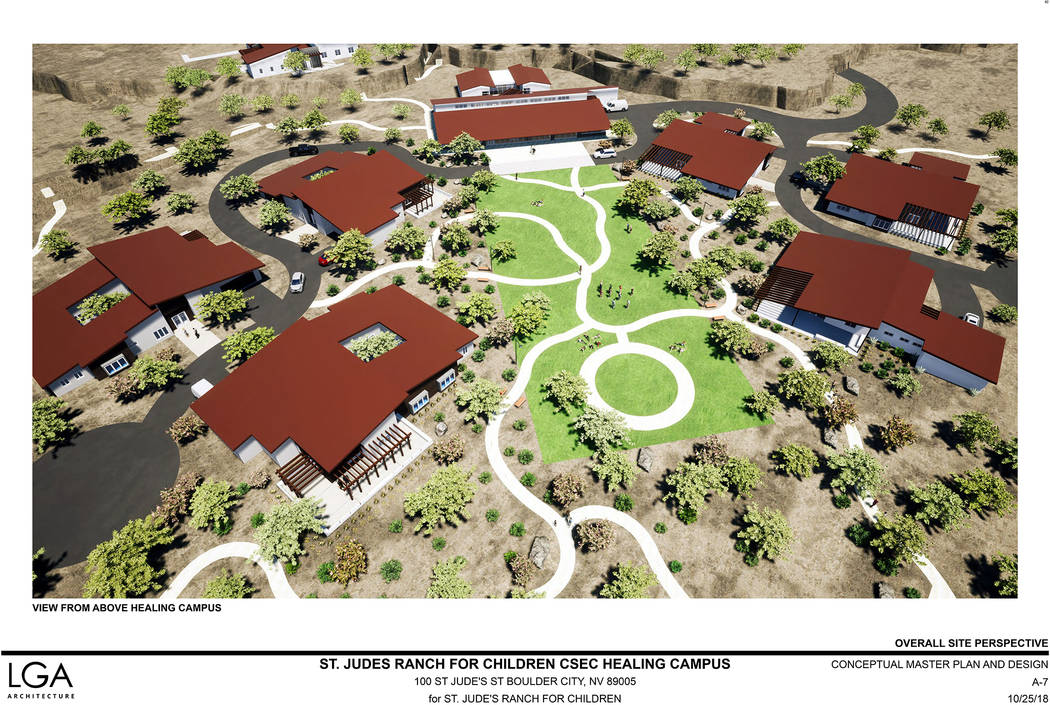 (Boulder City) St. Jude's Ranch for Children in Boulder City is planning to develop 10 acres of its property into a healing center for victims of sex trafficking.

St. Jude’s Ranch for Children can proceed with its new healing center for victims of sex trafficking as City Council unanimously approved a master plan amendment that will allow for its construction during it’s meeting Tuesday, Jan. 14.

St. Jude’s CEO Christina Vela said there currently is no live-in center for these victims and those who are able to get out of the sex-trafficking industry usually end up in the Clark County Juvenile Detention Center.

The proposed center will have a maximum of 60 residents as old as 18, six homes, an administrative and emergency shelter building and a multipurpose building that will include a school. It will be built on 10 acres of the ranch’s 38.65-acre property.

The 1997 master site plan for the property allocated the 10-acre portion for recreational uses including a gym or field house, a baseball diamond and a track.

Councilman James Howard Adams asked Vela what life is like for children who exit that type of life.

Vela said they usually become homeless and have no help because many are trafficked by other family members.

“Most young people don’t feel safe enough to leave the life,” she added.

Several residents expressed concern about how close the center will be to their subdivision on Blue Lake Drive.

“There is no reason at all for that facility to be built 150 to 200 feet within our track,” he said.

He also mentioned that when he bought his home he was told that portion of St. Jude’s property would contain sports facilities.

“If the (healing) facility is there, some day it will be a problem,” he said.

He requested that St. Jude’s put it on a different part of its property.

Blue Lake Homeowners Association President Marian Vince said she also objected because it was just on the other side of the wall, which she also said was in disrepair. She suggested fixing it and making it taller.

Vela did say homes adjacent to St. Jude’s will actually sit a little bit higher than the healing center because of the way the land is.

“The rest of the facility (the ranch) is on a ridge and this will be below it,” she said.

She also said the outer wall would be reinforced and made taller and the closest building would be at least 150 feet away from it.

“We recognize that the current wall needs to be strengthened and fixed,” she said. “It has been there for quite some time.”

There will also be another fence around the center and the homes in it would be single story.

Barbara Paulsen, a member of Nevadans for the Common Good, said she and the organization supported the expansion.

“We’re talking about our children … who have experienced traumas most of us can’t possibly imagine,” she said. “They need care. We must provide this for them.”

“You have been my neighbors for over 16 years and done great things for the children,” said Councilwoman Judy Hoskins.

Councilwoman Claudia Bridges asked whether they would be a family type structure for the children living in those homes.

Vela said each home would have a house parent who would have special training in working with sex trafficking victims and there would also be a team providing other support.

“It appears to me that you are addressing some of the concerns expressed tonight,” said Mayor Kiernan McManus.

He also encouraged Vela to work with the homeowners and see if they could work together.