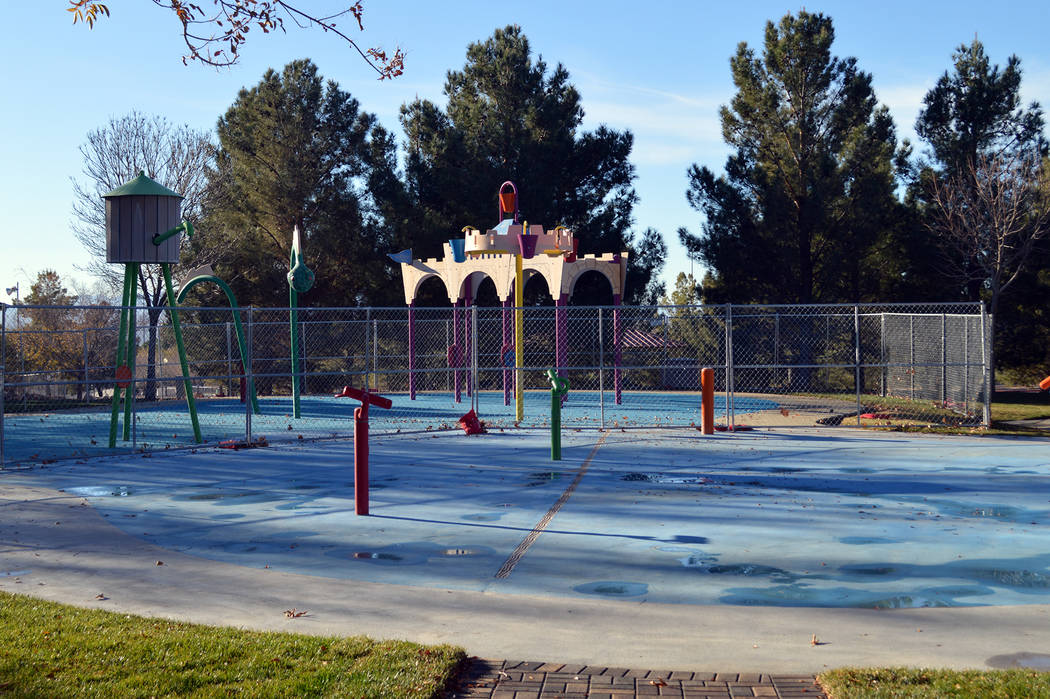 Boulder City has been improving its splash park during the winter months so that families can have a better experience once spring arrives.

Renovations at the splash park within Veterans Memorial Park include replacing the surface and improving the drainage system.

Public Works Superintendent Gary Poindexter is directing the project and researched what the cities of Phoenix and Henderson had done to improve their facilities prior to starting any work.

Acting City Manager and Public Works Director Scott Hansen said that staff reached out to those two cities to determine the optimal products so the city has a safe surface that lasts as long as possible while spending its tax dollars in a prudent manner.

“There were three steps to our plan to update the splash park,” Poindexter said. “First step of the upgrade was to remove the failing control unit from the underground vault and install an above-ground unit, which has allowed us to adjust the run times to reduce water usage, monitor flow and adjust schedules as needed. Second was to add linear drains in each of the three sections, and third step was to replace the worst section of the splash pad.”

“Public works was pleased with the results, and the remaining two-thirds is currently under construction,” Hansen said. “All work should be complete in January 2018.”

The park is routinely closed from October to May, so the renovation project does not interfere with residents’ use of the facility.

It is free and open to the public.