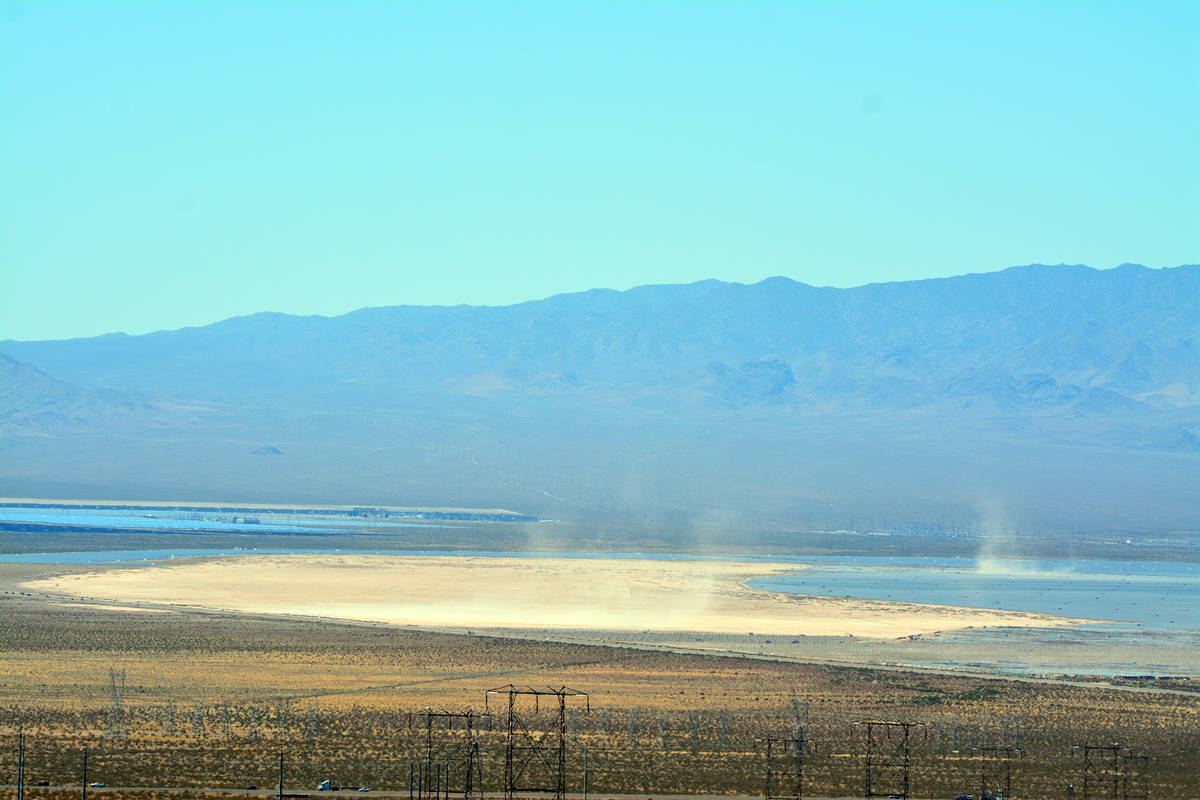 (Celia Shortt Goodyear/Boulder City Review) The dry lake bed in the Eldorado Valley will not be affected by an approximately 1,345-acre area recently rezoned to manufacturing-energy from open lands. 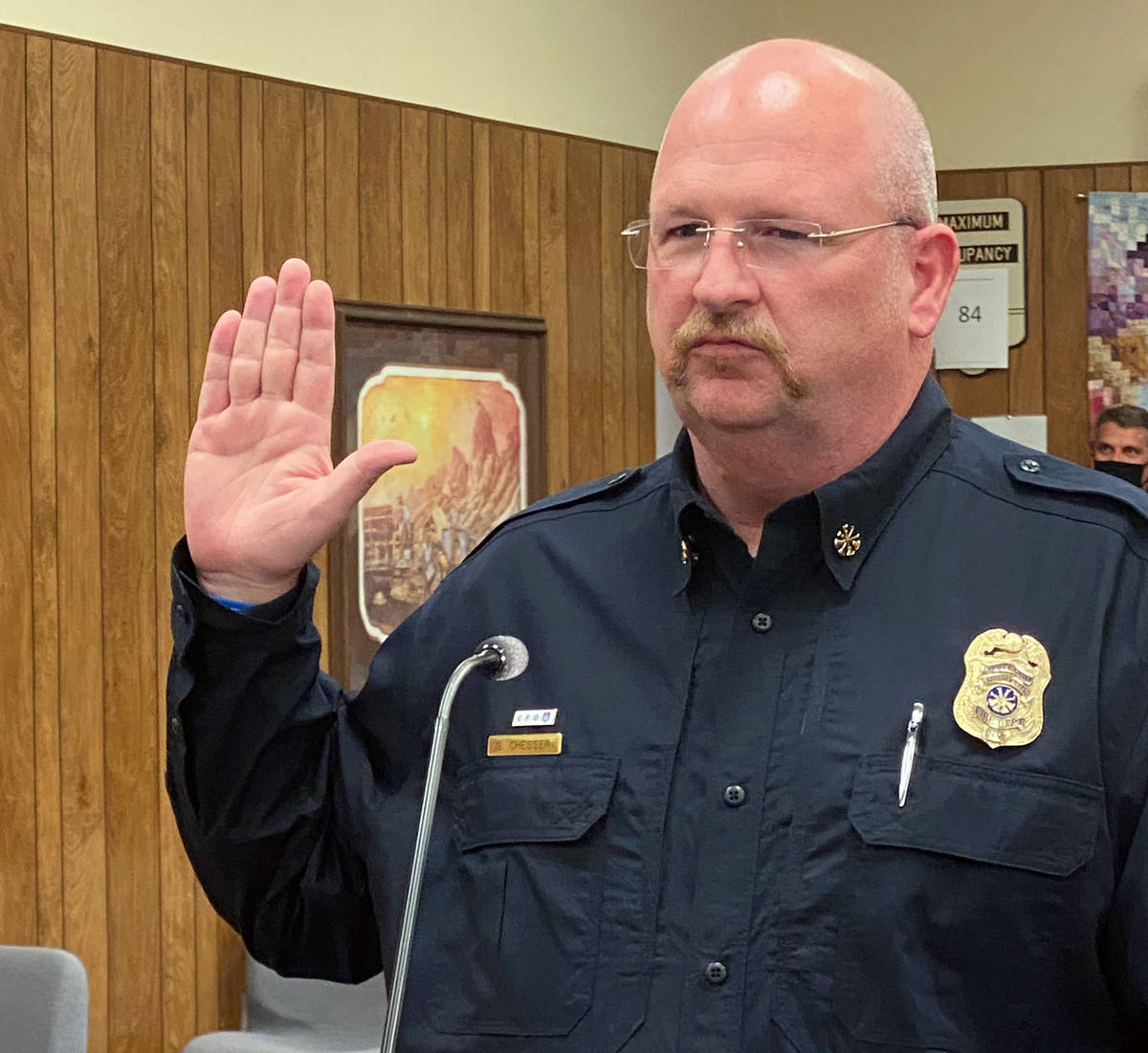 (Boulder City) Greg Chesser is sworn in as the Boulder City Deputy Fire Chief at the beginning of Tuesday's, Aug. 11, City Council meeting at City Hall.

The Eldorado Valley will be ablaze with energy after more than 1,000 acres were recently rezoned to make way for another large-scale solar development project.

At its regular meeting Tuesday, Aug. 11, night, City Council approved rezoning approximately 1,345 acres west of U.S. Highway 95 from open lands to manufacturing-energy to allow for the Boulder Flats Solar project. That portion of land is currently under a pending option/lease agreement with ibV Energy Partners LLC for utility-scale solar energy development, which will consist of photo-voltaic panels and battery storage.

“Would there be any impact on the dry lake bed?” asked Councilman James Howard Adams.

Boulder City Community Development Director Michael Mays said there would not be.

Mayor Kiernan McManus said he thought there needed to be some type of comprehensive plan for solar development in the Eldorado Valley.

“We seem to do things very piecemeal out there and it’s getting full,” he said. “Whether it’s too late to try to develop some type of comprehensive plan, I think the need is actually greater now than doing these where … we get approached by a company that says, ‘I’d like to do this or that,’ and we go through this whole process of changing and updating things rather than looking at the area and saying, ‘This is what we would like to do.’”

Only resident Judy Dechaine spoke during the public hearing about the plan to rezone the land. By telephone, she said she was OK with the project as long as it didn’t affect the dry lake bed.

Council unanimously approved the request as well as an amendment to the city’s master plan future land use map to reflect the changes.

Also during the meeting, council directed the Historic Preservation Committee to give out one preservation award in order to maintain its purpose of recognizing local preservation efforts.

Councilwoman Tracy Folda said she supported giving out two awards but hoped the requirements for it would follow preservation requirements.

Adams said he agreed with Folda and thought two awards would encourage more people to participate.

Councilwoman Claudia Bridges said she thought two would bring in more people from the community.

“I think Mr. (Alan) Goya (chairman of the Historic Preservation Committee) continually misses the point about what these awards are about. … We should not be giving plaques away just to award people in the historic district,” he said.

McManus said the awards should go to property owners who had tried to adhere to the Historic Preservation Committee’s recommendations.

“I just see this as debasing the whole purpose of the award,” he said.

The motion for one award passed 4-1, with Bridges voting against it.