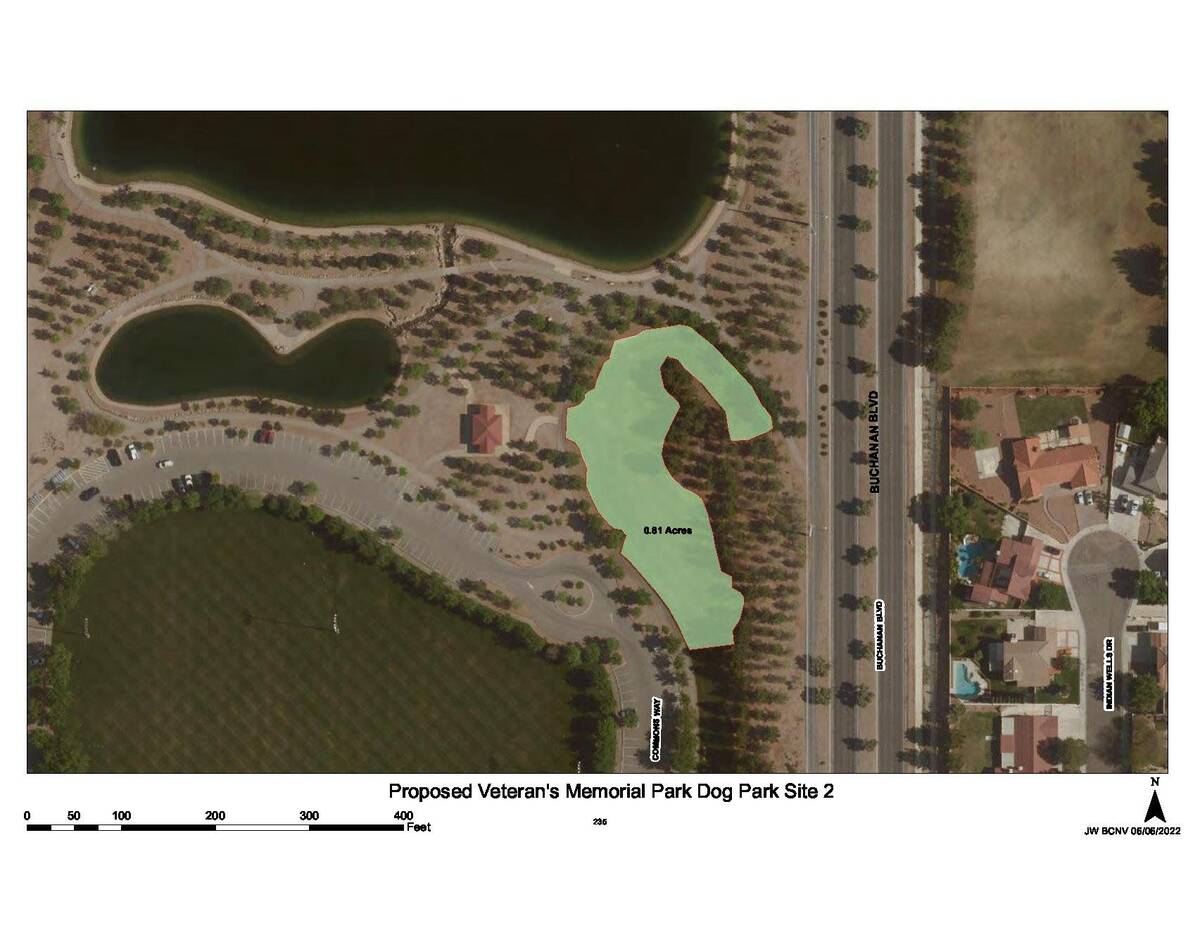 (Photo courtesy Boulder City) An approximately .81 acre site at Veterans’ Memorial Park is being considered as site of a new dog park. Residents are being asked to weigh in on the proposal.

After many residents spoke up during the public comment portion of the June 13 meeting, the City Council decided that it was not in the town’s best interest to convert an often-used softball field into a full-time dog park.

One resident’s argument against putting the dog park near other fields where children and adults play was the health of people in the area.

“I was terrified to find that you were considering even putting a dog park in that area where all of the children are playing,” said resident Theresa Beaver. “We do need dog parks, but we also need places that are safe for our children to play.”

One of Beaver’s main points regarding the safety of the children was the fact that some dog owners allow their dogs to run freely around Veterans’ Memorial Park without being on a leash.

Mayor Kiernan McManus mentioned that this originally came about because he was under the impression that field No. 3 was seldomly used. However, after hearing from many people throughout the town, including young players, and receiving more information, he acknowledged that the field is actually used more than originally thought.

During the council meeting, McManus went as far as to call the action a mistake.

“It’s also become clear to me that, uh, this is not the appropriate place for the dog park,” McManus said. “There’s a greater asset by keeping this field as it is now.”

The council mentioned that they do have another area in mind for a new dog park, one that’s far enough away from where children play, but it also gives a good alternative to Hemenway Valley Park.

Before building the new dog park, City Council will seek opinions and feedback from residents regarding the location.

One potential new system did come from this whole situation.

This will help from running into the same situation where council members thought the fields weren’t being used while players, coaches and residents are saying the fields are used often.

Adams suggested that members of the Parks and Recreation Commission look at a potential spot for the new dog park, which would be the large grass fields between the pond and baseball fields at Veterans’ Memorial Park, at their next meeting in August.