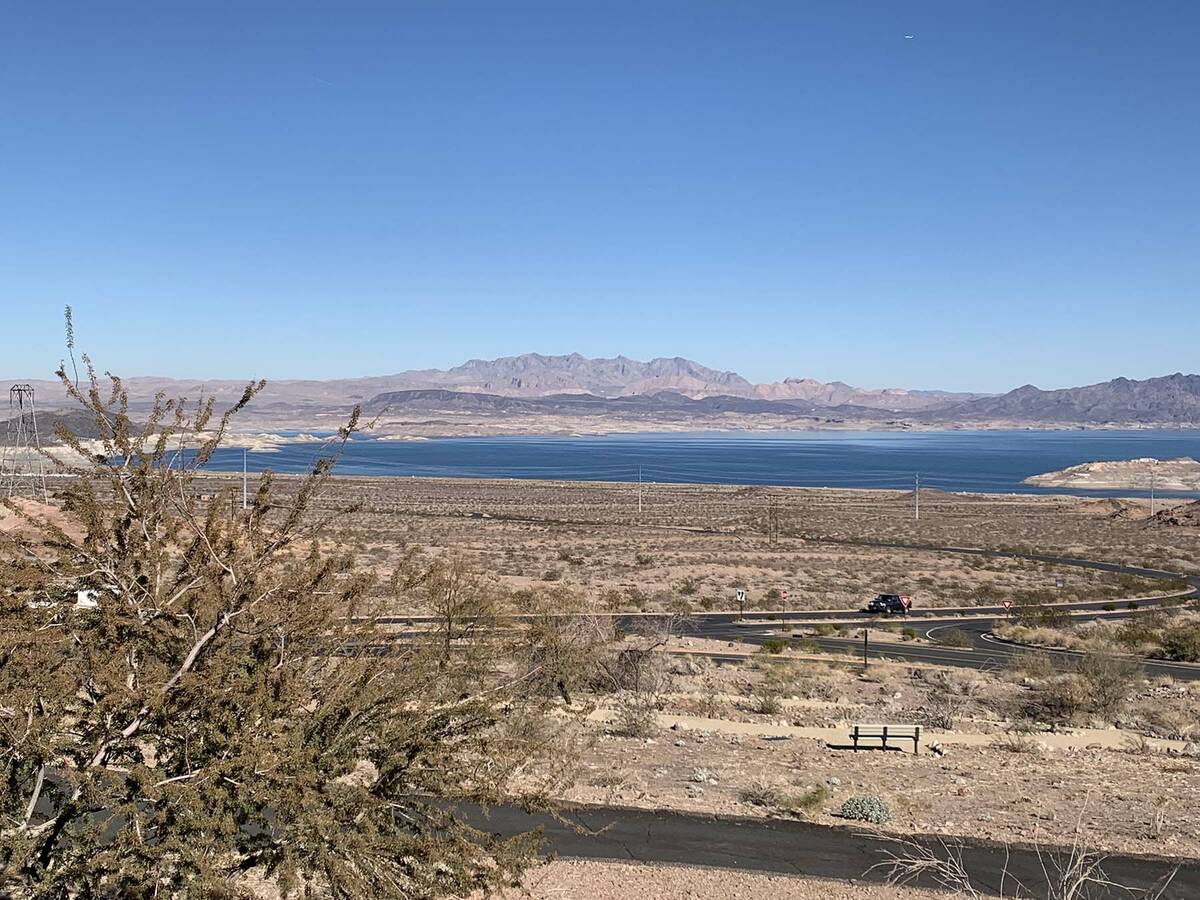 (Hali Bernstein Saylor/Boulder City Review) The Southern Nevada Water Authority has submitted a proposal to the Department of the Interior about how to cut use of Colorado River water and help protect Lake Mead, as seen Saturday, Dec. 17, 2022, and Lake Powell.

But whether the other six states have any interest in backing that plan remains to be seen.

The water authority on Tuesday, Dec 20, outlined how it thinks the Colorado River Basin states and the federal government can drastically cut back on water use along the dwindling Colorado next year in order to keep water levels at its two major reservoirs from crashing further and threatening putting their ability to deliver water downstream and generate hydropower.

The plan, submitted to the Department of Interior, calls for significant alterations to the current drought guidelines for the river’s two main storage reservoirs and cuts across the basin of more than 2 million acre-feet in water use starting next year.

“While the magnitude of water use reduction is striking, it is necessary, achievable, equitable, and effective,” the water authority wrote in their letter submitted Tuesday.

■ Accounting for the more than 1.5 million acre-feet of water lost along the river system each year to evaporation and other system losses that would effectively act as reductions in the lower basin, about half of which would come from California’s allocation.

■ Earlier triggers for mandated water delivery cuts in the lower basin states of Nevada, Arizona and California, with additional cuts if deemed necessary by the federal government.

■ Continued releases from reservoirs upstream of Lake Powell and further modifications to releases at Glen Canyon Dam when Lake Powell’s elevations are projected to near elevations that would put hydropower generation at risk.

■ Additional mandatory cuts of 500,000 acre-feet from the four states in the upper basin — Colorado, New Mexico, Utah and Wyoming.

The drought-stricken river has seen its waters shrink substantially since 2000. Current guidelines are based on a river that sees roughly 15 million acre-feet flowing through it per year, but flows during the past 20 years are closer to 12.2 million acre-feet, the authority highlighted in its letter.

Those decades of low inflows into the Colorado River combined with continued overtaxing of the system by its users have “pushed the river to a breaking point,” the authority wrote.

Recent modeling from the Bureau of Reclamation show water levels at Lake Mead could fall below the minimum elevation needed for Hoover Dam to generate hydropower by 2024, and fall to its “dead pool” elevation of 895 feet by 2025, meaning that water would no longer be able to pass through the dam downstream to California, Arizona and Mexico.

“It is well past time to prohibit the inefficient delivery, application, or use of water within all sectors and by all users; there simply is no water in the Colorado River System left to waste and each industrial, municipal, and agricultural user should be held to the highest industry standards in handling, using, and disposing of water,” the authority wrote.

States thus far have proposed only smaller plans for reducing consumption along the river. California recently said it will conserve up to 400,000 acre-feet of water, or about 9 percent of its annual allocation, starting next year. And the Upper Colorado River Commission last week kicked off a $125 million plan to pay farmers and other water users to conserve water, although the states did not say how much water that program is expected to conserve.

“It’s unprecedented to not only hear an agency take a realistic look, but to also look at the upper basin to say that there needs to be more done among Colorado, Utah, Wyoming and New Mexico,” he said.

In October, the Bureau of Reclamation started the process of revising the drought guidelines and has tasked the basin states with coming up with proposals to cut water use along the river by 2 to 4 million acre-feet annually, starting next year.

Officials with the Department of Interior have said that states have until the end of January to work out a consensus agreement that could then be reviewed by the federal agencies to determine if it’s a viable solution to buoying the cratering river system that 40 million people rely upon for drinking water.

But if there is no consensus reached, the federal government says it is prepared to move forward with a separate plan where officials could impose mandates on the states in order to keep water levels at Mead and Powell from reaching points that would threaten water delivery and hydropower capabilities at Hoover and Glen Canyon dams.

The water authority still hopes to work with the other basin states and water users to refine the proposals, said Colby Pellegrino, the authority’s deputy general manager for resources.

“We still think the best path forward for this basin is for states and water users to get together and roll up our sleeves and over the next month really figure out what exactly this looks like,” Pellegrino said. “I feel more optimistic than I have in awhile. The states always perform better when there’s a clear deadline and a clear direction.”

The water authority has been successful in implementing various water saving measures since the drought started more than two decades ago, reducing the region’s water consumed by nearly 100,000 acre-feet annually while it added roughly 750,000 new residents.

Pellegrino said the authority has run into roadblocks getting other states to see the need to cut back on water use in recent years.