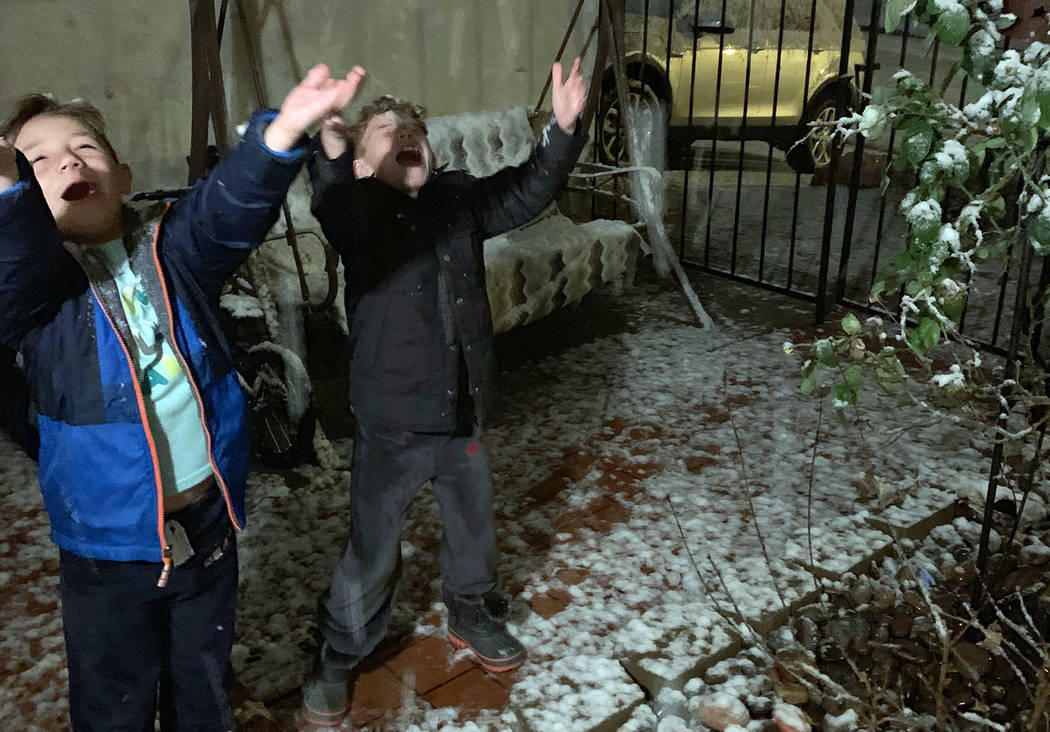 (Jasmine Urioste) Colton, left, and Cash Urioste play in the snow that fell in Boulder City on Sunday evening. 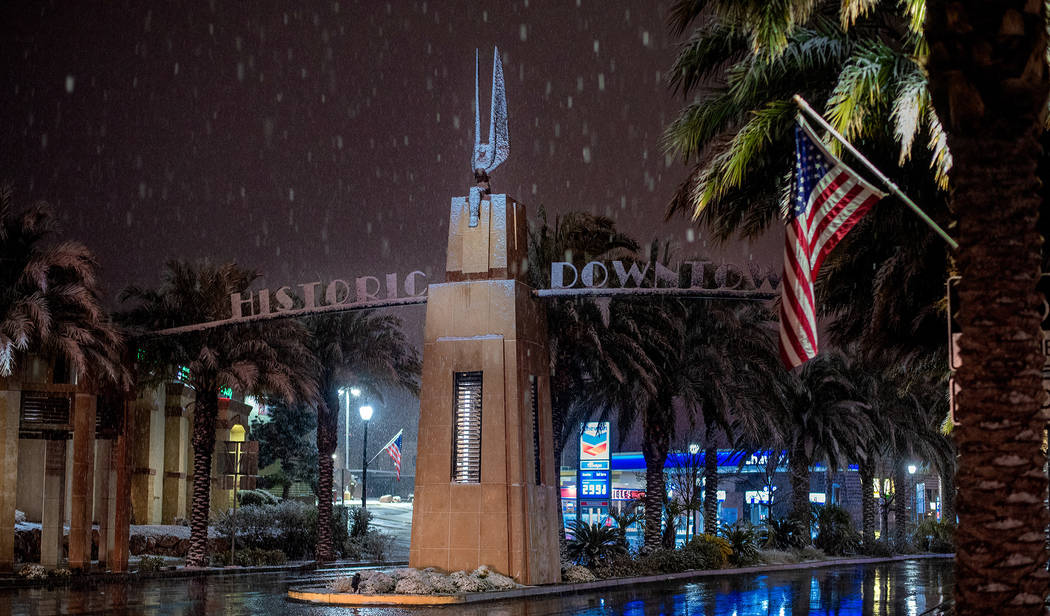 (Karl Larson) The first major snow in 10 years came down in Boulder City on Sunday evening. It was reported that more than an inch accumulated. 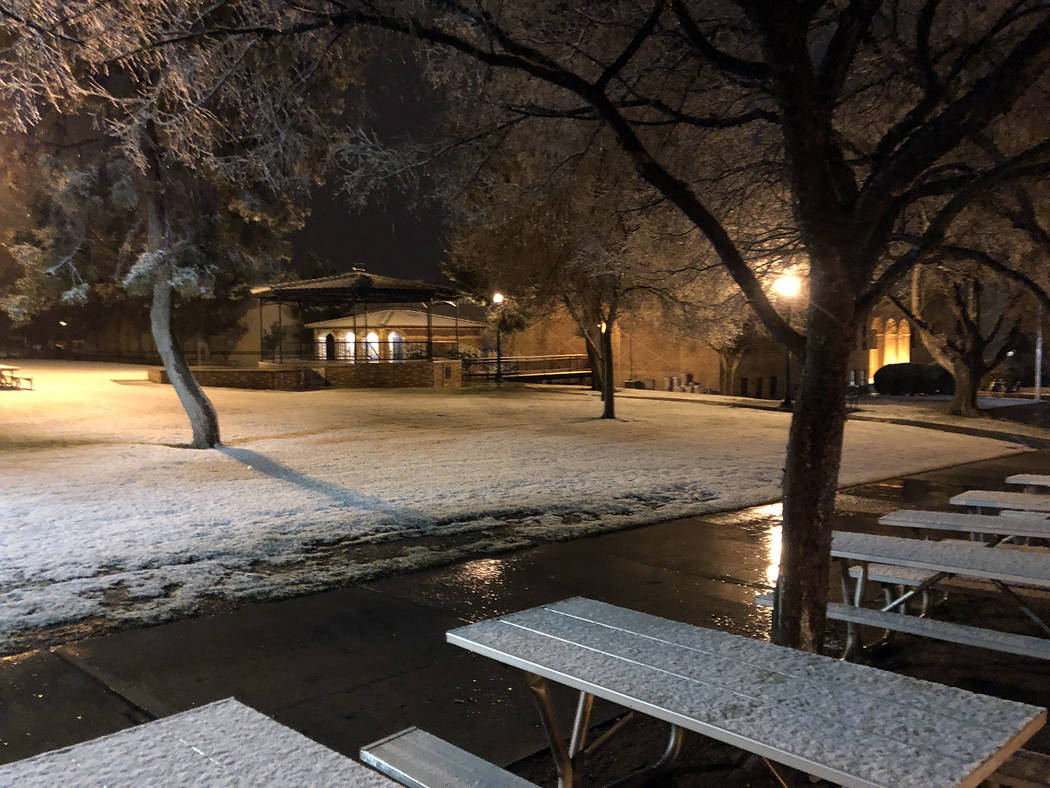 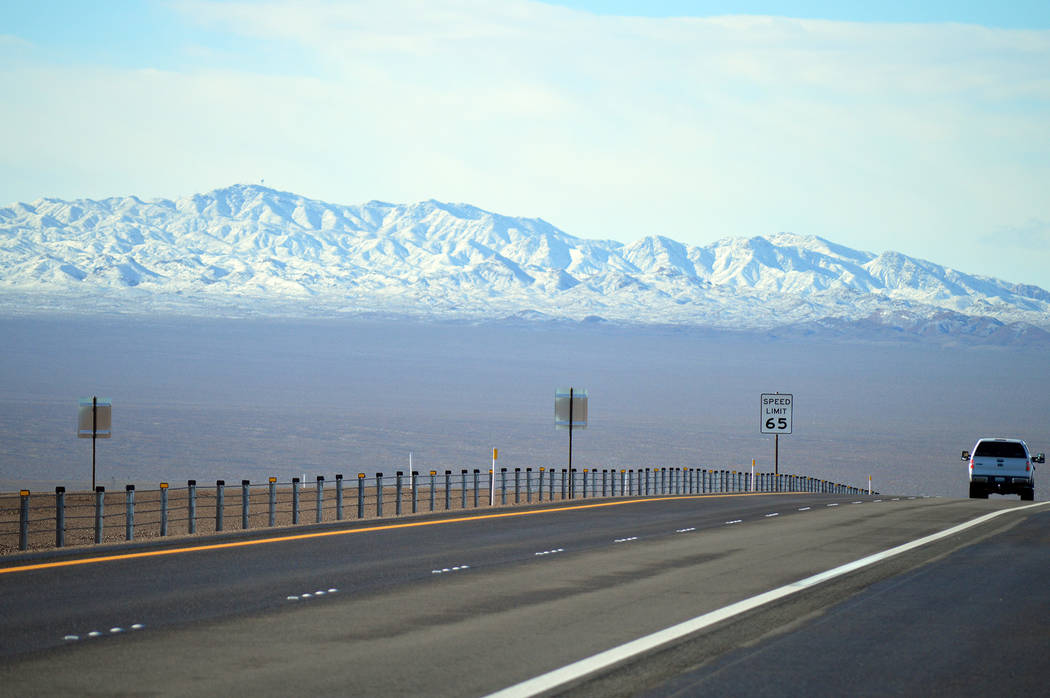 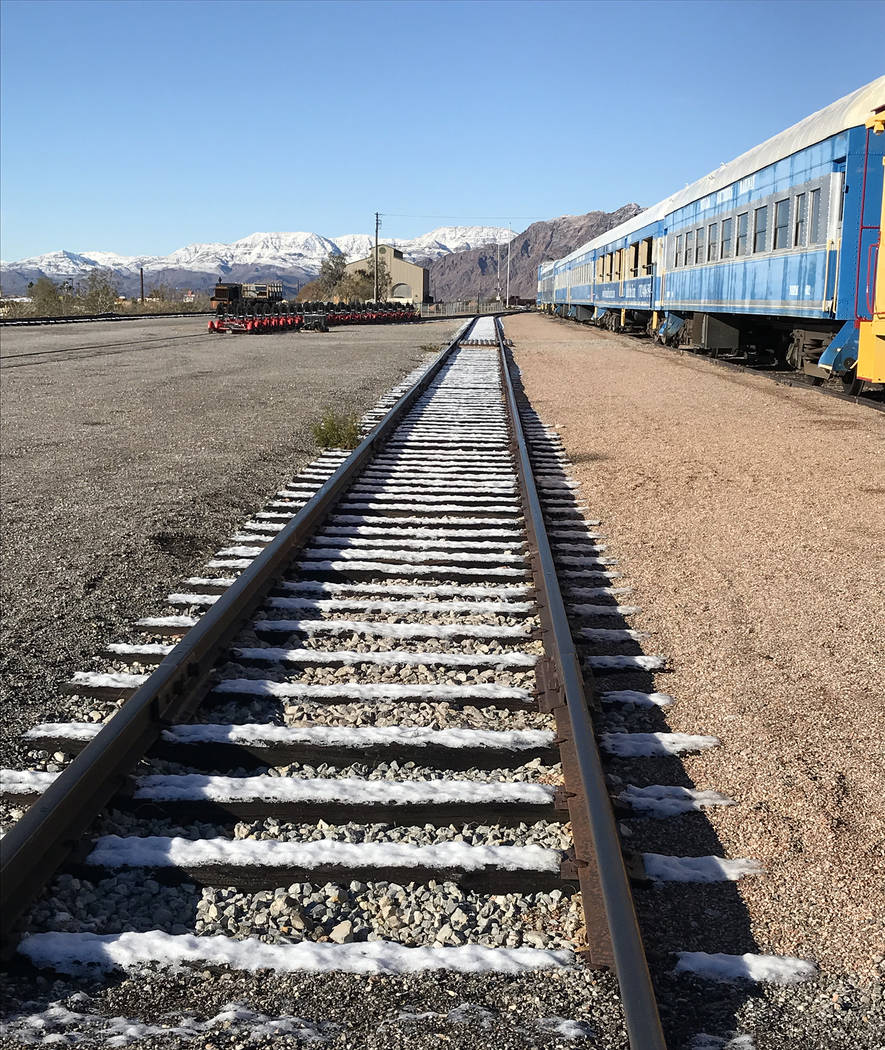 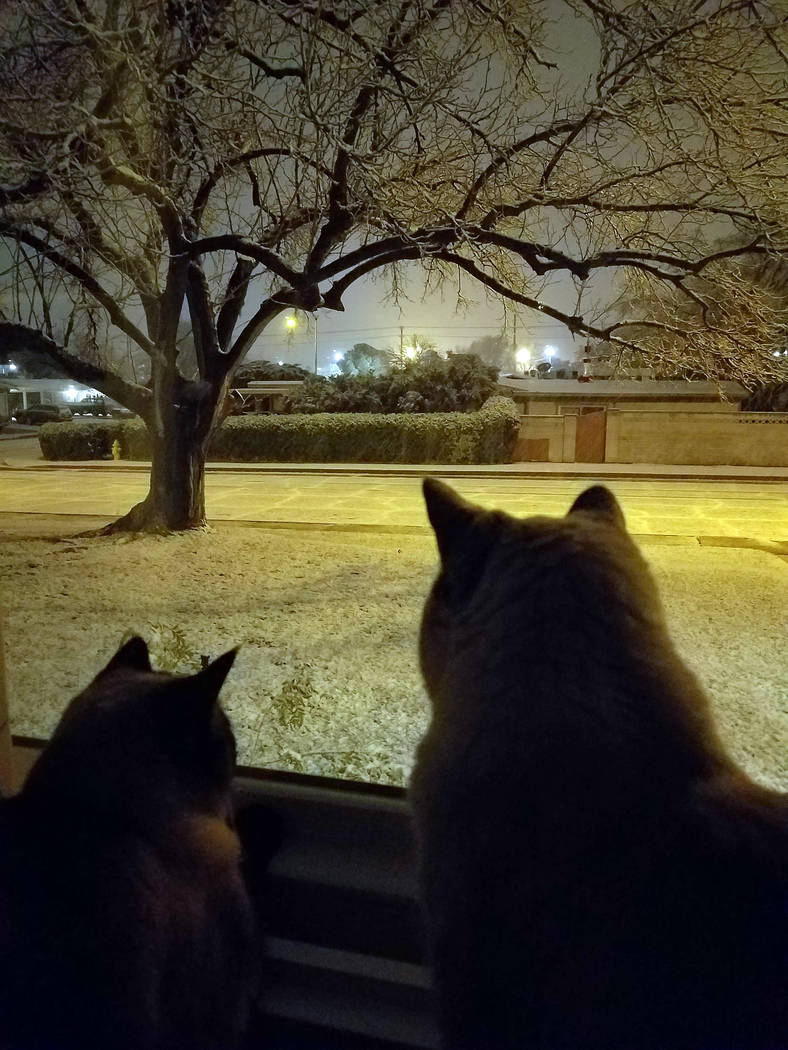 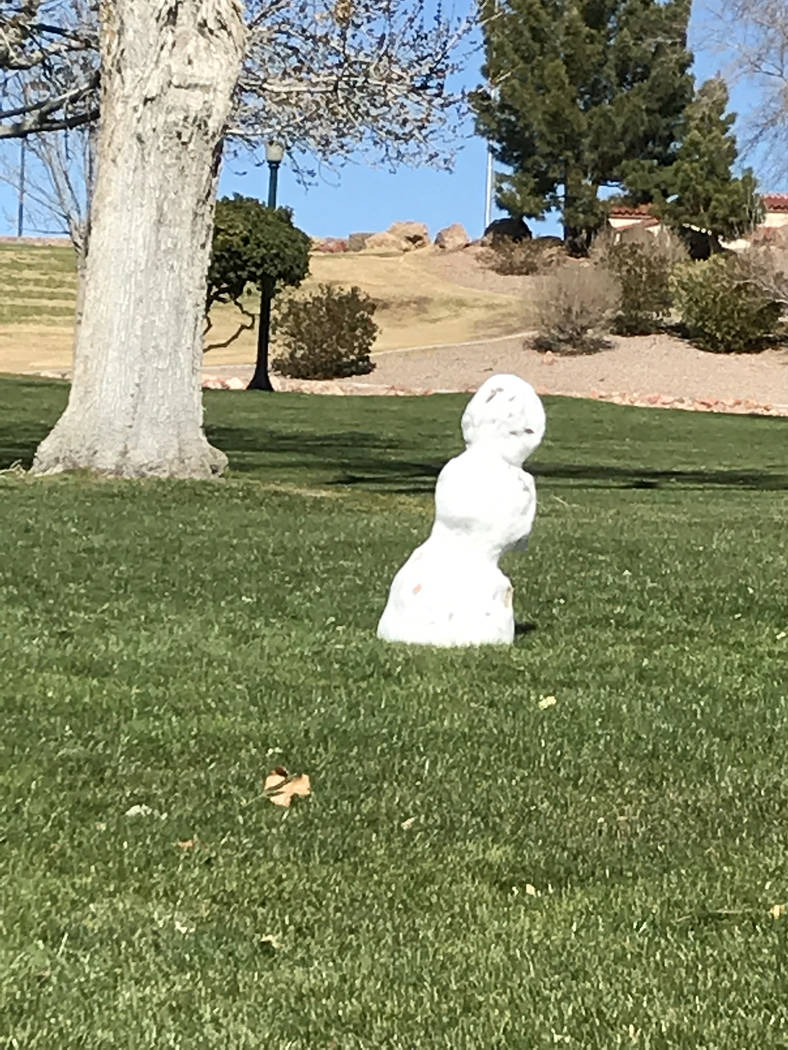 (Kathy McReynolds) The remains of a snowman can be seen in Wilbur Square Park on Monday, Feb. 18, 2019. About one inch of snow fell on Boulder City on Sunday night. 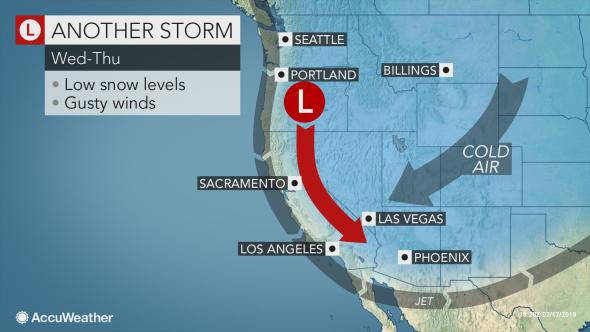 Boulder City was covered in snow last week, and it could be again as more snow is expected to fall today.

According to the National Weather Service, the town accumulated between half an inch and an inch of snow Sunday, Feb. 17. It melted soon after the sun came up Monday, but more snow is expected to start falling today before 4 p.m. There is a winter weather advisory for the area in effect until 4 a.m. Friday, Feb. 22.

The last time snow accumulated this significantly was in December 2008. McCarran International Airport had 3.6 inches while other parts of the Las Vegas Valley had 10 inches.

According to Accuweather.com, approximately 1.2 inches is expected to accumulate through tonight.

“An abnormally cold storm system is expected to swing southward along the West Coast during the middle of the week,” AccuWeather meteorologist Joseph Bauer said.

Also, wind gusts up to 35 mph are expected.

Temperatures are expected to remain in the low to mid-40s during the day through Tuesday, Feb. 26, with nightly lows ranging between 30 and 37.

Sunday’s snowy weather did not cause any accidents in town, according to Boulder City Communications Manager Lisa LaPlante.

With more winter weather expected, the National Weather Service is urging drivers to be careful on the road by driving slower than normal and leaving more room between them and the surrounding cars.

Sunday’s storm and icy conditions forced the closure of Interstate 15 between St. Rose Parkway and the California state line, according to the Nevada Highway Patrol. Today’s weather could pose similar problems for travelers. The latest road conditions can be obtained by calling 511.