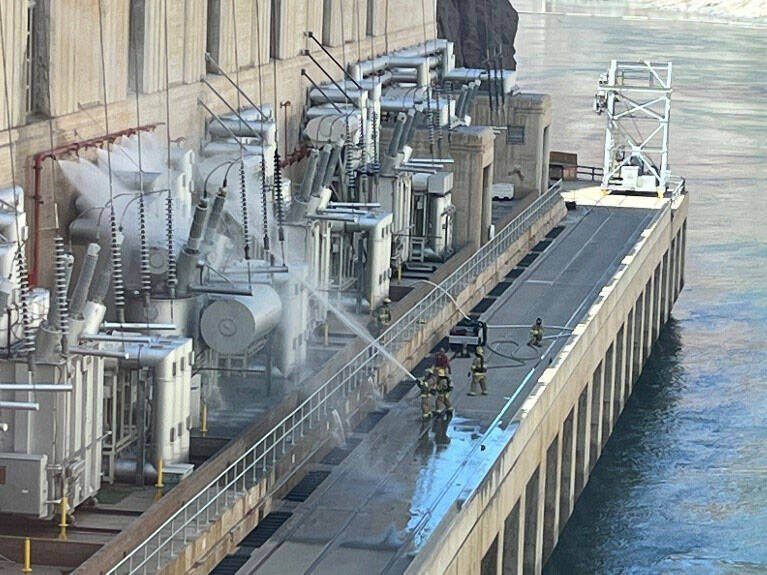 (Photo courtesy Bureau of Reclamation) A transformer at Hoover Dam caught fire around 10 a.m. Tuesday, July 19, and was extinguished by the Reclamation/Hoover fire brigade at 10:30 a.m. No injuries to visitors or employees were reported.

Regional Director Jacklynn Gould, regional director of the bureau’s Lower Colorado Region, said the A5 transformer caught fire at about 10 a.m. and “was extinguished by the Reclamation/Hoover fire brigade at approximately 10:30 a.m.”

She said there were no injuries to visitors or employees.

“There is no risk to the power grid and power is still being generated from the powerhouse. We are investigating the cause of the fire and will provide additional updates as they are available.”

As investigations into the cause of the fire continue, the bureau has discontinued tours today, said Doug Hendrix, a public information officer based at the bureau’s Boulder City office.

Boulder City Fire Department responded to the report of an emergency, but the the fire was extinguished by the time firefighters arrived on scene, according to a city official.

This is a developing story. Please check back for details.