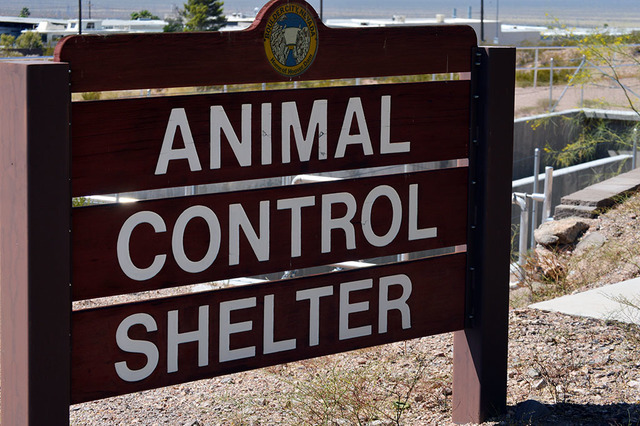 After fighting between two the organizations and concerns by donors, local nonprofit Boulder City Paws n Claws is no longer affiliated with the Boulder City Animal Shelter.

People have been concerned that the money being donated to the charity was not going to the shelter. However, Paws n Claws President Kathy Hicks said the money was never supposed to go directly to the shelter but toward improving the charitys microchipping and spay and neutering subsidies.

We have always been very clear that the money going to us is not going to the animal shelter, Hicks said. The shelter has a budget and it would be inappropriate for us to use the money for something other than our spay and neuter program.

Paws n Claws will reimburse people $25 for the cost of spaying or neutering an adopted pet from the local shelter and $10 for microchipping one.

However no one has signed up for the charitys program that launched last month.

Hicks said no one has used the program because the animal shelter currently spays or neuters as well as microchips all of the adopted pets with the help of the Community Cat Coalition of Clark County. The shelter began working with the coalition on June 27.

Our mission statement says that we reimburse people who spay and neuter pets adopted from the animal shelter, Hicks said. If the shelter is doing that already, then we can not use any of our money for reimbursements.

Since its creation in January, Paws n Claws has received $6,376 from individuals and businesses. The charity currently has $4,943 in its account after spending a little less than $1,500 on startup expenses such as nonprofit filings and office needs, including business cards and a website domain name.

Board member Kelly Fox said that they cannot wait to use the money for its original purpose to help animals, but can do nothing if the city is doing the work that their charity was created to do.

Almost all the animals that are adopted here go through the animal shelter, Fox said. We just wanted to make it easier for people to adopt a pet, but we cant do that because the shelter is doing what we intended to do. Boulder City Police Chief Timothy Shea said Paws n Claws has never been directly associated with the shelter nor has the organization said donations it receives would go directly into the shelter.

I was never under the impression that Paws n Claws was working with us, Shea said. Donated money goes to their spay and neuter program. The money was never supposed to go to the animal shelter.

The animal shelter is funded and run under the same jurisdiction as the police department.

It is true that the animal shelter and Paws n Claws never had a financial relationship, but they were at one point directly associated with promoting animal adoptions and finding lost pets. The two groups shared a Facebook page and the animal shelter still has a link to the Paws n Claws Facebook page on its website. The two organizations now post separately online.

The shelter and the charity terminated their relationship with each other on May 29 after a disagreement on what Paws n Claws would help with financially, according to Hicks.

The shelter wanted us to sponsor this dog with a skin condition, so I told Ann (Inabnitt, animal control supervisor) that she should use money from her budget because what we use our donations for are pretty clear, Hicks said.

Animal Control Supervisor Ann Inabnitt referred all comments on the matter to the Boulder City Police chief. The terminated relationship between Paws n Claws and the animal shelter has caused worry between certain members and donors of the organization.

One anonymous donor withdrew her $1,000 donation after the charity was no longer working with the shelter.

My understanding is that the BC Paws n Claws is no longer supporting the shelter, the donor wrote in an email to Hicks. I made a rather large contribution because I believed it would directly benefit the shelter. … If BC Paws n Claws wont be working with the shelter, I prefer to cancel my sponsorship. I would also like to receive a refund of my donation in order to try to achieve my original goal of helping the shelter.

Councilwoman Peggy Leavitt stepped down as a board member of the nonprofit on June 7 after she felt her work as a government employee caused a conflict of interest, according to Hicks.

Leavitt did not wish to comment on her time as a member of the charitys board of directors at Tuesdays City Council meeting.

If you wish to donate to either of the two separate groups, contact the shelter directly or visit bouldercitypawsnclaws.com.