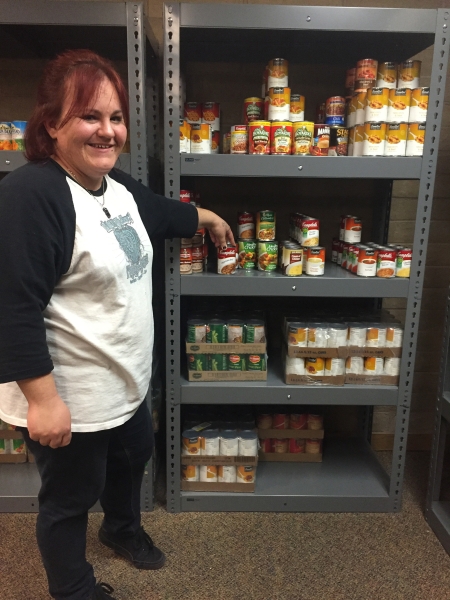 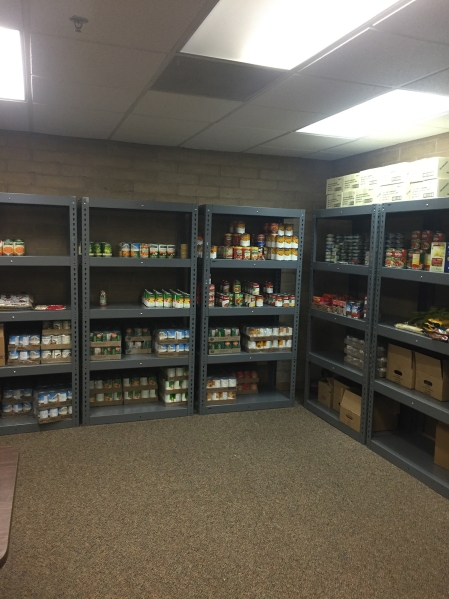 In the spring of 2015, the Senior Center of Boulder City lost its grant from the Health and Human Services Department that helped fund its food pantry. The $90,000 state-funded grant was split with Emergency Aid of Boulder City to fulfill the needs of both nonprofit organizations.

Because of the ongoing need for services, the senior center started a GoFundMe account on Jan. 15 to help keep the pantry open.

“Previously, before I put the GoFundMe on our Facebook page, we were worried we weren’t going to have the funds for the pantry,” Volunteer Coordinator Lacy Leyman said. “A lot of the community automatically assumed Emergency Aid was the only food pantry in Boulder City. I think since the Facebook post we’ve been getting a lot of community support.”

According to Leyman, the senior center can reapply for the One Stop Shop grant again in 2017. Until then, the center will continue to have to rely on donations from the community to help keep the food pantry afloat.

In order for any adult older than the age of 50 to receive help from the senior center’s food pantry, he or she has to be genuinely in need, a qualification that President Susan Johnson hopes that people are honest about because they currently don’t have a way of verifying one’s need.

“I think the senior center is such a wonderful addition to the community,” Johnson said. “They told us that what was left of the grant money was going to last us until the summer of 2015. Because we are very fiscally responsible, that money lasted us throughout the winter.”

According to Johnson, the food pantry serves an average of 129 low-income seniors a week, but that number has been known to fluctuate up or down depending on the week.

In addition to the pantry, the senior center provides hot lunches for anyone from 11:45 a.m. until 1 p.m., five days a week. Anyone younger than 60 has to pay a $5 fee for lunch, and a suggested donation of $2 is asked of anyone older than 60.

“The senior center becomes a safety net for these seniors. So when they come here, not only are we looking out for them nutritionally, but socially as well,” Leyman said. “When they come here they can get a hot meal. A lot of time seniors tend to suffer from isolation as well; coming here they are able to socialize with their peers from their generation.”

In March, the senior center will be participating in March for Meals, a program to raise awareness of Meal on Wheels, which helps fight senior hunger and isolation.

As of today, the center’s GoFundMe account for the pantry is well short of its goal, only having raised $430 out of the $10,000 goal in 20 days. According to Johnson, donating money is not the only way one can help seniors in need.

“It is remarkable the response we have received so far,” Johnson said. “Of course, monetary help is the greatest help, but volunteers are always needed at the senior center. A little bit of help can go a long way.”

If you want to donate to the senior center food pantry, visit www.gofundme.com/hnj9e3n8 or drop by the facility at 813 Arizona St.